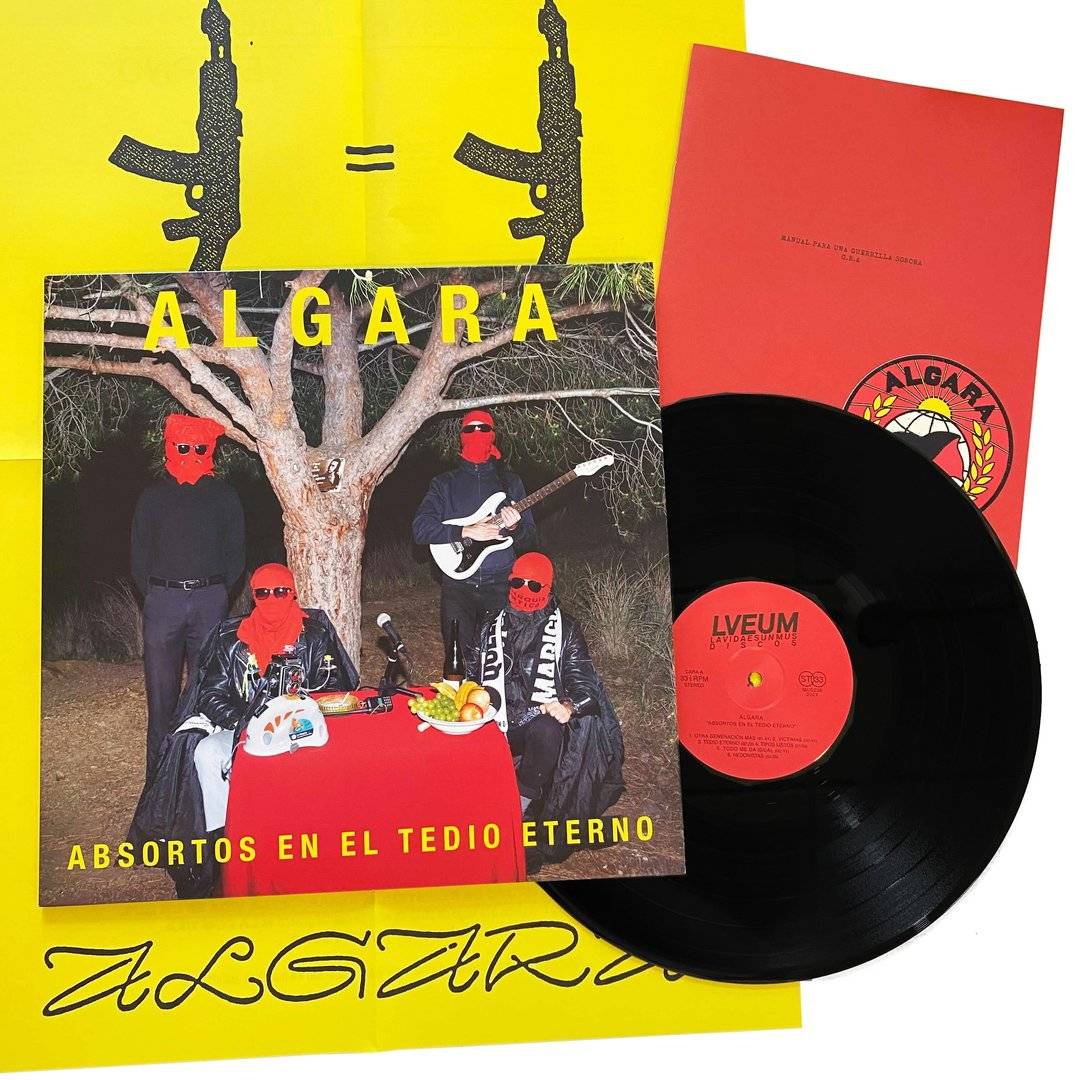 Algara: Absortos En El Tedio Eterno 12” (La Vida Es Un Mus) Apologies for rewriting Jeff’s staff pick from last week as my description, but he hit the nail on the head. I was intrigued by Algara’s earlier releases, but their first LP, Absortos En El Tedio Eterno is where everything comes together, a fantastic record rich with great songs and a stylistic three-dimensionality that keeps me coming back for repeated listens. Without sounding like anyone but themselves, Absortos En El Tedio Eterno incorporates everything from surfy punk to icy darkwave and a lot in between. While the songs cover a lot of stylistic ground, a few core elements of Algara’s sound—like the sassy vocals and the laid-back, surf-inflected lead guitar—carry through all the sounds they experiment with. In other words, it sounds like Algara knows what their strengths are, yet rather than rehashing the same ideas, they push themselves to recontextualize and recast what worked while pushing into new vistas. Beyond being ambitious and exciting, it’s just a fun record to listen to, its laid-back grooves drawing you in without exhausting your attention. Also like Jeff, my poor facility with Spanish leaves me mystified by the band’s image, but it’s aesthetically compelling even if I’m not able to get much from it philosophically. I’m jealous of those of you who can engage with Absortos En El Tedio Eterno on that level, because the depth of thought they put into the photography and packaging here (particularly the insert booklet) is obvious. I see this one serving a long tour of duty in my “recently listened” pile.