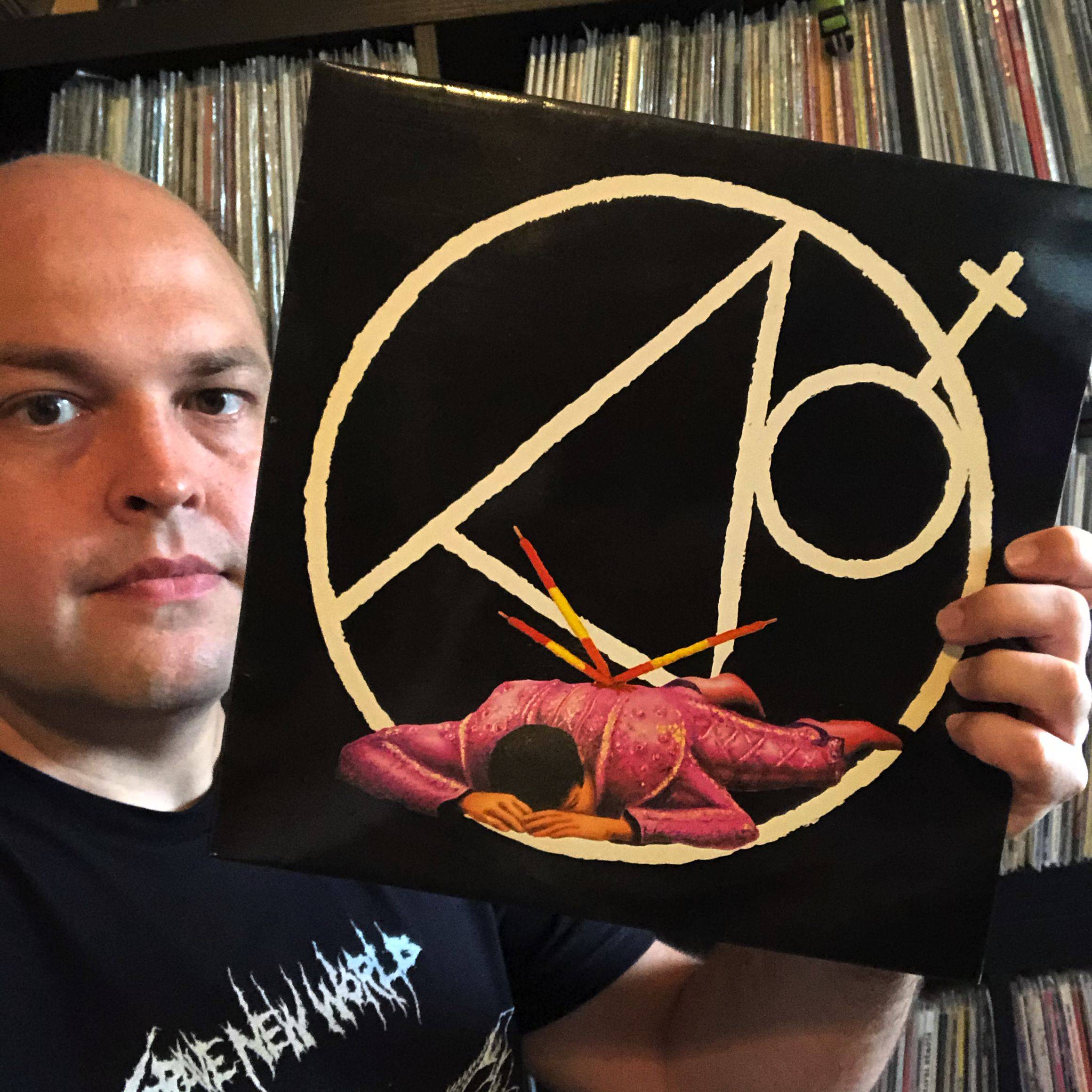 My pick for you today is the self-titled 12” EP from Madrid, Spain’s Toreros After Olé, originally released on the Nuevos Medios label in 1983. I first heard Toreros After Olé 10 or 15 years ago, and from the moment I heard them I was hooked. Eventually I got the tracks from this 12” on an excellent bootleg called Five Old Spanish Punk Rock Twelve Inches (highly recommended if you ever come across a copy!) and I recently upgraded to an original pressing which has had me spinning this record again.

I’ve never known much about Toreros After Olé, but I spent some time reading this morning and it appears they were a controversial band in the 80s Spanish punk scene. The band—in particular leader Manuel Malou—got tagged as interlopers because they had a musical past, having released rumba and pop music under names like the Gulfs and Manolo Y Jorge. Manolo Y Jorge released an LP on major label RCA and even had their eyes on the Eurovision Song Contest. While it was hard for reviewers to deny the power of the music, zines from the more DIY / anarchist end of the scene criticized Toreros After Olé’s credibility and their political stance. (This info all comes from the excellent Wikipedia page on Toreros After Ole, by the way.)

It makes sense to me that the members of Toreros After Olé had a music industry background, because this 12” is a very strong production. Like a lot of the “fake punk” that came out of the UK (see the awesome Who’s a Punk bootleg compilation LP), even if Toreros After Olé’s hearts weren’t in the music’s political dimensions, this record clearly benefits from their songwriting and studio experience. The 12” has a big, clear, and powerful sound that rivals the best American punk records, not to mention great songwriting.

Speaking of which, another unique thing about Toreros After Olé is that they sound more like an early 80s American hardcore band than the punkier, moodier sounds I associate with classic Spanish punk bands like Ultimo Resorte, Paralasis Permanente, and Vulpess. In particular, Toreros After Olé reminds me of the tightest, most complex and explosive American punk records like the Circle Jerks’ Group Sex or Dead Kennedys’ Plastic Surgery Disasters.

While this 12” was Toreros After Olé’s only release in the 80s, 2011 saw an archival release called Grabaciones RNE 1984 that contains a live set recorded in 1984 for Spanish Public Radio. Most of the songs they play appeared on the 12”, but there are two excellent unreleased tracks and, like the 12”, the production is great. The vinyl pressing from 2011 is long gone, but it’s available digitally on Manuel Malou’s Bandcamp page, right alongside his more recent rumba recordings. 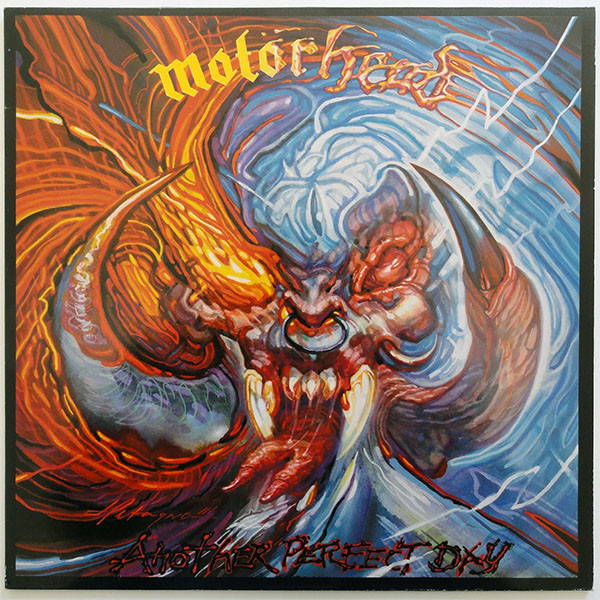 I’m gonna try to keep the tirade brief this week (but we’ll see): A couple days ago, Daniel mentioned to me and Usman about a YouTube video where this English dude visits several punk and metal record stores in Japan. I rather enjoyed it and decided to check out more of this dude’s content on his YouTube channel. Come to find out that this guy Mike is quite a knowledgeable record collector with a very broad taste in all things punk and heavy metal. Basically, he’s a huge record nerd… but then again, aren’t we all?

In one of his early videos that I stumbled across, Mike goes through all 23 studio albums by Motorhead (all of which he owns on vinyl) and ranks them from worst to his favorite. Now, my initial reaction was… Holy shit, there are 23 Motorhead albums??? A few of the ones from the late 90s and early 00s I’d never really listened to before, so it was cool to have some light shed on them. I like that, while he doesn’t necessarily pull punches, Mike does give a bit of credit and respect to each record and points out their merits. It’s a bit long, but you can check out that video here: https://youtu.be/s9TQ-i0Pluc

What I really want to talk about, and Mike even acknowledges possibly catching heat for this ranking, is the rather unexpected choice of Another Perfect Day as his favorite Motorhead record. Even when I was a teenager and listened to Ace of Spades and Overkill to death, I remember gathering both from peers and general public perception that Another Perfect Day was one of Motorhead’s most maligned albums in their discography. For many years, I never really even gave the record a shot. So… Why did this album catch so much flack? Admittedly, it is a huge musical diversion for the band. The gun-slingin’ blues-based riffing and thunderous double-kick are exchanged for many songs that are not only more melodic, but can come across as more melancholy and introspective. Also, you have the dissolving of the classic 3-piece lineup, where Fast Eddie Clark is replaced by Brian Robertson, most well-known for his time playing with Thin Lizzy. But now I must admit as I’ve gotten a little older, this largely disregarded album from 1983 is the one I tend to gravitate to more than any of their early classic records.

Now, don’t get me wrong, as a devout worshipper at the church of Motorhead, I would never criticize the formula that IS what makes Motorhead the band that they are – I love those early records. Still though, I don’t really understand the distaste for the band’s musical shift on Another Perfect Day. Without trying to sound too pretentious, for me, the melodic complexity and musicality that goes into the songwriting on this album provide an extra layer of “depth” that gives the listener more to sink their teeth into. As far as the splitting up of the classic lineup of Lemmy, Fast Eddie and Phil Taylor, the last record they put out with that line-up was Iron Fist. I do love that record, but aside from the title track and a few others, Iron Fist is probably the weakest of the early records. Top to bottom, Another Perfect Day is far superior, so what were people missing so badly? Also, as much as I love the blazing licks from Fast Eddie, I just think Brian Robertson smokes him as a guitar player. I think his melodic sense of playing gives riffs on even the most ripping songs like “Shine” more color, but also mood and feeling. Not only are the riffs great, but also Robertson’s lead playing on this record is some of the best on any Motorhead OR Thin Lizzy record. Yeah, I said it. And finally: the SONGS. I won’t go track by track, but “I Got Mine” is probably one of the best Motorhead songs ever.

Shit, I feel like my last several staff picks have just been me defending “underdog” albums, so sorry if that angle is becoming dull. Thanks for humoring me. 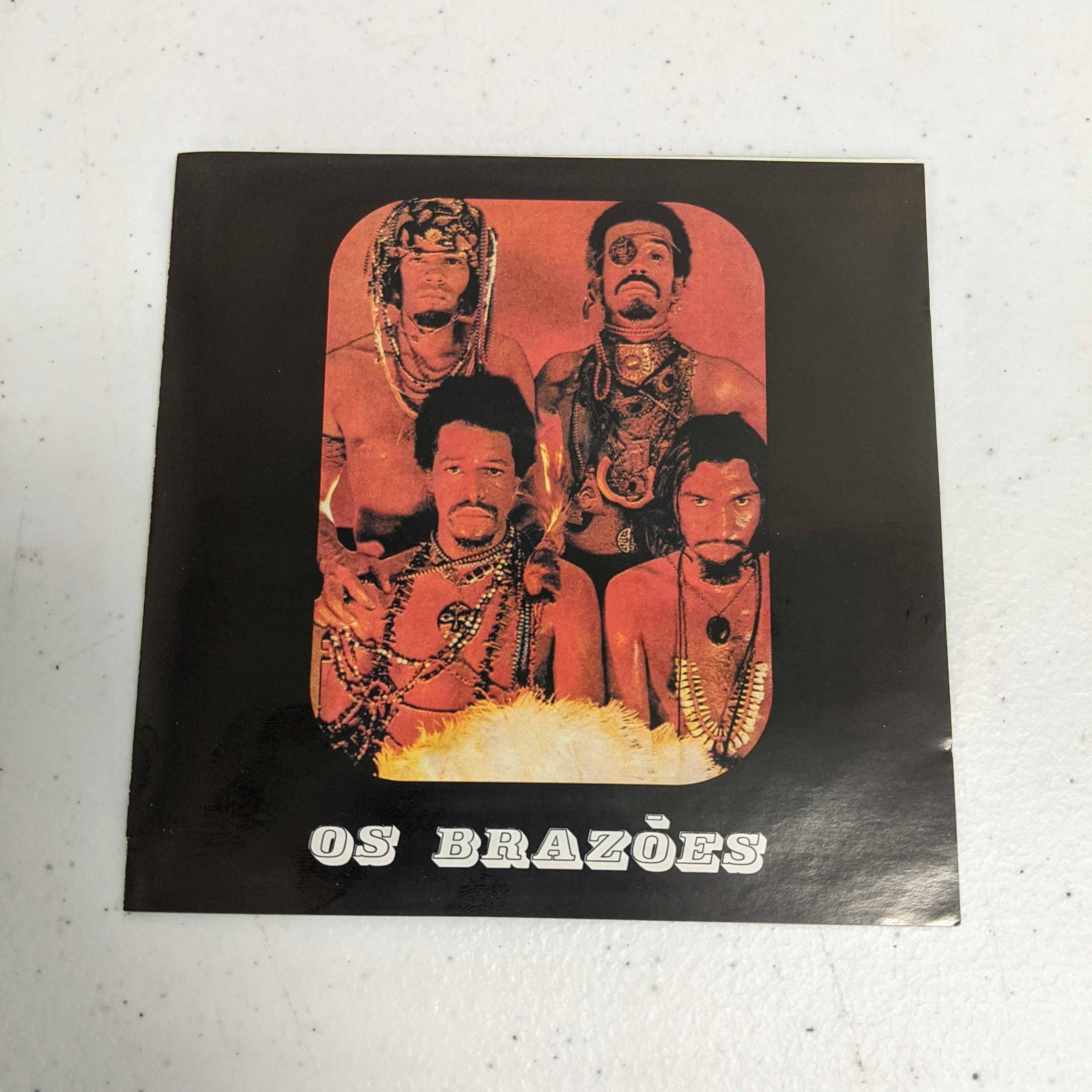 Hello everyone, thanks for taking the time to read our newsletter and hopefully we can continue to point you towards records that we think you might enjoy. This week I have a good one for you and one that has been on constant play in my car CD player this past week or so.

As summer ends here in North America, it is just beginning in Brazil, so why not go south of the equator for my pick this week? This is a record that might well be the perfect album in my opinion and the ultimate example of the Tropicalia sound. It’s an opinion shared by many as originals of this record go for big bucks-you can buy a beat up copy now on the internet for a cheap $600. When the rest of the world caught up with the wonderful music called Tropicalia in the 90’s, we began to see reissues of these great records by Os Mutantes, Gal Costa and Caetano Veloso, to name three artists, appear on the market place. Os Brazões, though talked about, were rarely heard pre-internet by anyone without access to an original copy. In the early 2000’s a CD was issued and for most it was the first time hearing the record. Nowadays as a music fan or just casual observer you can have instant access to pretty much anything but it wasn’t always that way. I have kept that CD all this time because I pretty much knew I would never own it any other way. Over the years I bought thousands of CDs but recently found myself having to part company with most but did keep a few select records. I don’t play them much to be honest and hadn’t played Os Brazões for ages. It was whilst looking for my Serge Gainsbourg stuff that I saw it again and stuck it in the car CD player where it stayed. With the album fresh in my mind I looked it up and was delighted to see that Mr. Bongo in the UK had done a reissue back in 2015. Equally delightful was finding that our good friends over at All Day Records in Carrboro, North Carolina had a copy in stock and so I was able to support a local business and get this primo wax into my home. Love it.

That’s enough of the preamble, let’s get into it. The reason I think this is a perfect record is because it captures you from the very first note and each and every song has the perfect intro and keeps you interested right until the end. As a DJ I am big on intros. You need to set the mood and hook ‘em as soon as you can. First track on the album the band tell you what they are about but don’t give away all their tricks just yet. The song, Pega a voga cabeludo, begins slowly with bongos, then flute, adding percussion, bass, acoustic guitar, drums and an acid guitar line straight out of the Os Mutantes songbook. The last touch is the vocal and within forty seconds the band have created their Brazilian, Tropicalia inspired version of Memphis Soul Stew, a track that some of you might be familiar with. Comparisms to American soul and funk crop up frequently throughout the record. There are plenty of tasty funky moments and I am convinced there’s a sample or two for progressive hip-hop producers to use.

In addition to the funky elements, there is also a garage-psych feel to several tracks. Song Feitiço, positively drips in fuzz guitar. It’s funny how, similar to many Eastern European groups in the 60’s, they skip the early progression of rock that western bands went through and almost go straight from folkloric type sounds to acid psych krautrock overnight. Os Brazões don’t quite stray into this territory but hopefully you get what I mean. They manage to keep all the elements of indigenous Brazilian music and add the western pop and rock sound without losing their identity and in the process create something new. Precisely what the sound of Tropicalia was all about. Os Brazões actually were the live band for Gal Costa although did not play on her awesome records. Seek those out along with the Os Mutantes records from the same time period if you are not already familiar. I believe I recommended the fantastic Caetano Veloso record before in the newsletter and if you were turned on by that then the Os Brazões album is definitely right up your proverbial alley. It’s just got the balance right for my ears and the fact that it’s a bit grittier and funky in places than its contemporaries is not a bad thing. Freaky, happy, groovy stuff that they seem to do so well in Brazil. I hope you will check it out and enjoy the record as much as I do.