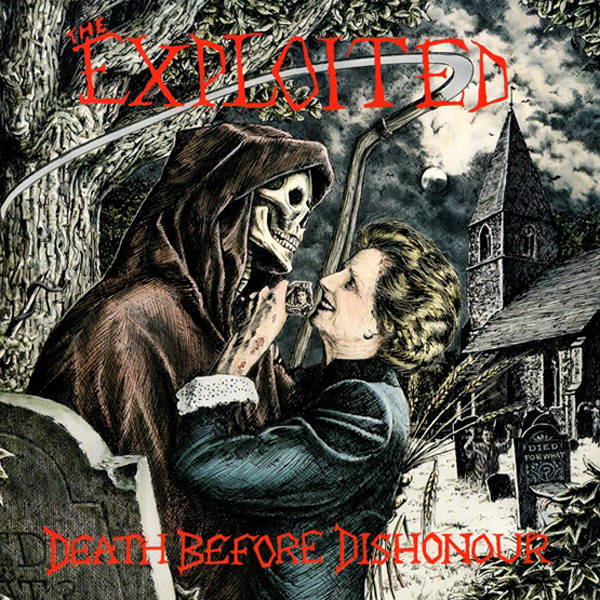 This week I have a good old-fashioned hardcore punk recommendation for you. I heard the Exploited’s 1987 album Death Before Dishonour at a party a while back and was surprised by how good it was. While I haven’t listened to it in ages, I remember not really being into their previous album, Horror Epics, so I’d never given DBD a look. I made a mental note to find myself a copy, and this week I finally nabbed a UK original. It turns out it’s even better than I remember! As was the case with bands like Discharge and Sacrilege, the Exploited drifted toward straight up metal over the course of the 80s, but their take on metal here is tough, economical, and downright savage in its playing style. I believe the Exploited were touring regularly throughout this period, and the band is razor-sharp. They give the people what they want, pounding out song after song crammed with killer metallic riffs and an all-go, no-slow mentality that I imagine kept the crowd lively between the more familiar (and more anthemic) older tracks. In particular, if you’re a fan of the way Broken Bones balanced ripping metallic riffs with anthemic hardcore punk, I’d encourage you to snag a copy of Death Before Dishonour for yourself. Originals aren’t hard to come by (there was also a well distributed US pressing on Combat), and good looking reissues come in periodically at Sorry State as well. 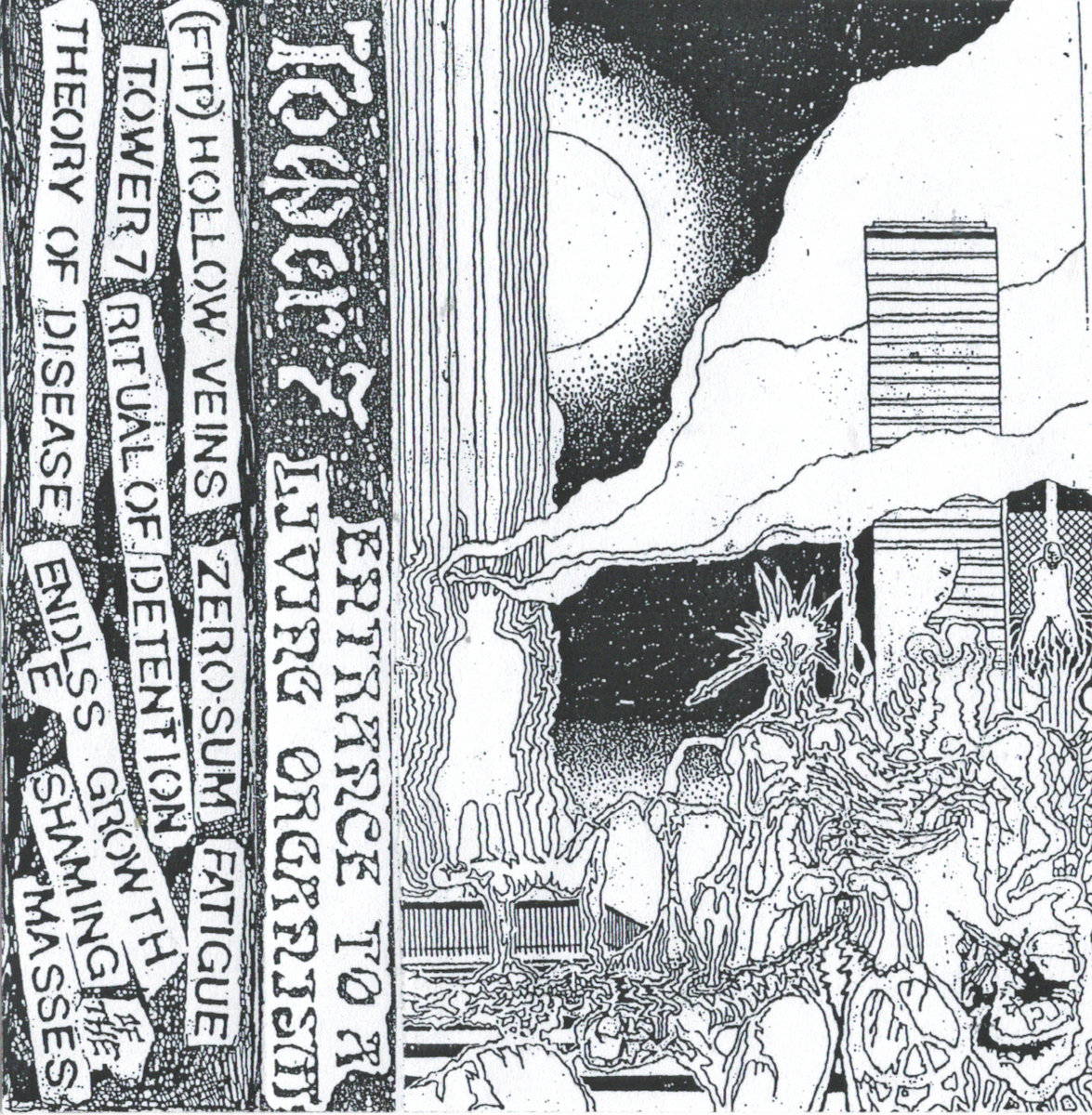 I hesitate to write about new releases before we actually have them in the store, but goddamn this new tape by Tower 7 is so killer. They’re a newer band from the D4MT Labs camp, but I’m not sure if it’s people from Kaleidoscope or not. If that’s the case, it would not surprise me. Recently, I feel like in different pockets of the punk scene there are some newer bands popping up that have incorporated a darker, heavier crust influence into their sound. Bands like Rigorous Institution and Subdued come to mind. Tower 7 also seem to be leaning in this direction, but while they self-describe in this way, their interpretation of “crust” is pretty void of slow and boring passages of metal influence. Really, Entrance To A Living Organism just sounds like a dark and disgusting hardcore record. They capture the weight and eeriness, but also manage to sound left-of-field with noisy weirdness -- and most importantly, without sacrificing rage or intensity. This is one of my favorite new bands I’ve heard in a while. This tape is sold out from the label and I think Sorry State is only getting 20 copies, so don’t sleep on this!! 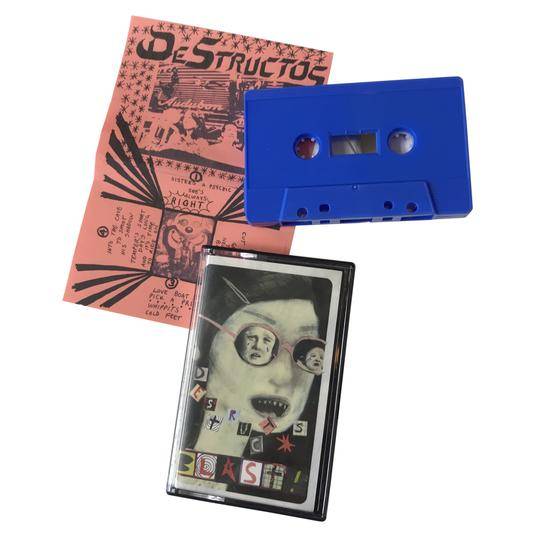 This group is really hard to pin down. Self described as "evilrobodancerock," this Philly duo plays groovy, noisy, and nasty post punk. I love the dueling vocals and the simplistic yet dissonant chord structures. I always loved Cassidy's vocal style in Blank Spell, so it's cool to hear her yelling AND playing drums in another sick (albeit different) group. A very refreshing listen for those who are sick of the same old stuff! I've probably jammed this tape about a dozen times now. 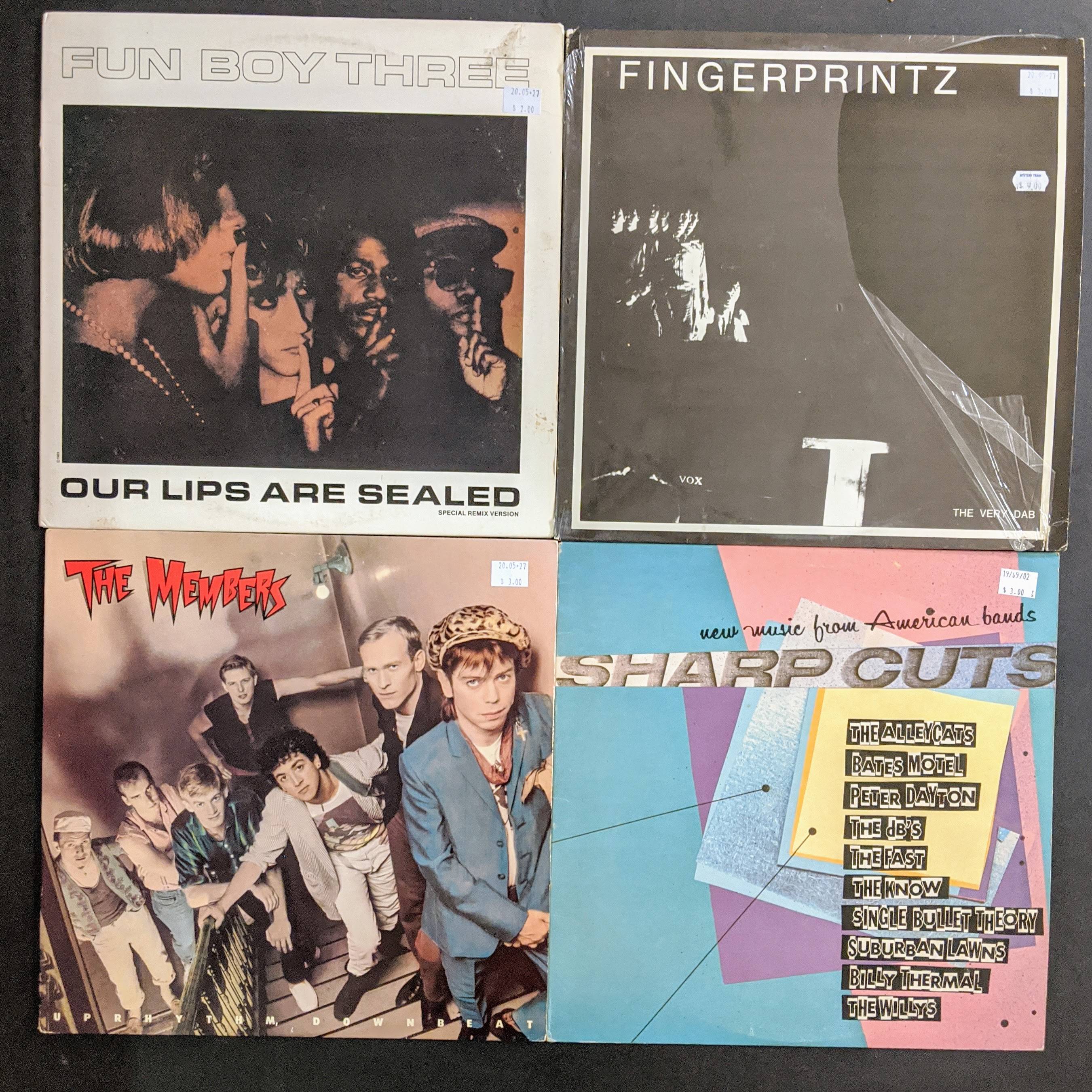 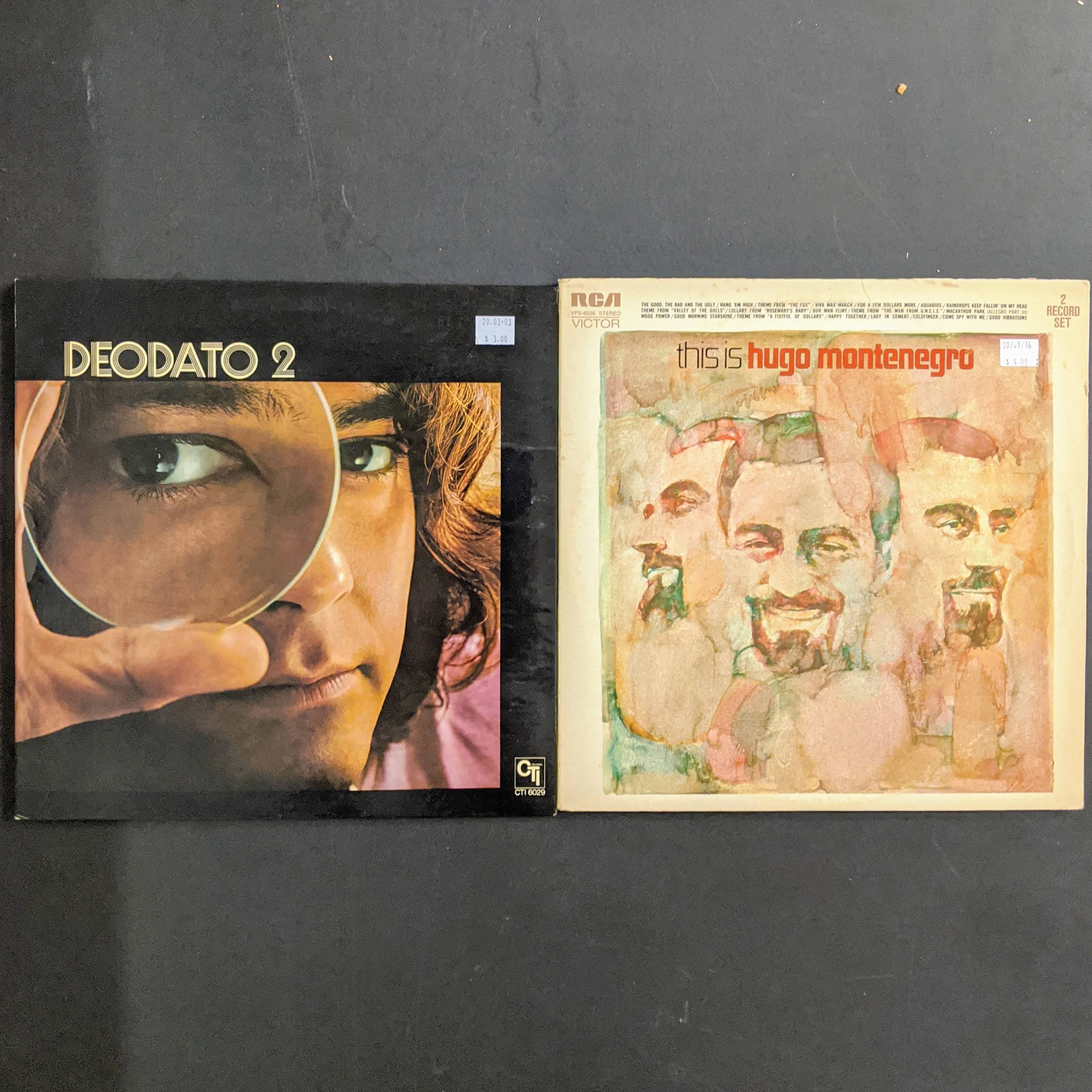 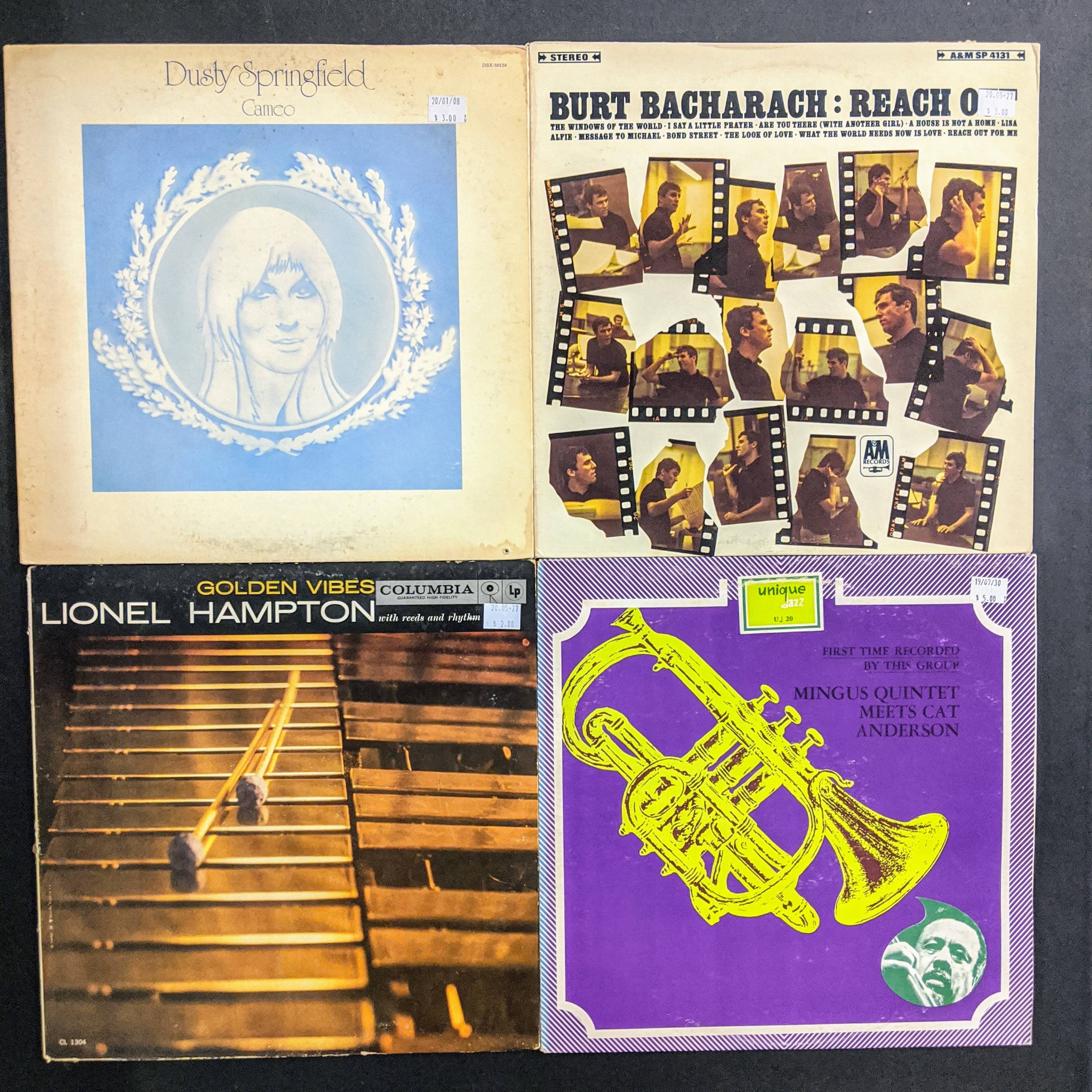 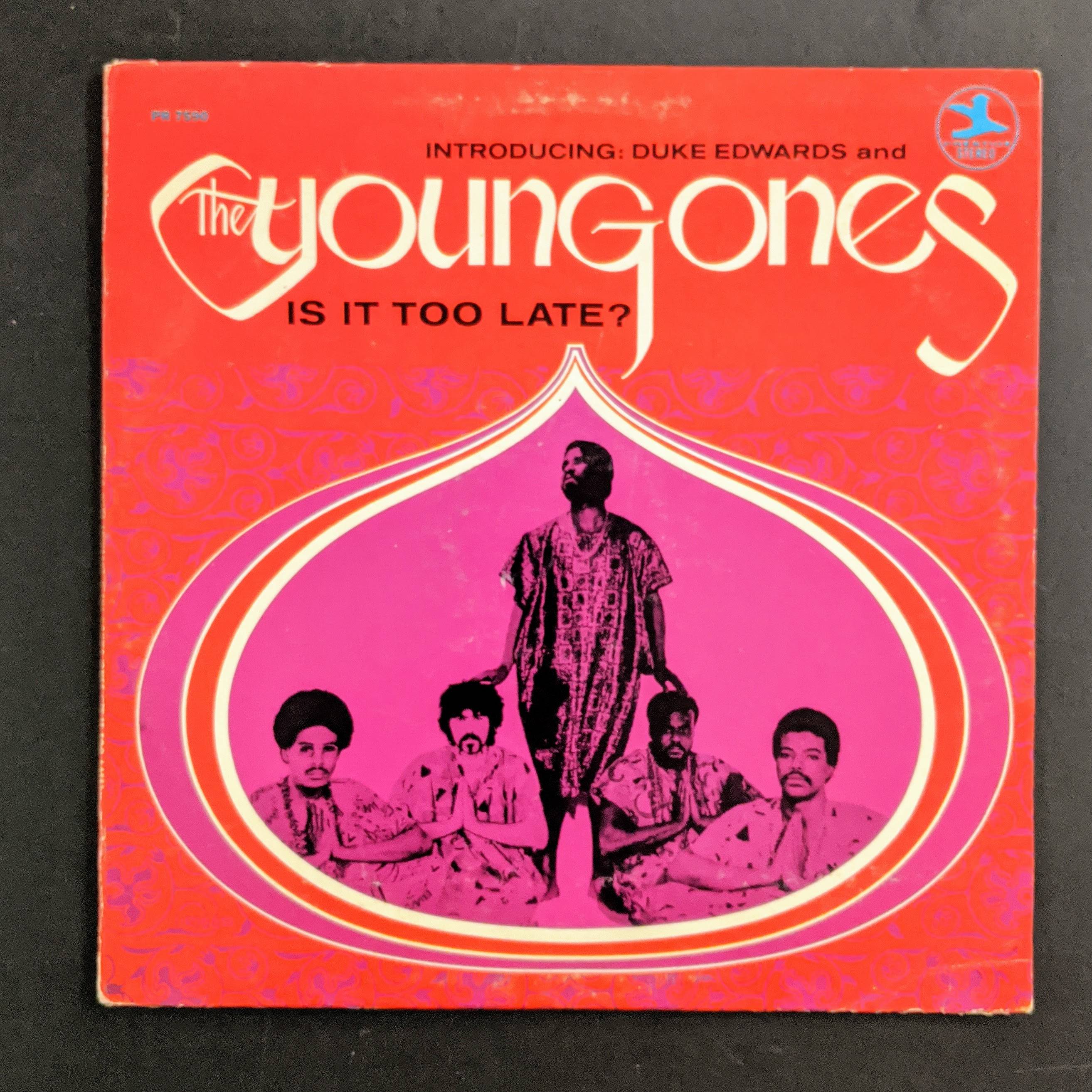 Hi everyone, it’s another newsletter and another Dom’s Digs, where I delve into our Bargain Bins here at the store and pull out a handful of interesting records that won’t set you back more than a few dollars each. Check out the Flip Videos and the links for the full list of this week’s and previous week’s digs. Cool. Off we go then with ten records that I recommend.

1: $2 Fun Boy Three: Our Lips Are Sealed. What happens when a Special meets a Go-Go? Well this great song for one. Terry Hall and Jane Wiedlin wrote this and David Byrne produced it. This 12” also has a special remix version and an interesting Urdu version. Two bucks, c’mon.

2: $3 Fingerprintz: The Very Dab. New Wave band from Scotland and their debut LP. For fans of power pop and new wave, this has some moments.

3: $3 The Members: Uprhythm, Downbeat. Another UK New Wave group and their third from 1982. There’s no Sounds Of The Suburbs on here but they do treat us to a reggae take of Kraftwerk’s The Model which I kind of like.

4: $3 Various Artists: Sharp Cuts. Across the pond now and a nifty compilation of American New Wave. Some names you may know like The dB’s and The Alleycats are on here. A highlight for me was the song Last Supper by Peter Dayton. Worth investigating.

5: $3 Dusty Springfield: Cameo. You should already be bowing down at the altar of the great Dusty Springfield. An icon. This is a terrific early seventies album, mostly in an adult pop style but with some soul and groove also. It features the cream of the L.A. session musicians known collectively as The Wrecking Crew. Highlight for me is first cut Who Gets Your Love, a dramatic burner.

6: $3 Burt Bacharach: Reach Out. No one epitomizes the sixties as much as Burt Bacharach. The songs he wrote with Hal David ruled radio and the silver screen alike. Mostly working with other artists, this album is by the man himself and features many of his hits. Fifty years later and like the songs says What The World Needs Now Is Love.

7: $2 Lionel Hampton: Golden Vibes. I’m a Jazz head and love the sound of the vibes. This is an original pressing with a little crackle but it’s not too bad and still well worth the two bucks. Just nice mellow music.

9: $3 Deodato: Deodato 2. Still in the seventies and in a Jazz mode but with a little more soul and groove with this one from keyboardist Eumir Deodato. He covers Nights In White Satin for the opener, a nice groover it is too. Highlights elsewhere include Skyscrapers and Super Strut where guitar duties are ably handled by John Tropea. In one of those cool CTI Records sleeves too. Funky.

10: $4 Hugo Montenegro: This Is. I’ll tell you what this is, it’s a terrific double of HM’s scores for several great movies. He worked on music for Spaghetti Westerns, you get music from A Fist Full Of Dollars and For A Few Dollars More. He did spy stuff, there’s Our Man Flint and The Man From U.N.C.L.E. He also did music for Hair and Valley Of The Dolls. It’s all here. Well worth checking out.

There you have it. Not a bad selection. Good records at great prices. Guaranteed.

Before I leave you, I wanted to also recommend a record that I have in my collection but that came in the store the other day in a buy and which Ava and I played today. It’s by Duke Edwards & The Young Ones called Is It Too Late? on Prestige Records from 1968.

On the surface, it is a soul-jazz record but it really is one of the most righteous records you will hear and sadly is just as relevant today as it was 52 years ago. Duke Edwards was a member of Sun Ra’s Arkestra and this project apparently yielded a lot of material but this one album was all that was released. You will be given a sermon on social ills and the need for love and respect for each other all backed with a subtle but grooving musical accompaniment. To quote the original liner notes “There is no possible way of putting in print what the Young Ones convey with their music. It is more than a potpourri of the classics, rhythm and blues, jazz, Afro-Cuban, calypso and pop. It’s rather an experience. To categorize the sound of the Young Ones would be too difficult. It is in no recognizable bag. Let’s just label it as indescribably beautiful”. ‘Nuff said. 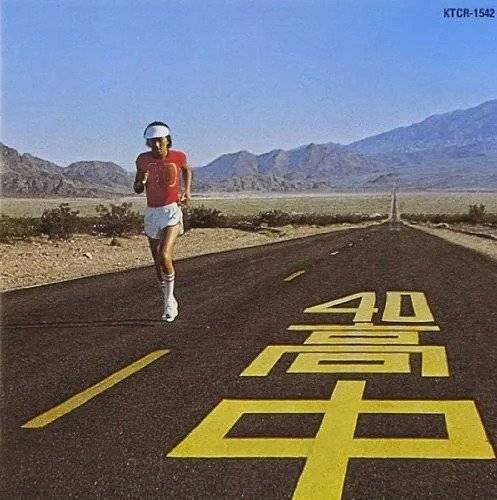 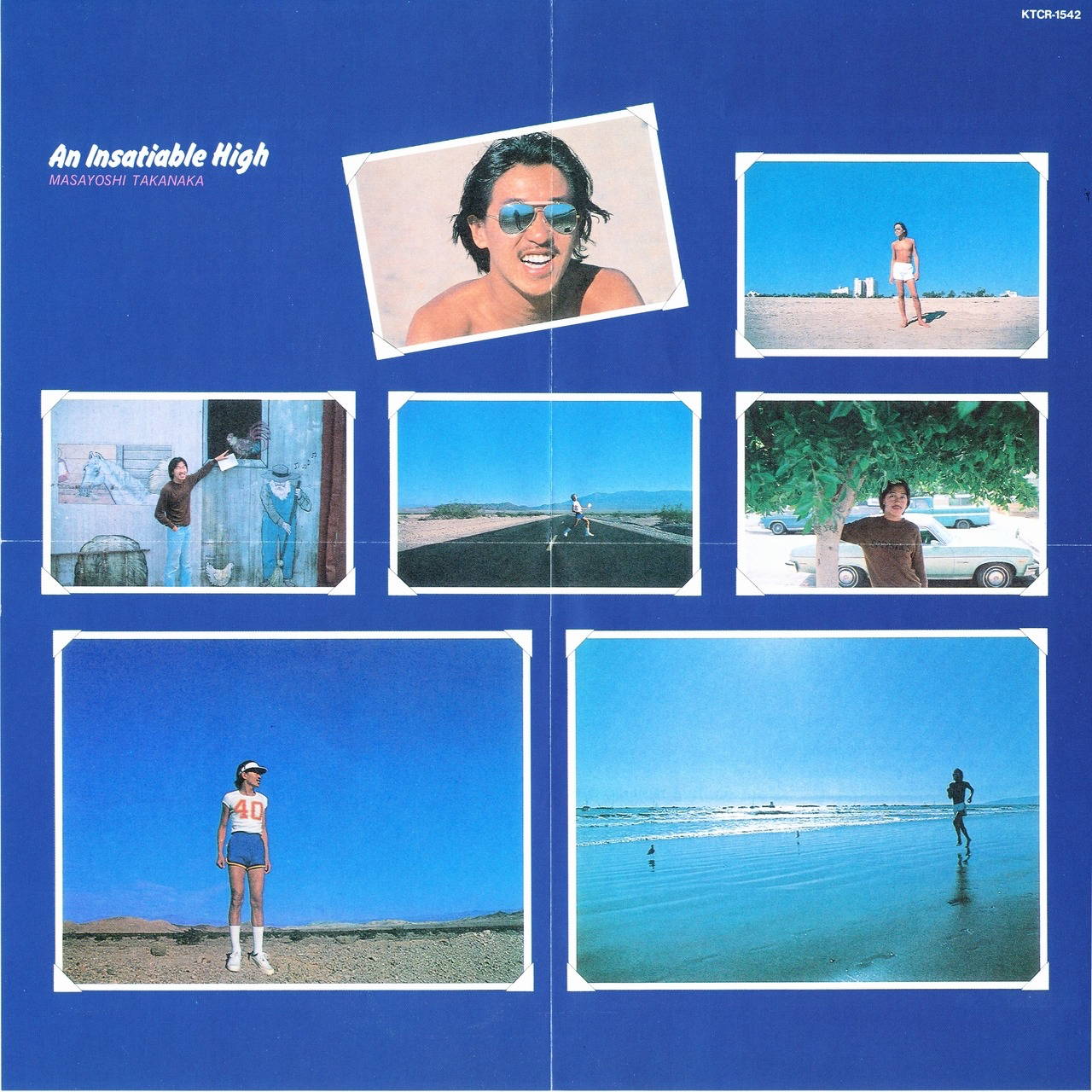 This album has QUICKLY made its way onto my all-time-favorite albums list the last few months after re-discovering. I remember coming across this years ago skimming youtube with a friend, just listening to stuff that had interesting covers. The first song hadn’t finished yet and he immediately bought it off Discogs. City Pop/Jazz Fusion/Funk/Soul fans have got to hop on this one STAT. It’s such a wonderful album, Masayoshi’s guitar playing is always so interesting and fun. You cant help but want to groove when that first track comes on. It’s perfect to listen to while working, relaxing, being outside with headphones on, and especially while cooking for me personally. I highly recommend putting this on for a listen first thing in the morning some time when you’ve got the chance. It never fails to put me in a good mood.