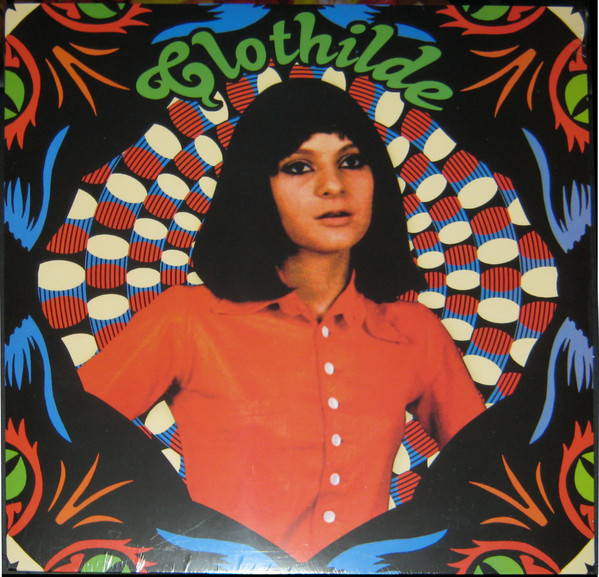 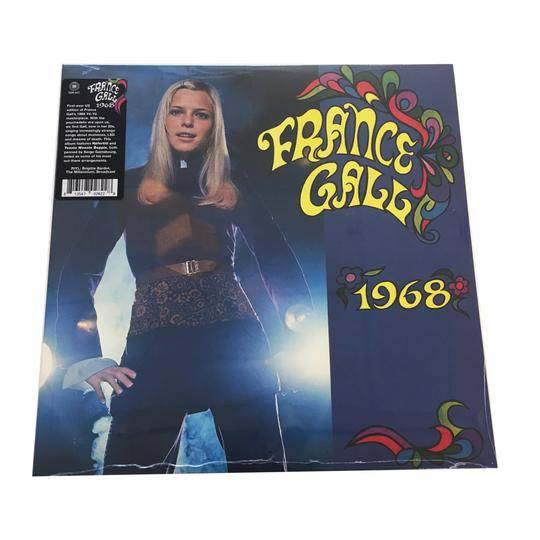 Lately I’ve been listening to some French Yé-yé music. If you’re uninitiated, Yé-yé is a style of pop music that came from Europe (mostly France) in the early 60s. It tends to be sunny and melodic, taking the skeleton of beat music and adding orchestration that seems perfect for sipping a cappuccino outside a café on a warm afternoon. I’ve been aware of Yé-yé music for years, but it’s clicked for me lately. One thing I like about it is that it’s pop music, but it has such a strong vibe. It’s great music to put on around the house, because if my attention drifts toward it, the strong melodies and dense orchestration hold my attention. However, if it’s serving as background music while I’m washing dishes or reading or tidying up, it gives me light, airy energy that propels me through the day.

French Swinging Mademoiselle, which compiles several singles by Clothilde, is the record that hooked me. “Fallait pas écraser la queue du chat” is the undeniable hit with its big melody, energetic rhythm, and best of all the zany, psychedelic organ riff that punctuates the song. However, the entire album is great, with an energetic, driving sound that strikes me as a little punky. Maybe that’s why it grabbed me?

Intrigued by Clothilde, I took home one of the France Gall reissues that just came out on Third Man Records. On Dominic’s recommendation I went with 1968, which I had my eye on anyway thanks to its cool, colorful artwork. The artwork captures the vibe of the music well. While I wouldn’t call it psychedelic in any meaningful sense of the world, it’s full of signifiers of the psychedelic sound like sitars and organs, and even has a song about LSD. Like the Clothilde record, there isn’t a bum track here.

Dominic has already played me a few things, but if anyone has more Yé-yé recommendations feels free to hit me up. I’m officially intrigued! 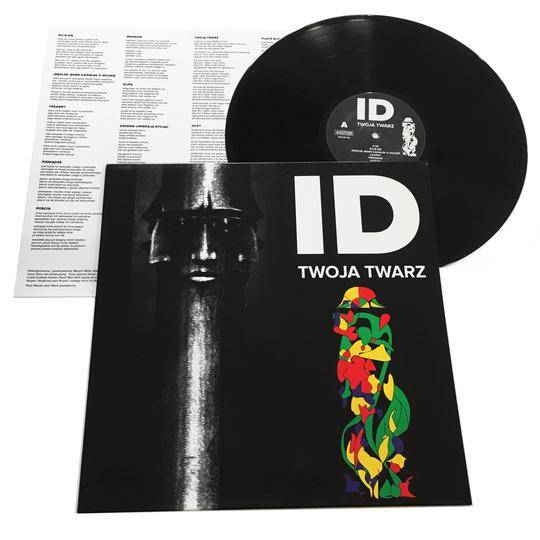 We got in a batch of releases from Refuse Records, a label that seems to primarily put out current straight edge hardcore bands, which admittedly are not really my bag. Interestingly though, Refuse also releases a lot of reissues of obscure 80s hardcore bands, particularly from Poland. This band ID from Poland formed as early as 1983. Twoja Twarz is their final recording, which wasn’t recorded until 1991 and was only available on cassette when it was finally released in 1993. Even though this record’s initial exposure was as a 90s release, this band clearly maintained their 80s hardcore sensibilities – maybe in part due to that they were unable to record early on in their career. Musically, I don’t think ID sounds too far off from classic Polish punk bands like Dezerter or Siekiera. That said, the production on this particular LP has a totally 90s sonic treatment. The recording is very clear with big sounding guitars. ID does also seem pretty unafraid to get pretty weird though. There’s a lot going on intermittently over the course of this LP including long, droning electronic sounds, sections of loud phaser effect on the guitars over an otherwise straight forward hardcore riff… Then there’s this one song that almost sounds like it’s going to be an 80s power ballad, but with gated break beat type drum patterns -- all kinds of crazy shit! Overall though, I think this record is a totally raging punk record uncharacteristic of its time with well-written songs and cool experimental ideas. Definitely an interesting listen if you don’t mind getting a little weird mixed in with your hardcore. 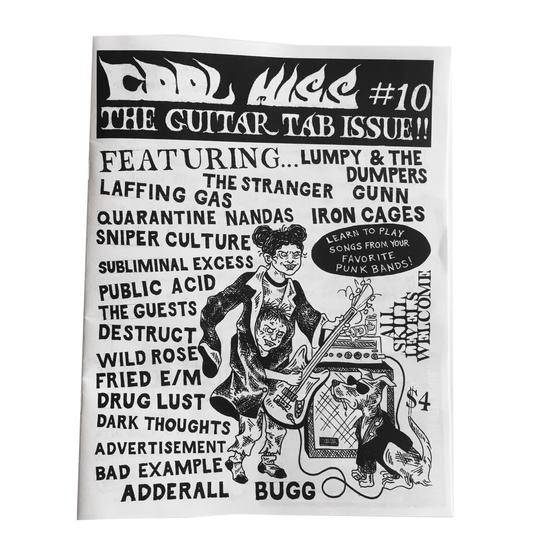 I love this idea. What a cool way to share knowledge and art on a DIY scale; guitar tabs by punks for punks. I've really enjoyed looking this over and seeing all the contributions, because everyone has a different take on how they write their tunes down on paper. Also, I think it is super practical and helpful for folks who are maybe wanting to learn to play guitar but are intimidated by some other avenues of learning.

I am also just a big fan of Cool Hiss' material. The creator Brian always generates really interesting content by interviewing and engaging with bands in a way that I think is unique and isn't the same old script. Plus, a lot of times it's pretty funny. An excellent coffee table zine for punk houses everywhere.

COOL HISS #10 worked for @two_moss, you're next?? Purchase from link in my bio! www.coolhiss.bigcartel.com Thanks @two_moss and @zmnhn for helping make this commercial 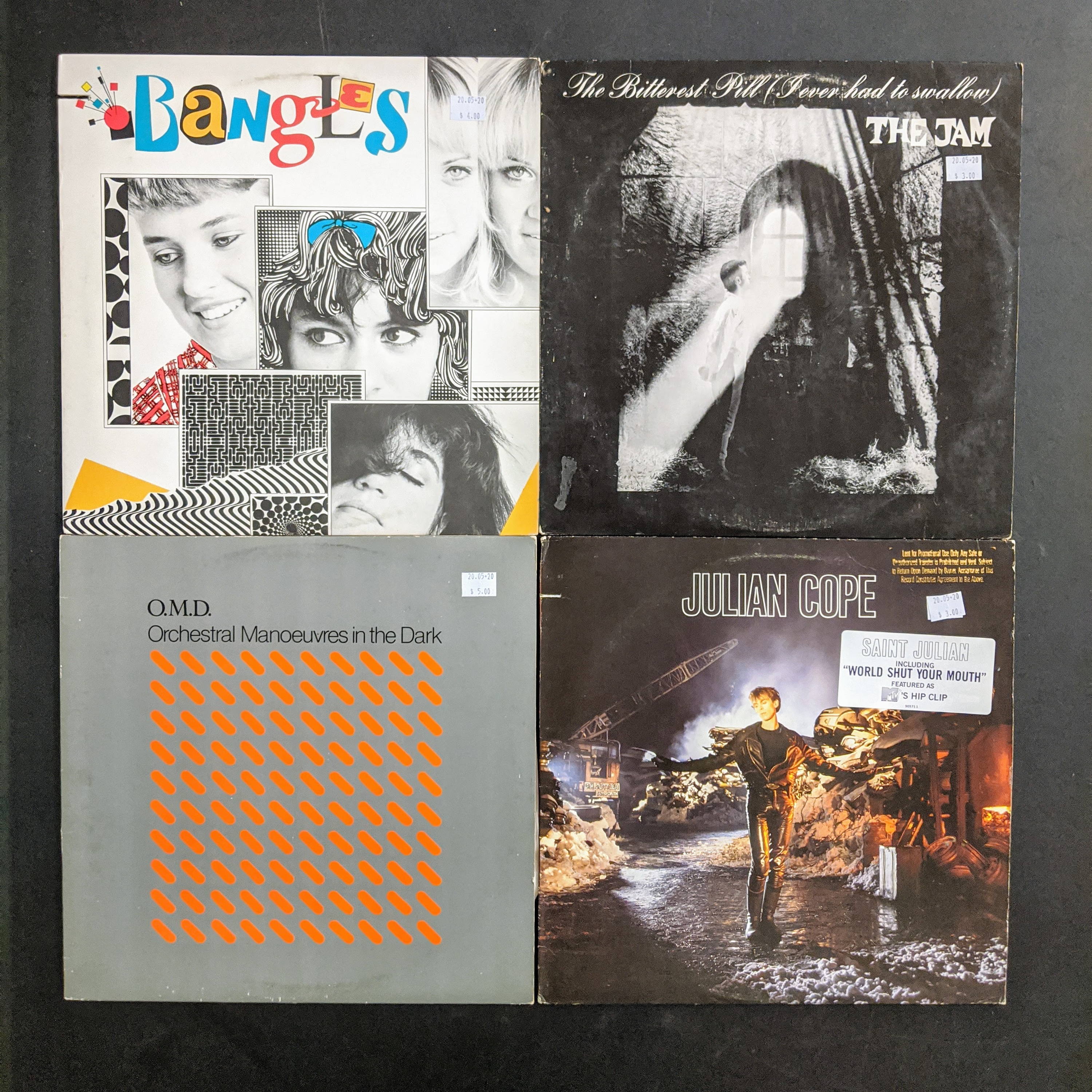 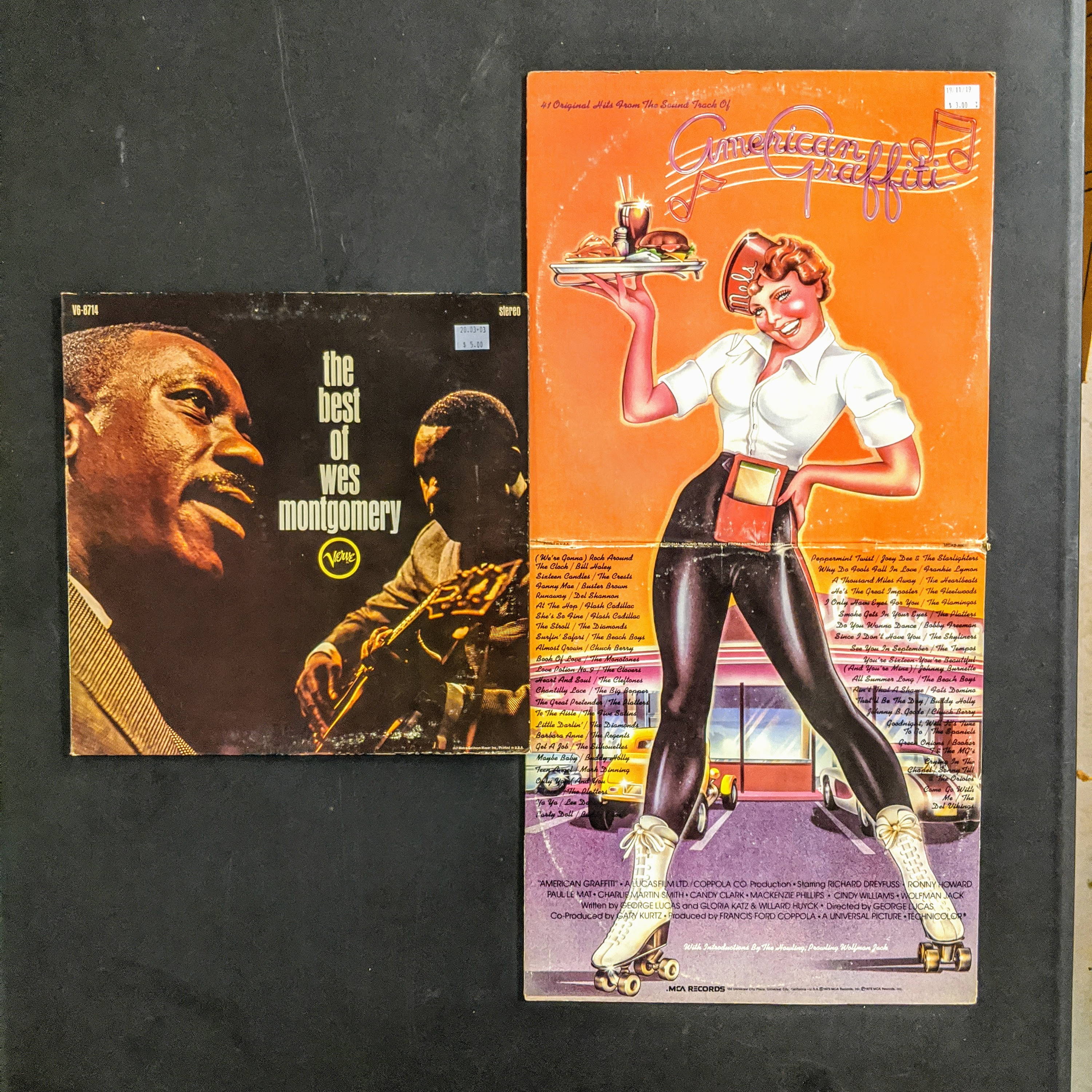 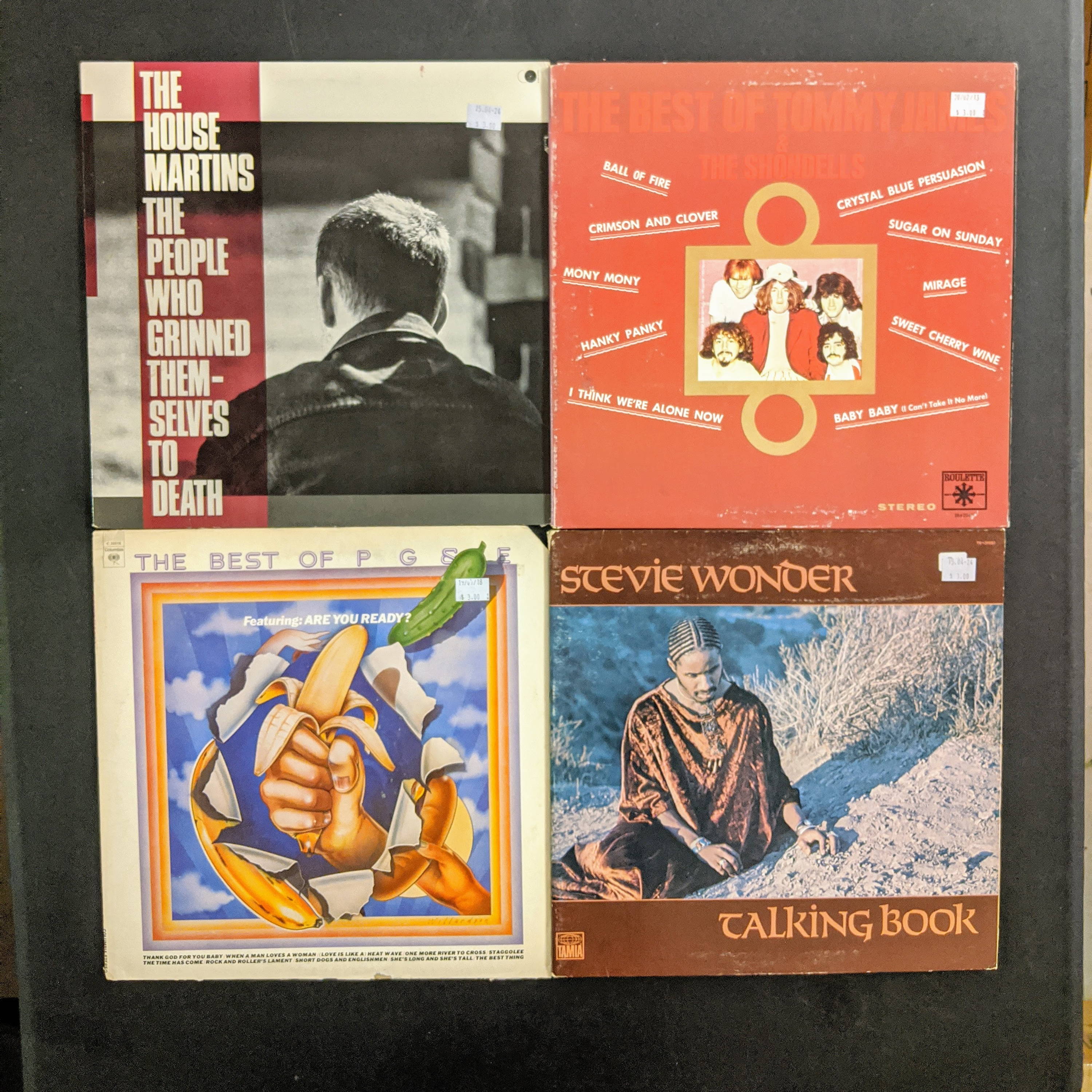 Here we are once again with more cool records that have been plucked from our huge cache of bargain bin records. These are all decent play copies and may have an imperfection here or there but for the most part are in great condition (unless otherwise noted) and will not set you back more than a few bucks each. Okay, let’s get into ten that I pulled for your consideration this week.

1: $4 Bangles: S/T. This is their great EP that came out before they started walking like Egyptians and getting Prince to write songs for them. It definitely shows their roots in the 60s sounds and L.A.’s Paisley Underground scene. Cool cover of the La De Das’ How is the air up there?

2: $3 The Jam: The Bitterest Pill (I’ve had to swallow). Almost at the end of their incredible run, this EP from ’82 clearly shows the new direction Paul Weller was heading in.

3: $5 Orchestral Manoeuvres In The Dark: O.M.D. Another great Liverpool band. This is such a great synth-pop LP with the hit, Enola Gay starting things off and also includes Electricity and my personal favorite Messages. You need this record.

4: $3 Julian Cope: Saint Julian. More from Liverpool, this time fresh out of Teardrop Explodes is Cope’s solo LP. It’s awesome and has lots to offer. World Shut Your Mouth was the hit and Trampolene is a great song too. You need this one also.

5: $3 The House Martins: The people that grinned themselves to death. Before Norman Cook became Fat Boy Slim, he was in this band, famous for the hit Happy Hour. This, their second LP from ’87 is chocked full of great pop songs with smart lyrics and hooks.

6: $3 Tommy James & The Shondells: Best of. Talk about great pop songs, Tommy James had sacks of them as evident from this nice best of. I mean, Crystal Blue Persuasion alone should be a good reason to buy this.

7: $3 Pacific Gas & Electric: Best of. I was turned on to this great band several years ago and highly recommend this best of as a good entry point. Like their Columbia label mates, The Chambers Brothers, PG&E mixed rock and soul with a dash of funk and psych to keep things tasty. There aren’t many better ways to spend $3 these days.

8: $3 Stevie Wonder: Talking Book. A classic that doesn’t need much hype. It’s got Superstition on it. Shall I continue?

9: $5 Wes Montgomery: Best of. This is a nice collection culled from his albums for Verve in the mid to late sixties. It’s jazz with pop hooks and just a nice cool, relaxed vibe. Plus, anyone that can do decent cover of Caravan gets the thumbs up from me.

10: $3 American Graffiti Soundtrack (double LP). A personal favorite movie of mine and the soundtrack is an all killer no filler collection of 50’s rock ‘n’ roll and early 60s classics. Again, there can’t be many better ways to spend $3 and get 41 great songs on a record can there? Haven’t seen the movie? Do yourself a favor and get on that.

Alright, there you have it. Look out for our flip videos with these and other great records priced to give you maximum bang for your buck. As always you can check out what's currently available in Sorry State's online bargain bin here.

Before I sign off I wanted to give a mention to the sad passing of yet another music legend. Last week we lost Phil May from The Pretty Things. This afternoon it was a wet and dreary day here in Raleigh and we celebrated Phil by spinning the Pretties great late 60s album Parachute. Such a perfect record. Different to their early R ‘n’ B efforts and not a psych LP like S.F. Sorrow but just a good mood LP. A lot of current bands owe a debt to these guys in some way or another. Please take time to play this one and raise a glass to Phil.
Cheers, until next time.