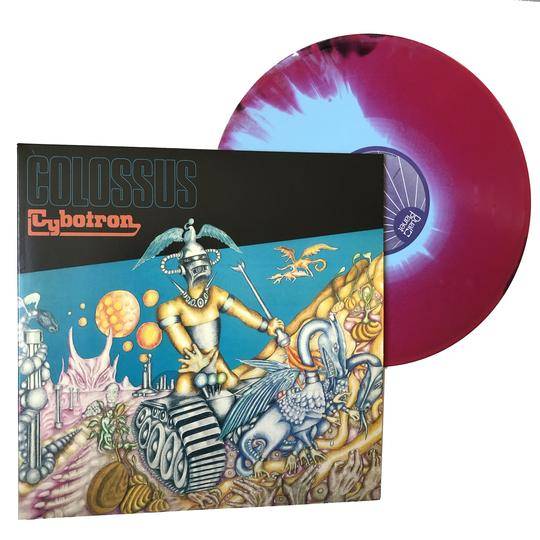 When Record Store Day announced their 2020 releases earlier this year, this record was one I was most excited about. I knew nothing about Cybotron, but when I checked a sample on youtube, I was eager to hear the whole album. While most of this year’s Record Store Day releases were delayed until late summer and into the fall, some are already trickling in, including this one. Colossus is the band’s second album, originally released in 1978, and it sounds like Neu!, Pink Floyd, and Tangerine Dream had a baby. It’s entirely instrumental, and most songs glide along at the same mid-paced tempo. Synths recite classical-sounding motifs in a way that reminds me of prime-era Goblin, and other instruments weave in and out of the mix a la Can. Like Amon Duul II, some parts sound jammed out while others have a tighter, prog-ier backbone. I could see someone complaining the songs on this album are too similar, but I like that… it makes for a more effective zone out session. I’m curious what Cybotron’s other albums are like, but Colossus is a gem. 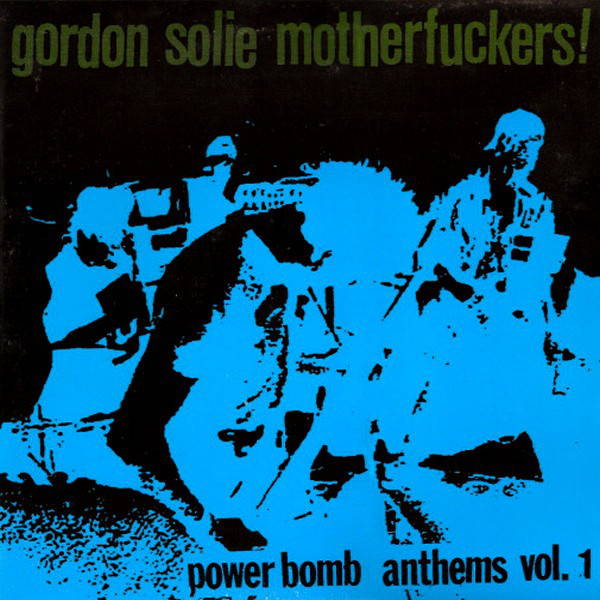 I’m not going to talk about any cool new records we have at the store this week. So, I hope you’ll indulge me in this rant:

Recently, Sorry State acquired a small batch of used records, most of them being punk and hardcore records released in the late 90’s and early 2000’s. This prompted a conversation that I had with Daniel in which he described this era as “Y2K Thrash.” I’ll be honest in that most bands playing hardcore at this time I never got super familiar with. Some bands I even intentionally ignored because musically they were not my bag at all. In my mind, a lot of bands from this period pre-dated and are a clear distinction from the explosion of interest in 80s US hardcore that made a wave around the time labels like No Way started releasing records, which we’ll say is around 2005. My era of getting into and discovering hardcore was definitely timed more-so with the No Way period than Y2K Thrash, so I missed the boat on some of these bands – exceptions being Career Suicide, Total Fury, etc.

Anyway, all this to say: one of the records Daniel pointed out to me in this used collection was Power Bomb Anthems Vol. 1 by Gordon Solie Motherfuckers. Damn dude, what a crusher. I feel like a sucker for not hearing this sooner. One of the first things out of my mouth as soon as I dropped the needle was “Wow, this sounds like Japanese hardcore.” Bands like Systematic Death immediately came to mind. Daniel went on to drop knowledge about how the Erba brothers and the Cleveland scene were a big help in spreading the love for Japanese hardcore in the US during this time. There’s even a track on this GSMFs record called “Burning Thrash Spirit”, which is pretty much a perfect description for their sound: Y2K Thrash meets late-80s Japanese hardcore. So yeah, I think I’ll be on an early 00’s hardcore kick for a while getting learnt. Man, I’m a chump. 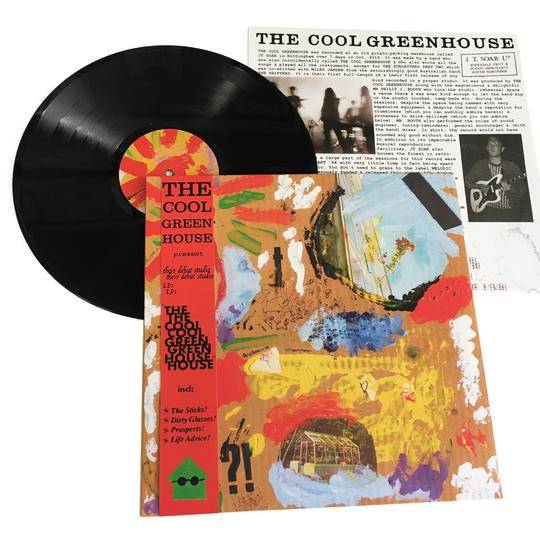 Waiting for a new release that really excites can be a lot like waiting for the bus. You wait and wait and then three come along one after the other. That’s not generally how things are here at Sorry State, as there is always something cool arriving each week, but I did feel like we got in three bangers that required my lunch money and that I should recommend to you.

Firstly, one that Daniel will no doubt be highlighting, as he and I share our love for this band is the new full length from The Cool Greenhouse. This self-titled album has been one that we have been eagerly waiting for ever since falling in love with those first sevens and EPs. Fans of late 70s/early 80s UK DIY will find a lot to like here, although on this record the group have expanded the sound a little and made use of a proper studio, so not as raw and homemade as before. What does remain is the humor and political commentary and clever observations on modern day living from chief member Tom Greenhouse. This is essential stuff and in some ways, reminds me a little of The Streets: Original Pirate Material album in its very British references and aesthetic. Like that record, The Cool Greenhouse have made a very topical and fresh album that will age well and appeal to Anglophiles, punks and pop music fans alike. Trust.

Next up, two single reissues that only the fortunate, wealthy or those that were there might have in their collections and are now finally available to us, the filthy masses. Namely, The Times: Red with Purple Flashes and Z Cars: This Is singles.

The Times single came out in 1981 and is quite a collectors’ piece as an original. Referencing the sixties Mod band The Creation with the title, B-side and general vibe, this is a perfect slab of second generation mod cool. Creation guitarist Eddie Phillips famously described his band’s music as Red with Purple flashes and The Times manage to sound somewhere between that sixties sound and the type of music groups like The Jam and other second wave Mod groups were making. B-side Biff! Bang! Pow! references another Creation song and inspired Alan McGee to name his indie pop band after it and ultimately the name of his label. To drive the Pop-Art theme home, the single comes in an Andy Warhol Campbell’s soup can inspired sleeve.

Z Cars: This is single originally came out in Australia back in 1980 and pretty much sunk without trace, not helped by negative reviews at the time both from the press and band themselves. I am not sure why this record wasn’t better received as to my ears both sides are great pop punk songs that wouldn’t be out of place on a volume of Do the Pop and sound like the sort of stuff The Victims, The Saints and Radio Birdman were pumping out at the time. Although named after the old British TV show Z Cars this is not the theme music from that show that gets played before Everton games at Goodison Park and is more like an early Scientists record such as Frantic Romantic/Last Night. Crikey!

Get on these quickly, we have a few in stock but they are sure to sell fast.