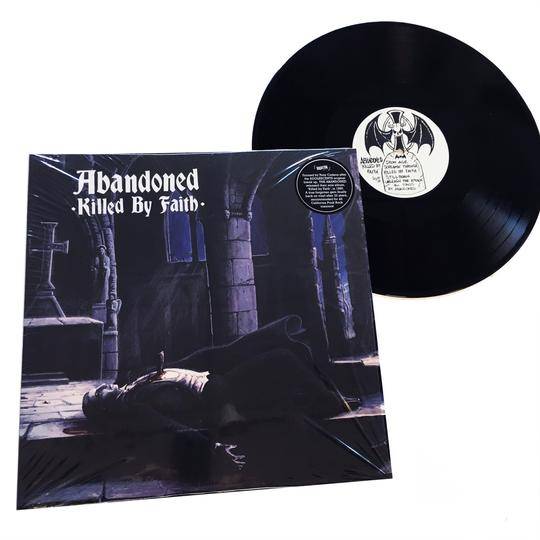 The Abandoned: Killed by Faith 12” (Radiation)

We first got copies of this reissue from the Abandoned a few months ago, but we kept selling out before I could grab a copy for myself. Things have quieted down to the point where I could sit down with this record, and holy crap am I blown away! I’ve long been a fan of Dirges in the Dark, the Flower Leperds record that Tony Cadena sings on, and Killed by Faith is like a faster, punker, and better version of that record. It sounds a lot like Tony’s old band the Adolescents, but with an added layer of 70s rock sleaze a la Alice Cooper or early Motorhead and a ton of shredding lead guitar. While the Adolescents’ second LP, Brats in Battalions (which came out a few years after this), never grabbed me, Killed by Faith is up there with Rikk Agnew’s All by Myself LP as essential listening for Adolescents fanatics. Thanks so much to Radiation for putting this ripper on my radar and bringing it back into print! 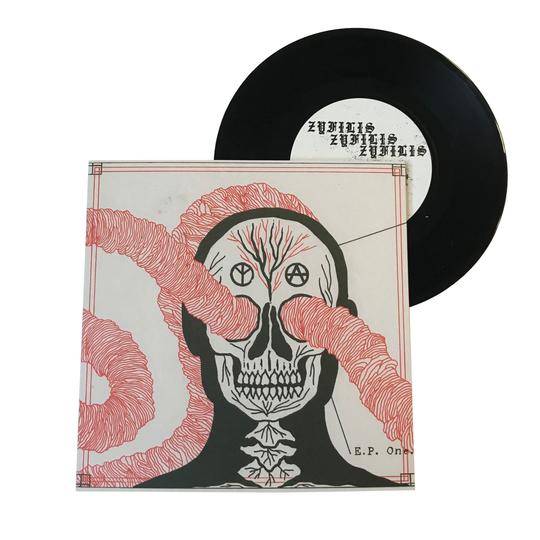 Killer release from this band out of Sweden. I’m pretty sure this same batch of recordings was originally released as one side of a split tape with Muro from Colombia. I’m glad these tracks got a proper vinyl treatment, because even though I think Muro rips, these Zyfilis tracks are definitely strong enough to be a stand-alone EP. I’d say Zyfilis falls under the käng punk umbrella, but to my ears, they've also got a good dose of metal influence. One thing I love about this band’s style is that they never really play ripping fast. It’s all swinging, grooving d-beats or pounding, neanderthal pogo beats. Some strong riffing on noisy, buzzsaw guitars that come in with a scorching lead every once in a while. The bass very often goes up and shreds in the higher register, which is super cool. All of this toppled by powerful and sinister vocals with a healthy amount of delay. Also, the packaging with slick, eye-pleasing artwork and a double fold-over quarter flap style sleeve design make for a classy presentation :) 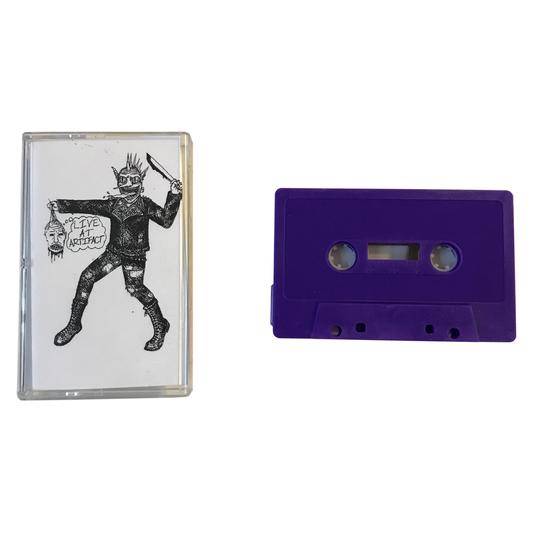 DC is always leading the way of kick ass youth hardcore. Corvo features members of a handful of active bands, but this one might be my favorite of the bunch. It is chaotic without losing structure, which is something I really like. Not to mention the riffs and songwriting styles are super original and catchy, and there is a SICK Void cover. This session was recorded at Artifact Audio in NYC, so obviously the production is awesome despite it being a "live" recording. Corvo is gunna blow people away when they finally put something out something on wax! 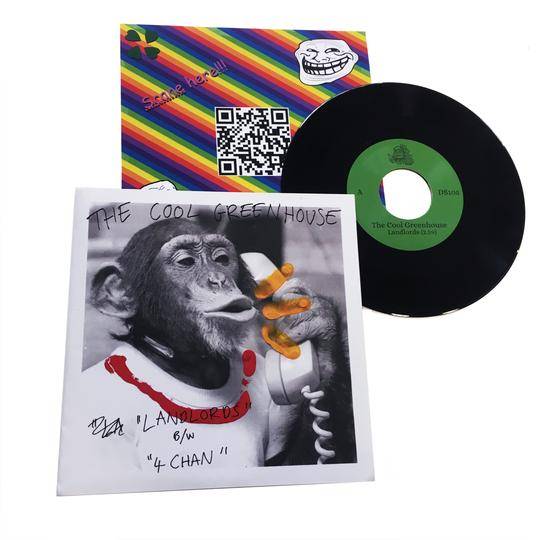 So, we have had a previous 7” and a 10” record by The Cool Greenhouse and made one of them our record of the week and this little 45, although out for a short while now, is my record of the week. You can check out the review and our take over on the website for a more detailed and professional description, but the long and short is brilliant DIY Post-Punk of the highest order with a generous dose of humour for good measure. Plus, the cover has a photo of a chimpanzee on the phone, a reference to the lyrical content of the record, which is a winning move for me as I have a soft spot for chimps on record covers and grew up drinking PG Tips and watching the great adverts that they used to advertise their tea. If you don’t know what I am talking about, please google PG Tips tea and chimp ads and have a fun time. As for this release? Well if you like the sound of vintage Casio keyboards and a basic guitar riff paired with deadpan lyrics delivered in a monotone spoken vocal style that sounds like it was recorded in a bedroom for a fiver then this is a record for you. A cool modern update on the post-punk oeuvre. Oh, and don’t be a dope and miss grabbing a copy like I did with the previous 10 inch. These move fast, get yours today.