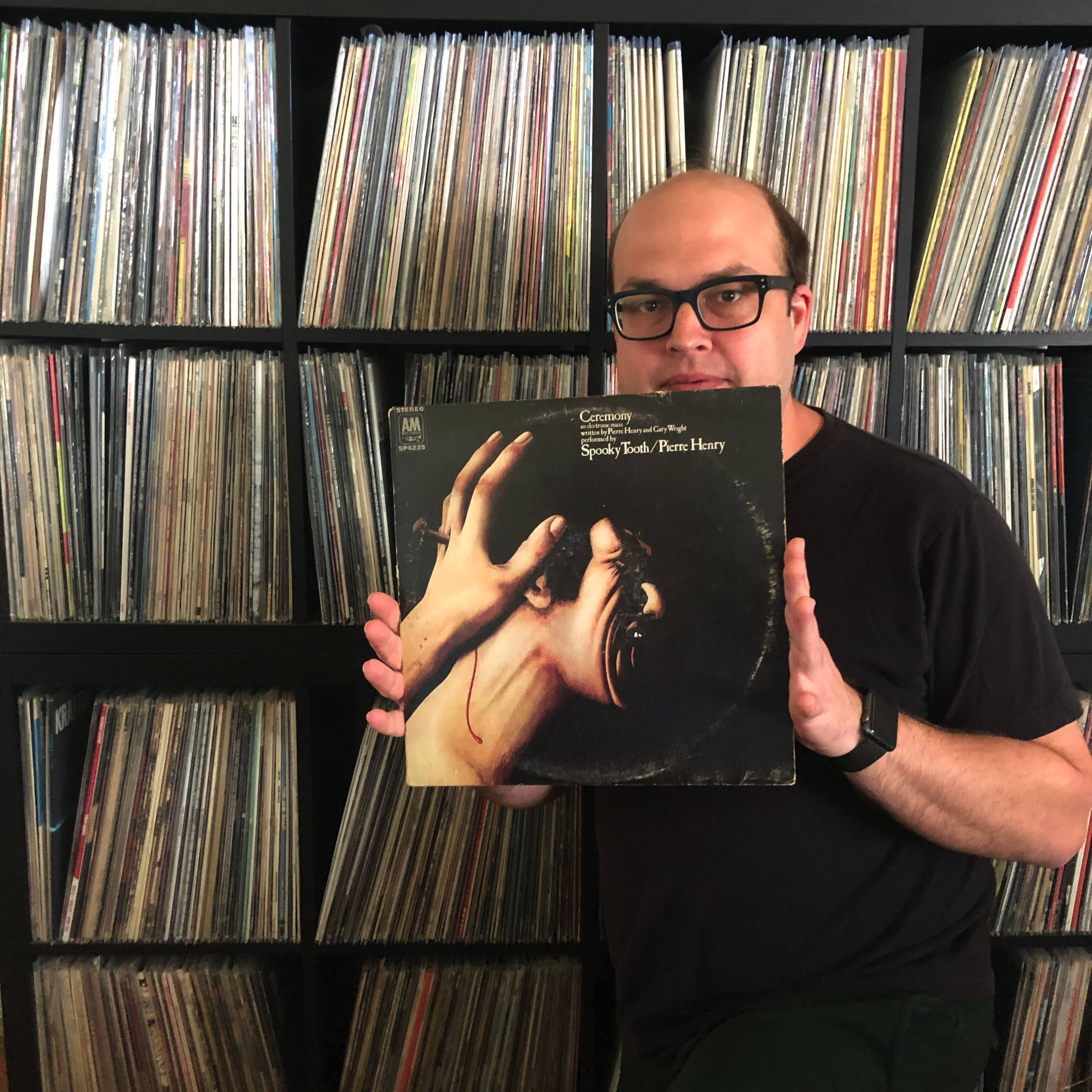 One of the best things about Dominic working at Sorry State is when he hands me a record and says, “here, take this home.” The latest record he’s hipped me to is this 1970 LP, billed as a collaboration between the blues rock band Spooky Tooth and French avant-garde / musique concrete composer Pierre Henry. I was coming to this blind as I wasn’t familiar with either artist’s work.

Boy, is this a weird one! Spooky Tooth is admirably heavy and grimy here, approaching Sabbath levels of heaviness without degenerating into the BBQ blues that I have a hard time with. The lyrics, strangely, are overtly—even aggressively—Christian, and normally that would irk me, but the entire enterprise is undercut by Pierre Henry’s contributions to the album. Rather than being a true collaboration, Spooky Tooth completed their recordings and sent the master tapes to France where Henry overdubbed his own contributions… bleeps, bloops, tape loops, and other tricks of the avant-garde trade. Sometimes these sounds create a subtle background texture to Spooky Tooth’s songs, while at others they dominate the mix with the band’s music in the distant background, barely audible.

In reading about the album online I found many people who insist that Henry ruined what would have been Spooky Tooth’s greatest album, but not being invested in Spooky Tooth’s career trajectory, I think what exists here is fantastic. There’s an unresolved tension between Spooky Tooth’s and Pierre Henry’s contributions to the album, as if they are fighting a bitter battle for the listener’s attention rather than trying to work together. This also works with the album’s lyrical themes. Spooky Tooth envisioned their tracks as a rock-and-roll mass, while Pierre Henry cast his abstract and non-linear contributions as field recordings of pagan religious rites. It’s like the soundtrack to one of Captain Cook’s exploratory missions making first contact with a remote Pacific island civilization. It is truly wild, and while it’s unlistenable in many respects, I also find myself unable to turn away. 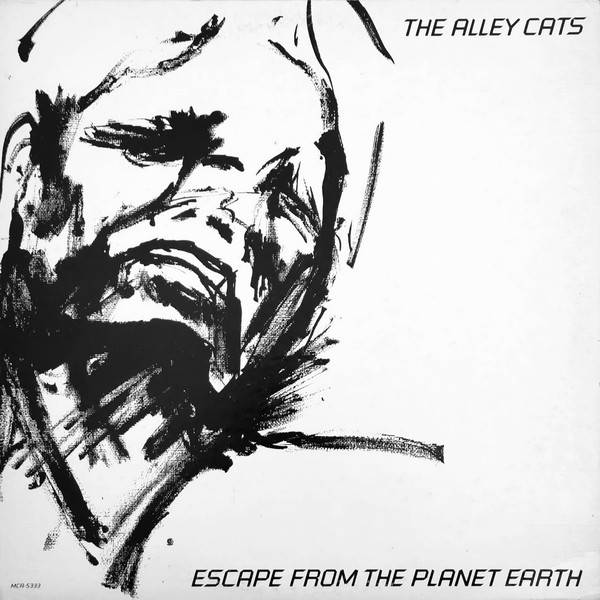 Hope everyone is dealing with all this bullshit to the best of their ability. Daniel has been cool enough to let us keep working from home, so I’ve of course been throwing on record after record. I can only imagine all of you reading this are doing the same! While I generally dislike being super engaged with social media, I have to admit it’s been fun watching people I know posting cool records. There have been a lot of games where people tag each other with like “Show 4 gems from your 7” fire box” and stuff like that. I succumbed to the flood of activity and made some posts myself. And while maybe spamming people with Instagram stories is a bit tiresome, it has been a good way to stay connected and chat with people. I’m all for it.

Between playing all my “fire” 7”s, I have also been throwing on records here and there from the store as I’m posting them for sale online. Recently I was jamming the Alley Cats 2nd album Escape From The Planet Earth. While I’d heard the Dangerhouse singles, I was pleasantly surprised to hear a couple bangers on a, by comparison to the singles, modestly priced LP. Sure there’s some weird dub-twinged songs, but tracks like “It Only Hurts The First Time” are totally killer! Gotta say tho, the opening title track is a sleeper hit if I’ve ever heard one. I typically prefer the songs that Dianne sings, but if even just for the guitar on “Escape From The Planet Earth”, I’d put it up in the high rankings. We’ve got $13 on it if this piques your interest. 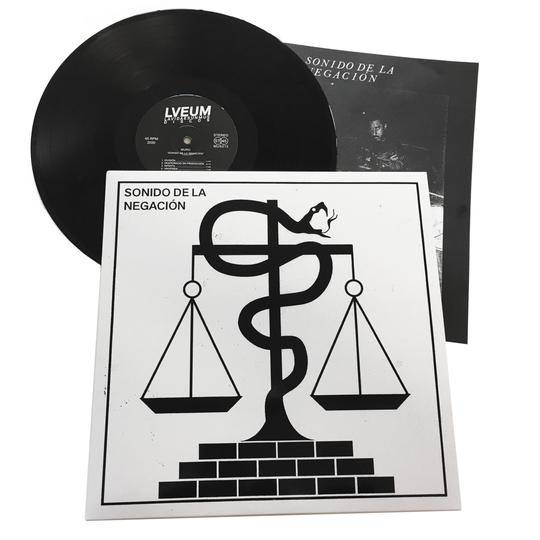 Yet another home run for Muro out of Colombia. Simple, pounding riffs that feel so much more genuine and punk than so many other hardcore punk bands today. The recording is blown out and sounds like it is clipping at times which I fuckin' LOVE. The Orden Mundial songs sound even more crazy on recording. Fuzzed out and fucked up hardcore punk. The slower, mid tempo songs are hypnotic in a strange way. There is noisy and fucked up guitar over top of monotonous bass and drum grooves. It's kind of maddening, honestly (that's a good thing btw)! The faster tunes are my favorite though. It is certainly reminiscent of US hardcore, but it is even rawer than what you'd expect from most classic USHC. Honestly, an amazing split in the year 2020. A copy of this is definitely coming home with me.

As I'm sure Daniel has mentioned, our operation has shifted for the time being and most of us are working from home. One thing that has been nice about working from home is having to chance to revisit records in my collection that haven't gotten much love recently. Some things I jammed while I was editing photos today include:

-Larma: S/T 12" ... Fuck, I think I just played the fuck out of this record as soon as we got it in the shop. After taking a break for a couple months and revisiting, I can tell you with 100% certainty that it kicks so much ass. Swedish HC brought to you by some of the same folks that brought you Skitkids (among others).

-Broken Bones: FOAD 12" ... I had forgotten how good this band is. It's like Danzig and Discharge pushed together. I had won this record in a raffle at a halloween benefit show this past year and hadn't spun it since. I was fuckin' missing out!

-Wendy O' Williams: WOW 12" ... Last year I was absolutely obsessed with the track "It's My Life" on this record. It has been recorded by a couple different artists, but Wendy's version is the best hands down. There are certainly a handful of bangers on this that were nice to revisit, but god damn I had to crank the volume for my track.

I jammed a bunch of other shit but these are my highlights for today. Stay punk! 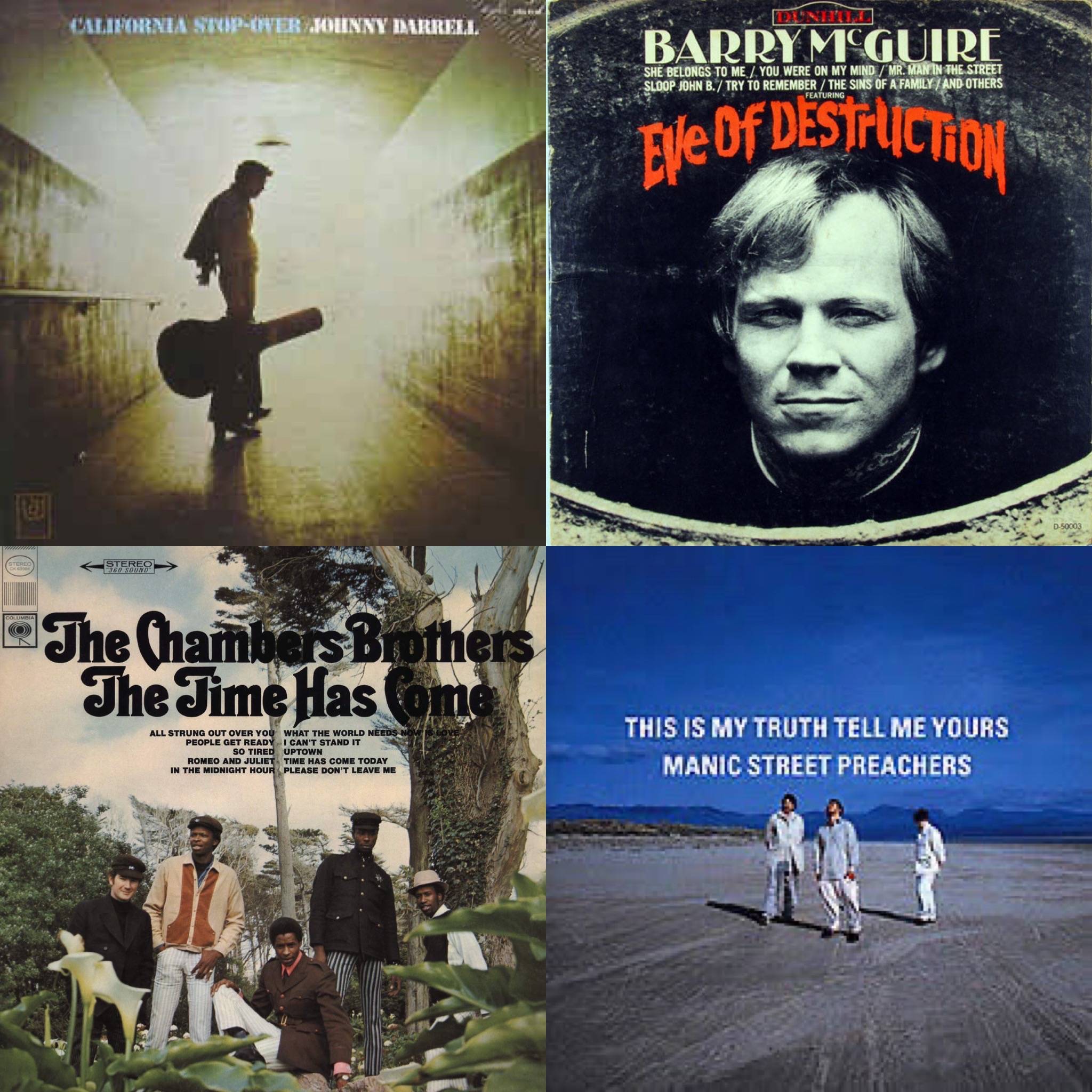 As those of you who follow us regularly or who are local and shop at the store will know, we have had to shut the door to the public for the time being but that doesn’t mean we have stopped adding new records to our webstore including some of our used inventory which never usually gets listed. So definitely get yourselves acquainted with our new look online experience. Another thing we haven’t stopped doing is listening to music. It really is our passion and life love. My colleagues here are so damn cool and into such good stuff and between us all we have a pretty wide knowledge of music, new and old but are also humble enough to realize that there is a ton of stuff out there that we have still yet to discover.

This week whilst working I have been playing some playlists that various friends sent me and thought I would highlight one or two of those songs that seemed particularly apt right now, whether it be for obvious title reasons or maybe a lyric that was poignant and add a couple of my own choices that I have been playing. So, in no particular order here we go:

First off, a cover of Jackson Browne’s These Days by country artist Johnny Darrell.  Although a song about love and loss it just seems to capture a mood. The song was rightfully made popular by Nico’s version of it and subsequent use in movies but I have dug Darrell’s version for many years now and honestly think it to be the best. His California Stop-Over LP is pretty good and fans of outsider type late 60’s country should check it out.

Next up an anti-war protest song from the 60’s, Barry McGuire and Eve Of Destruction, which honestly when you listen to it sounds like it could have been written last week and is commenting on current situations. Kind of sad that fifty years later and we are still fucking things up. Any way a good song in the early Dylan style.

A favorite around these parts and another oldie but a goodie. The Chambers Brothers and Time Has Come Today. Damn this song rules. If you don’t have their Time album with the full eleven minutes of this jam then you should try and find one asap. This track kills, especially the psych freak-out at the end. The album itself is great and covers a lot of ground, psych, soul and folk rock. If it was good enough for The Ramones then…

Something a little more modern next and an absolute personal fave of mine. It gets me every time. Manic Street Preachers and If You Tolerate This Your Children Will Be Next. A song from their late 90’s album This Is My Truth Tell Me Yours and more about Welsh Farmers joining the anti-fascist forces in Spain in the 30’s and Spain’s civil war but it still resonates today and certainly applies to our current situation. Such an anthem. I love the Manics so much. They didn’t really make it in America but those in the know appreciate them a great deal.

Gonna go out on a real oldie but again a song that might as well have been recorded last week as we can all relate.  I am talking about Nina Simone and Save Me.  Not much needed to say about the greatness of Nina Simone but this track has a killer groove and lyrically it sums up how a lot of us are feeling.

Alright, that’s your lot. A short playlist that has been helping me get through the day and with luck it will do the same for you too.  Stay safe out there. Listen to music and if you can support us and any of your local businesses that need you right now. Peace.
Back to News