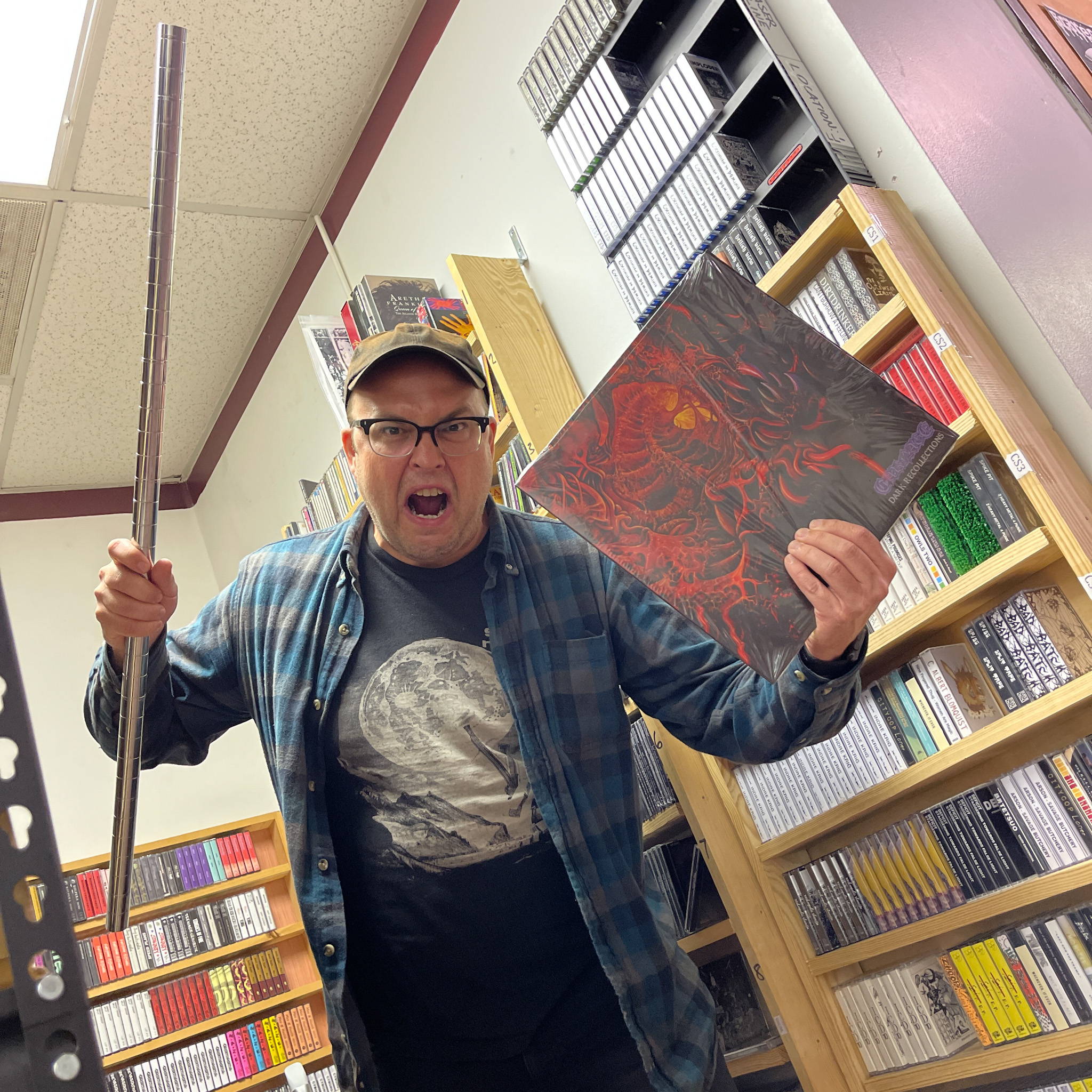 I am a (death) metal poseur. I acknowledge this. While I’ve always been interested in death metal (I think I first heard the term as a teenager in the early 90s), I’ve listened to more of it lately. It seems like that’s something happening throughout the punk scene, as many of my favorite current hardcore bands like Public Acid and Tower 7 weave death metal elements into their sounds. I’m sure that’s a big part of why I’ve been more interested in death metal, but there also seems to be something in the air. A full-on “old school death metal” revival is happening in the metal scene too. Maybe this is appropriate music for a time when sickness, war, and death have touched so many of us.

Anyway, on to Carnage. Carnage was a short-lived Swedish death metal band who, during their brief existence, released two demo tapes, played three gigs, and released this album, Dark Recollections. Despite the short resume, Carnage casts a long shadow. Dark Recollections came out a few months before Entombed’s landmark album Left Hand Path, and both albums helped to inform the world’s idea of what would come to be down as Swedish death metal and its trademark “chainsaw” guitar sound.

Something I’m realizing as I explore the world of death metal is that I prefer bands with a lot of mid-paced and slower parts. I’ve written staff picks about bands like Demigod and Cianide who fit that mold, and another record that’s caught my ear is Bolt Thrower’s The IVth Crusade, which has its share of crushing breakdowns. While Carnage doesn’t sound too different from Entombed’s definitive take on the Swedish death metal sound, their songs include more of those crunchy, moshy parts that get me going. As with Entombed, though, you can also hear the influence of Discharge and Anti-Cimex on Carnage’s fast parts, which have a d-beat feel in places.

As I noted above, Carnage casts a long shadow, and where the members went after Carnage disbanded played a big part in that. Half of Carnage got subsumed into another landmark Swedish death metal band, Dismember, and before long Carnage’s drummer Fred Estby joined Dismember as well. Guitarist / bassist Mike Amott joined Carcass and played on their seminal records Necroticism and Heartwork, leaving that band in 1993 and starting Arch Enemy with original Carnage vocalist Johan Liiva.

So yeah, if you’re looking for something heavy… enjoy. And if you have any recommendations for slow and nasty death metal, hit me up.