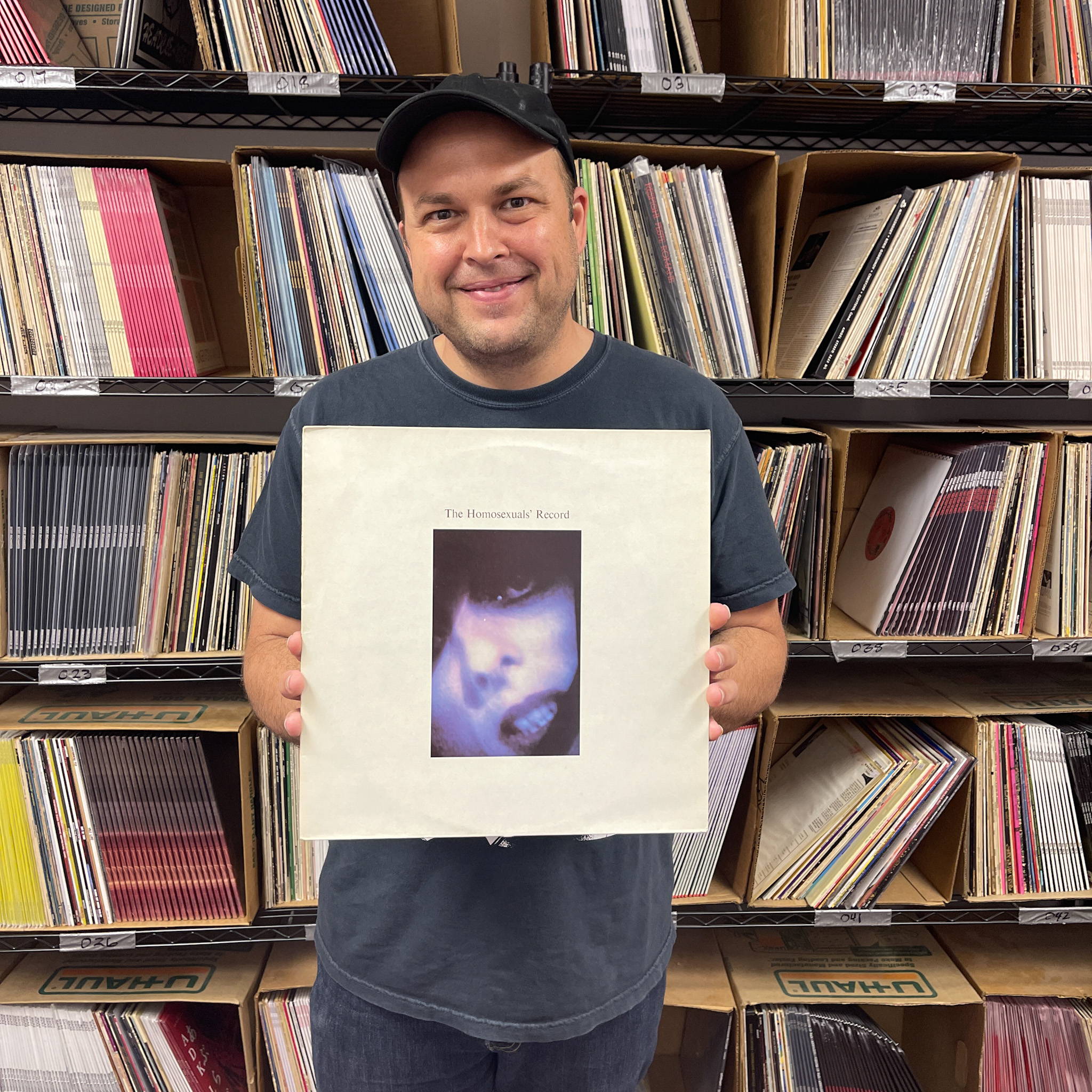 Like many people, I was introduced to the Homosexuals via the Astral Glamour 3CD collection that came out in 2004. That collection was the talk of the town when it came out, and deservedly so. Compiling everything the Homosexuals recorded, it was a fan’s dream. However, I wasn’t a Homosexuals fan (yet) when I heard it, and three jam-packed CDs is a lot for a new listener to process. My takeaway at the time was that the Homosexuals were a great band, “Hearts in Exile” was their best song, and the rest of their output was there for me to explore at a later date. I had their records sitting on my want list for ages, and a few weeks ago a copy of this album popped up for a nice price from a US seller.

I’m pretty sure all these songs appeared on Astral Glamour, but the more digestible package is hitting home with me. “Hearts in Exile” is still a standout—it’s like the best song Wire never wrote—but The Homosexuals Record presents a very different picture of who the Homosexuals were as a band than Astral Glamour. To me, there’s one side of the Homosexuals’ work that embraces the punk / UKDIY sensibility that I love… simple pop songs delivered with energy and passion. However, as with Wire, that extroverted side of the band contrasts with a more introverted, experimental streak. The Homosexuals Album was released on Recommended Records, the great, defiantly non-commercial experimental imprint that provided a home for some of the most out there sounds of the 80s. While “Neutron Lover” or “Hearts in Exile” might be an odd fit for Recommended Records, even comparatively poppy tracks like “Vociferous Slam” and “A Million Keys” have moments that wander into some pretty noisy stuff.

Speaking of noisy, one thing that surprised me about getting an original pressing of this record is how hot and abrasive the mastering job is. I don’t know if that was intentional, but the treble end of the spectrum is so hot that it can make your teeth hurt. Actually, after the LP was done, my wife asked that I not play it again when she was around… I’m sure she liked the songs, but the production is super abrasive. That’s something I never noticed on Astral Glamour.

The Homosexuals’ music is dense with ideas and pushes hard against the boundaries of the punk / post-punk sound, so I’ll need a lot more time with the album before I have anything original to say about it. However, it’s been great to spend time with a record that has that 70s punk / post-punk sound that I love so much, but still feels like a new discovery for me.