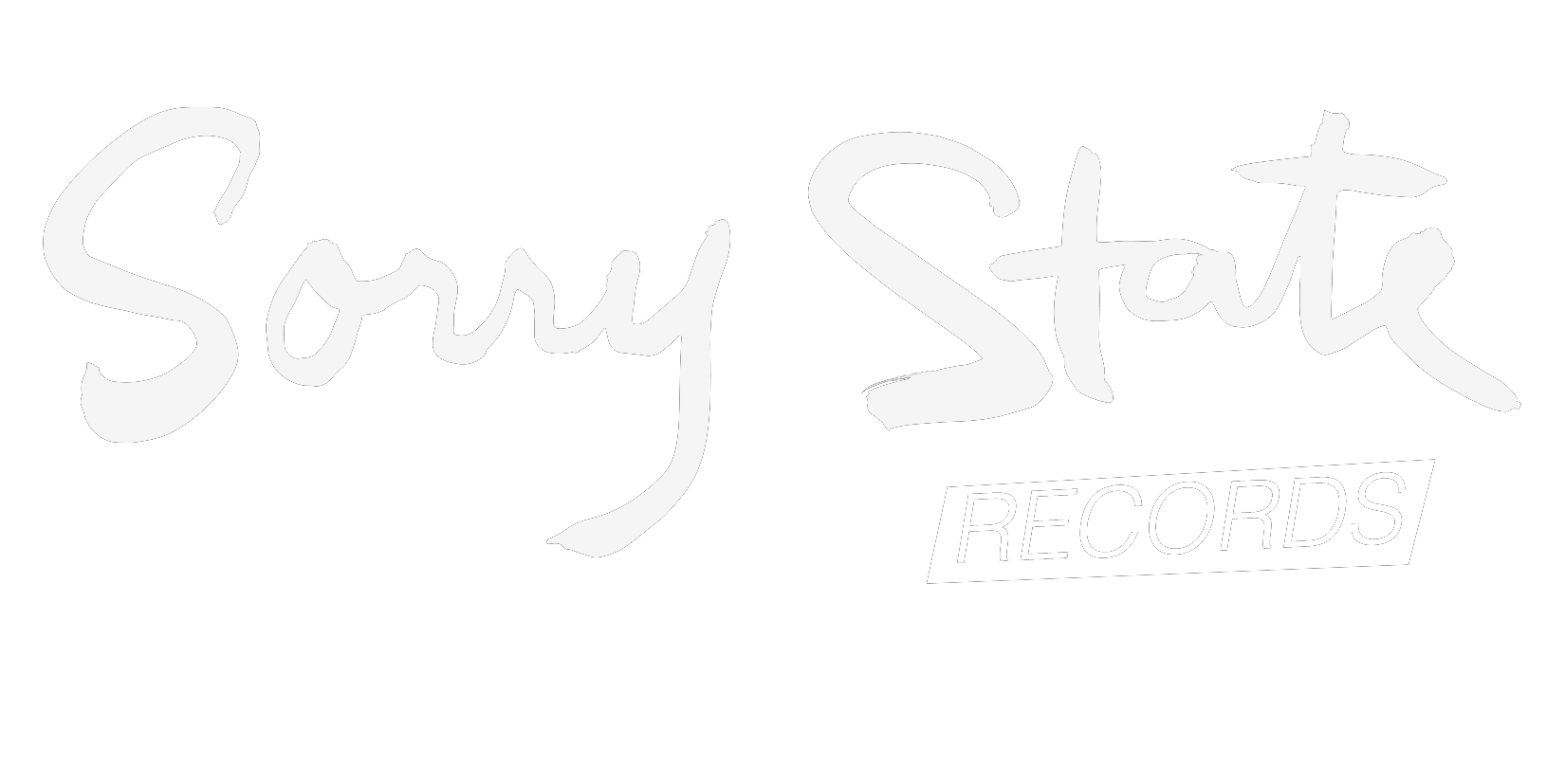 Hello and welcome to another edition of the Sorry State Records newsletter! The big news this week is that we’ve launched a preorder for our next release on the label! Cochonne’s Emergency 12” EP is up on the site now, along with some t-shirts and tote bags featuring Jack Thegan-Crowley’s awesome cover art. We’re also previewing two tracks from the record, which you can listen to at sorrystaterecords.com or on our Bandcamp site. We’re hoping everything ships around October 8, which is the record’s official release date.

I have to admit, this week’s newsletter is not coming easy. I’ve been feeling burnt out, so I decided earlier this week that I wouldn’t do my normal Featured Release Roundup. Writing detailed descriptions for seven releases every week plus a staff pick takes up a huge amount of time. I usually need to listen to something at least three or four times, ideally more, to get any kind of handle on it, so just the time I spend listening eats up a big chunk of my week, then I have to write the things. It’s enjoyable work, but being who I am, I can get into a manic state with routine tasks like that, putting way too much pressure on myself about something that doesn’t really matter that much. So, I thought it was best to step away for a week and give myself some space to find the joy in what I do.

Even though I’m trying to let go of the pressure I put on myself to write about all of them, we still have a ton of great new items in the shop this week. Read on to learn about them!

Hated: Pressure b/w Stereotyped & 4 Song E.P. 7”s (Meat House Productions) Meat House Productions reissued Innocent People, the 1981 debut by this California punk band, at the end of 2020, and now they’re back with the band’s subsequent two EPs, both originally released in 1982. If you’re a fan of early 80s Southern California punk like the Adolescents and T.S.O.L., all three of Hated’s EPs are essential, particularly if you like your production raw and a little lo-fi. My favorite early 80s SoCal punk fuses the songcraft of ’77-era UK punk with the intensity and precision of early 80s American hardcore; that is precisely what Hated did, and they did it extremely well. The first of these two records, Pressure b/w Stereotyped, is the faster and angrier of the two records, leaning more toward the aggressive US hardcore sound and placing the group’s bile front and center. The record’s highlight is the stop/start chorus for “Pressure” where the singer belts out, “hate your job / hate your wife / hate your kids / hate your LIFE.” Perhaps these lines won’t make the cut for the next Norton Anthology of American Literature, but the simplicity and directness is what punk is about, particularly when the lines are paired with the band’s razor-sharp music. As for Hated’s 3rd record, the 4-song EP, it marks a slight stylistic shift. While these four tracks are still in that classic SoCal punk vein, this time there’s a tinge of darkness to the riffs and chord progressions, dialing back the aggression a hair and landing on a sound that’s more like T.S.O.L.’s self-titled 12” EP or Rikk Agnew’s All by Myself LP, though with less of those records’ sense of drama and lower production values. Speaking of the production, while I’ve emphasized these records’ rawness compared to the landmark records this scene produced, they still sound great to me. Hated’s records sound like bargain-basement studio productions, clearly recorded, but with a near-complete absence of bells and whistles. Long story short, if you love this style of catchy, early 80s SoCal punk, you’re gonna love all three of Hated’s records. 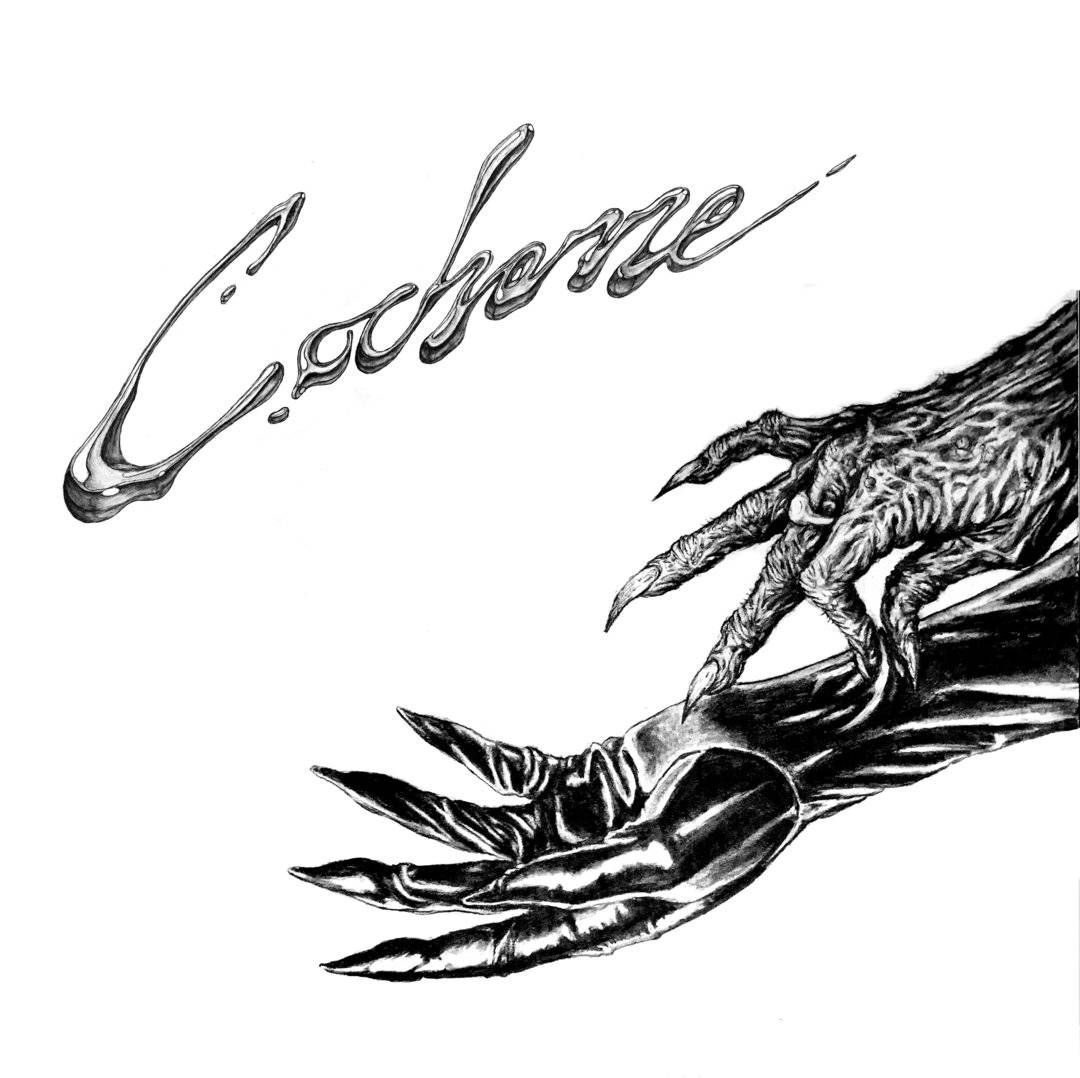 Today we launched the pre-order for Sorry State’s next release, Cochonne’s 12” EP Emergency.

The first (and only) 12” from Durham, North Carolina’s Cochonne, sung in English & French, is a document of female friendship, paranoia and desire. Fevered post-punk, punctuated with synthesizers and found noises. Descended from the likes of Rosa Yemen, Malaria! & more recently, Nots.

The vinyl version is limited to 200 copies and features a silkscreened jacket, art by Jack Thegan-Crowley, and lyrics insert.

Besides the highly limited Cochonne vinyl, we also have t-shirts and tote bags featuring Jack Thegan-Crowley’s awesome cover art. Check them out and order on our website! 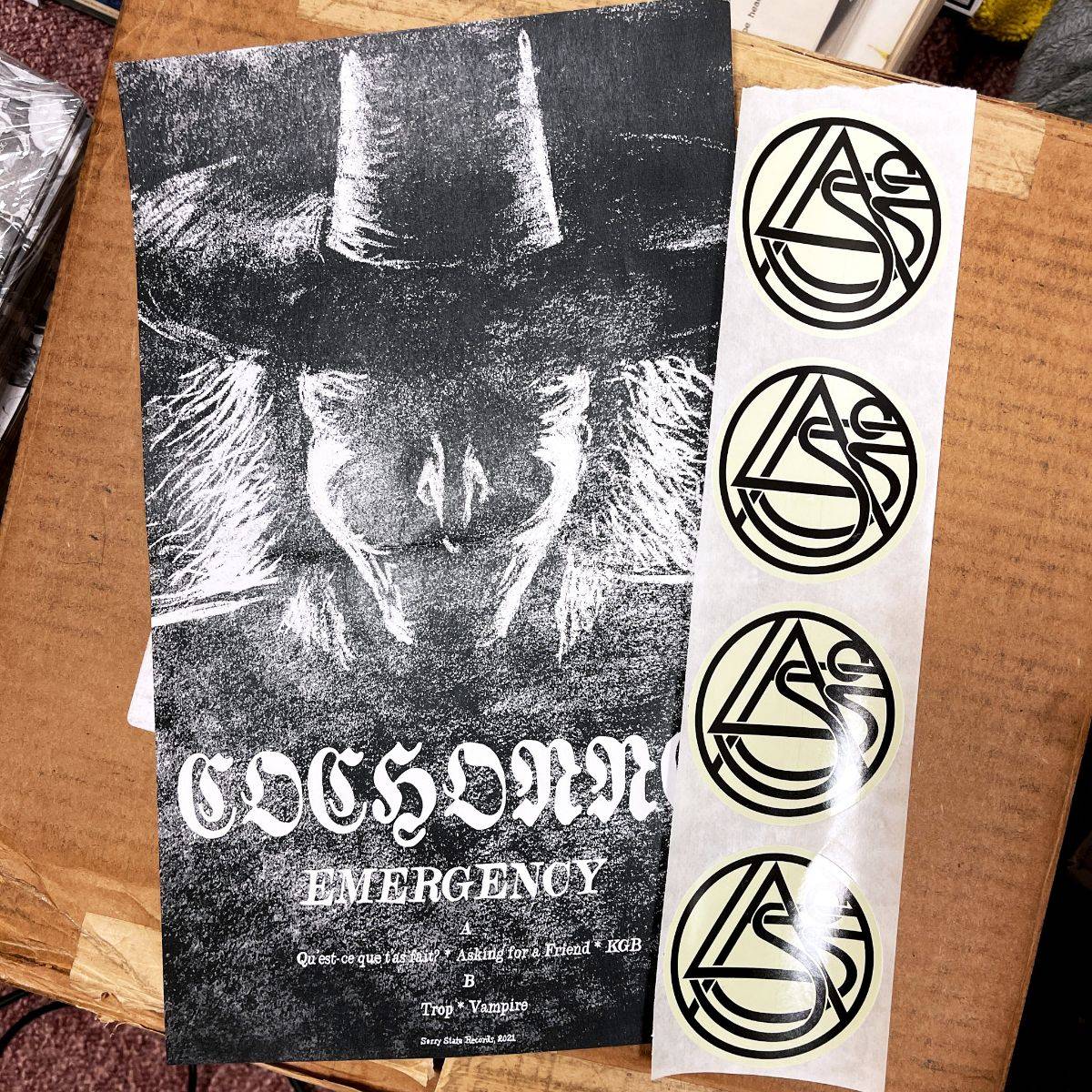 Our favorite way to get the word out about the new releases on the Sorry State label is giving our customers free stuff! Right now we have these Cochonne mini-posters and Lasso stickers, and we’ll be inserting them in all orders for the next few weeks until we run out. Let these freebies serve as a reminder for you to check out both killer new releases! 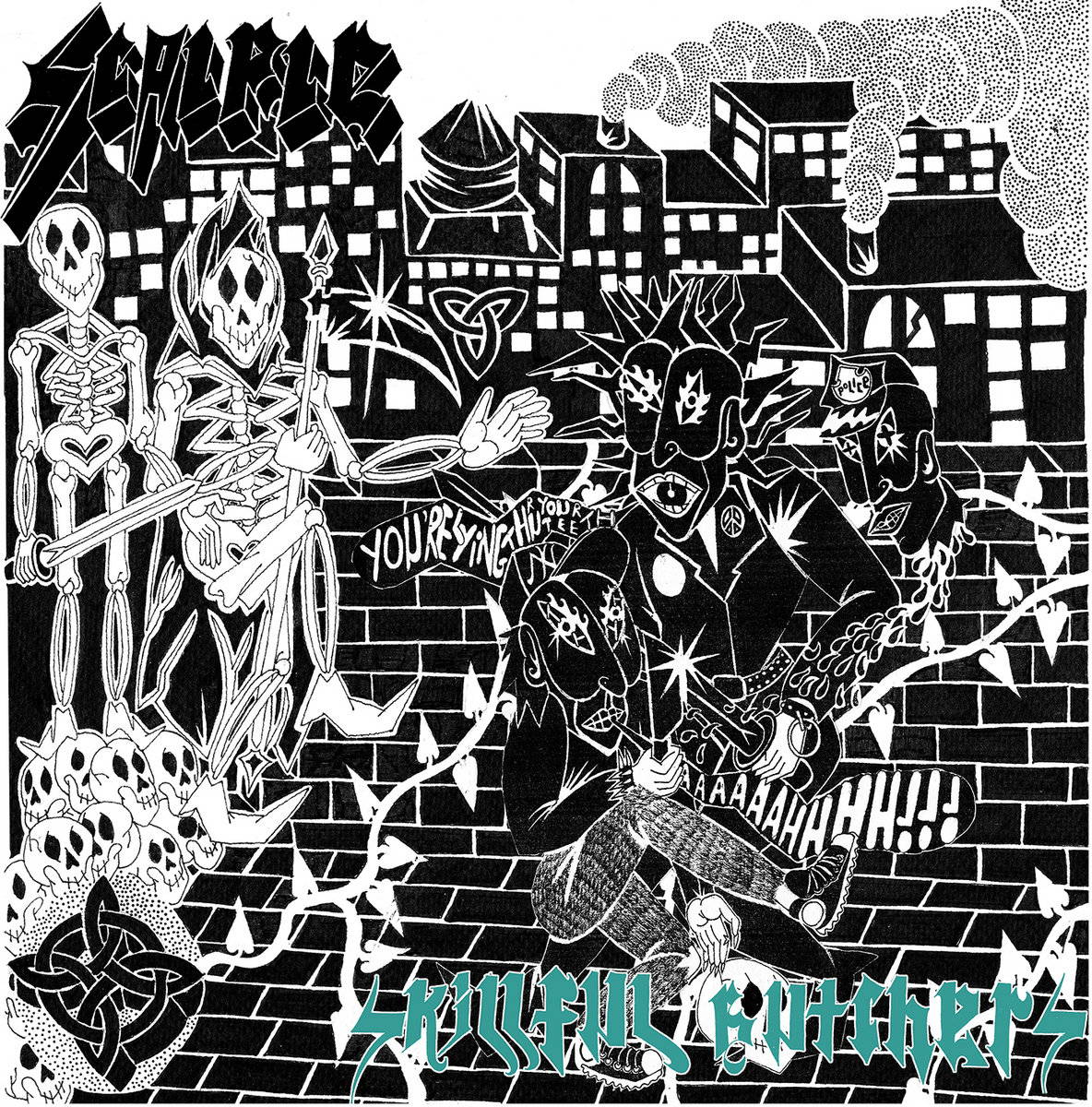 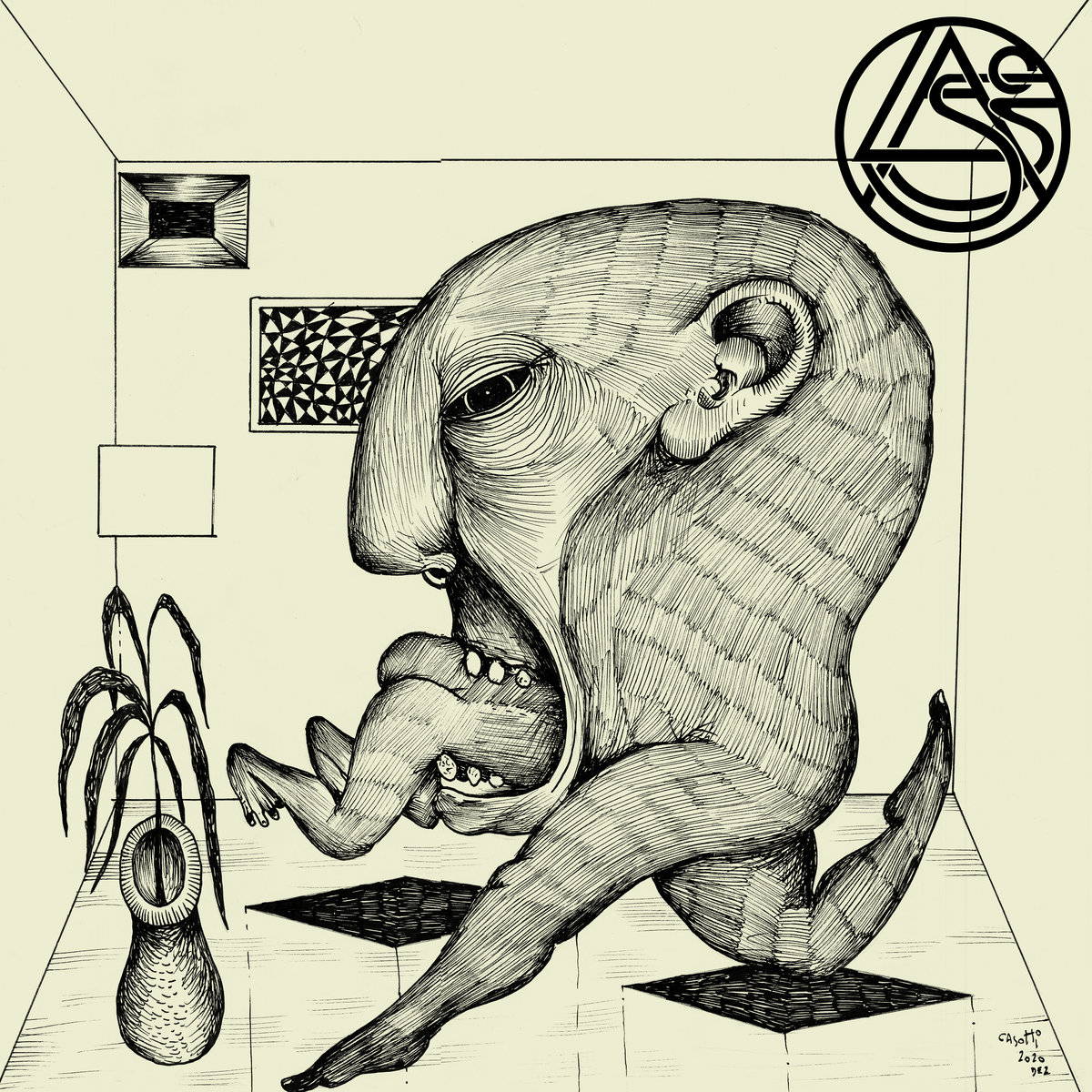 I know we keep teasing you, but we are VERY close to launching pre-orders for Scalple’s Skillful Butchers LP and Lasso’s debut EP on Sorry State. In the meantime, though, you can stream a preview track from the Scalple LP and listen to the entire Lasso EP on the Sorry State Bandcamp site. More on these next week! 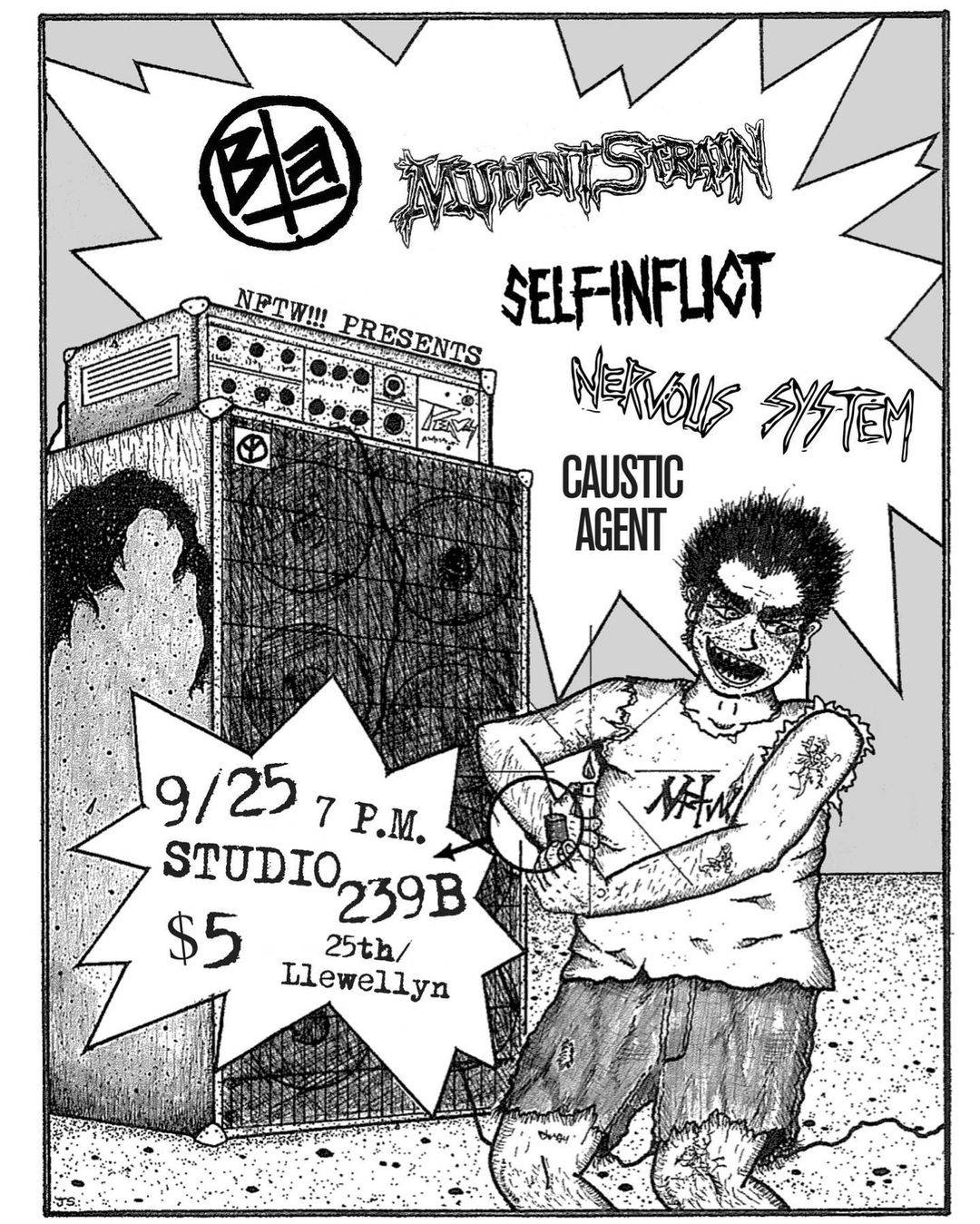 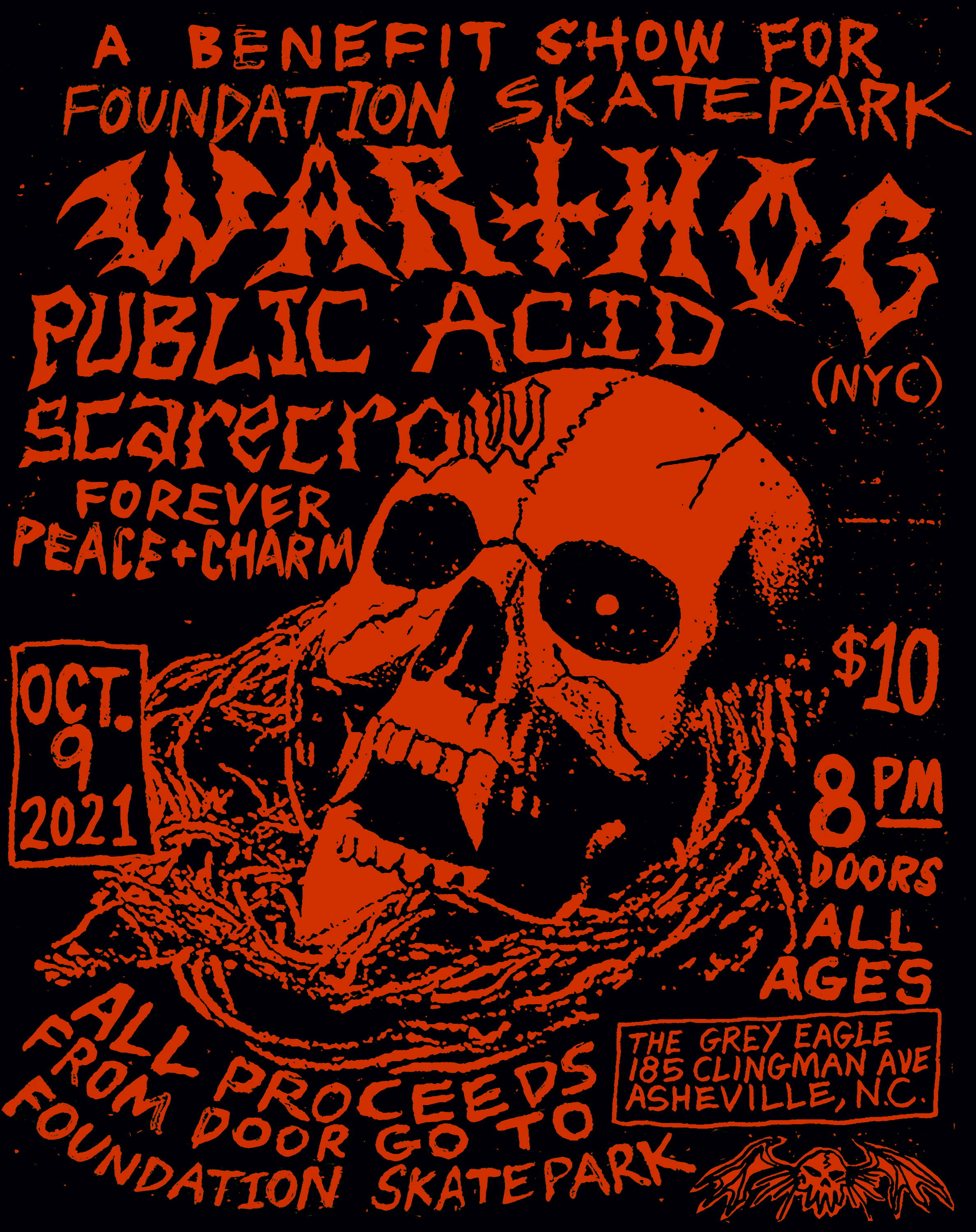 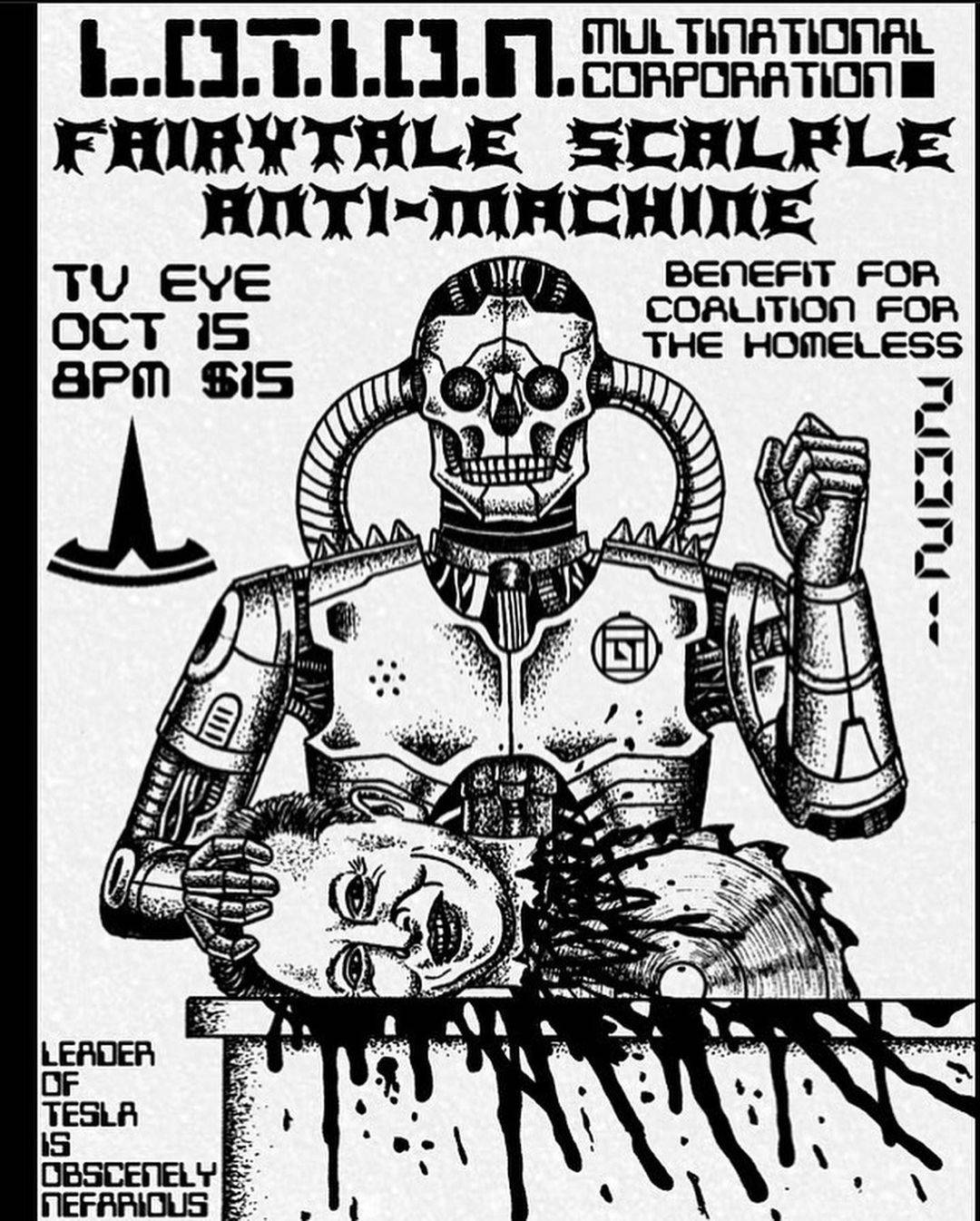 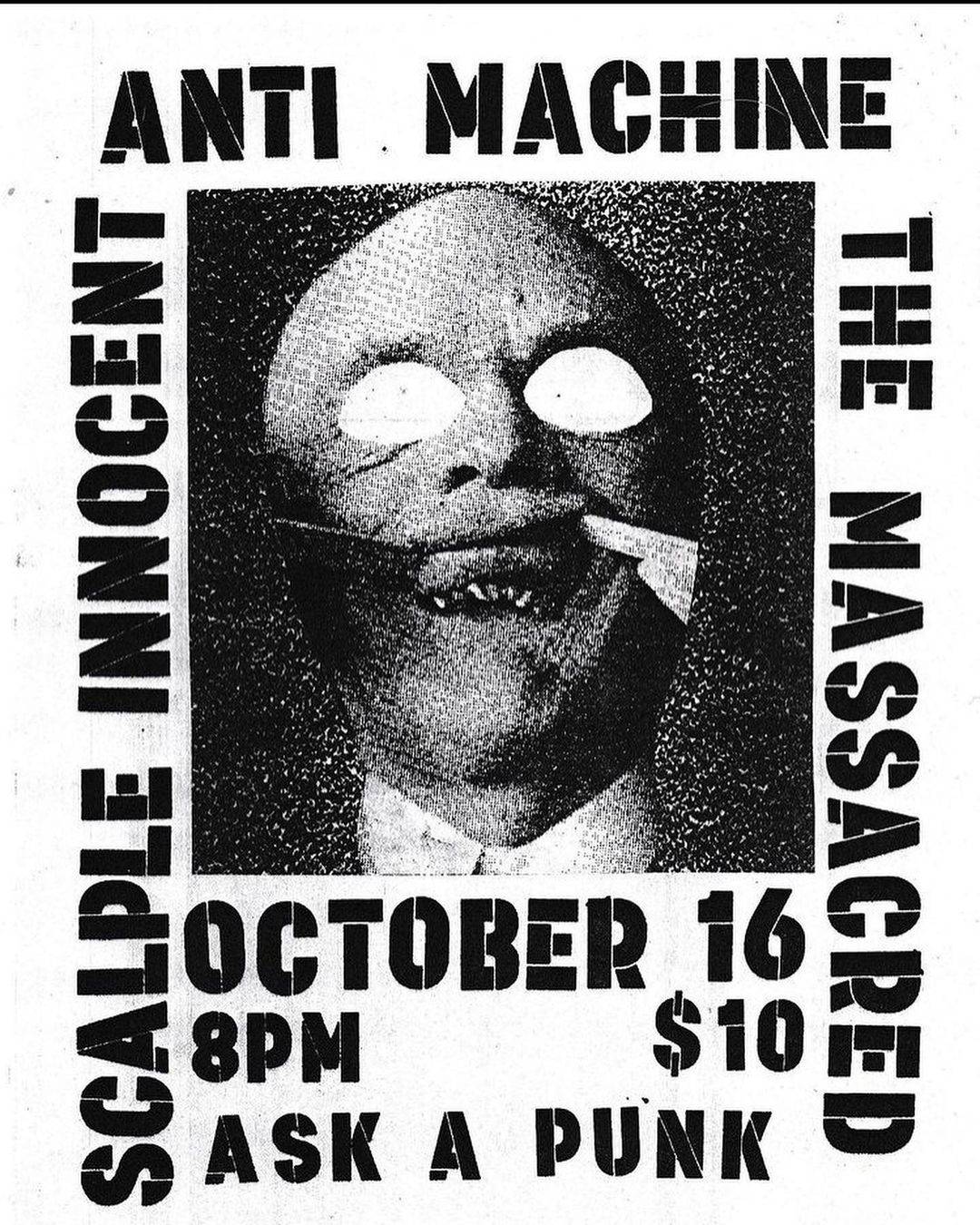 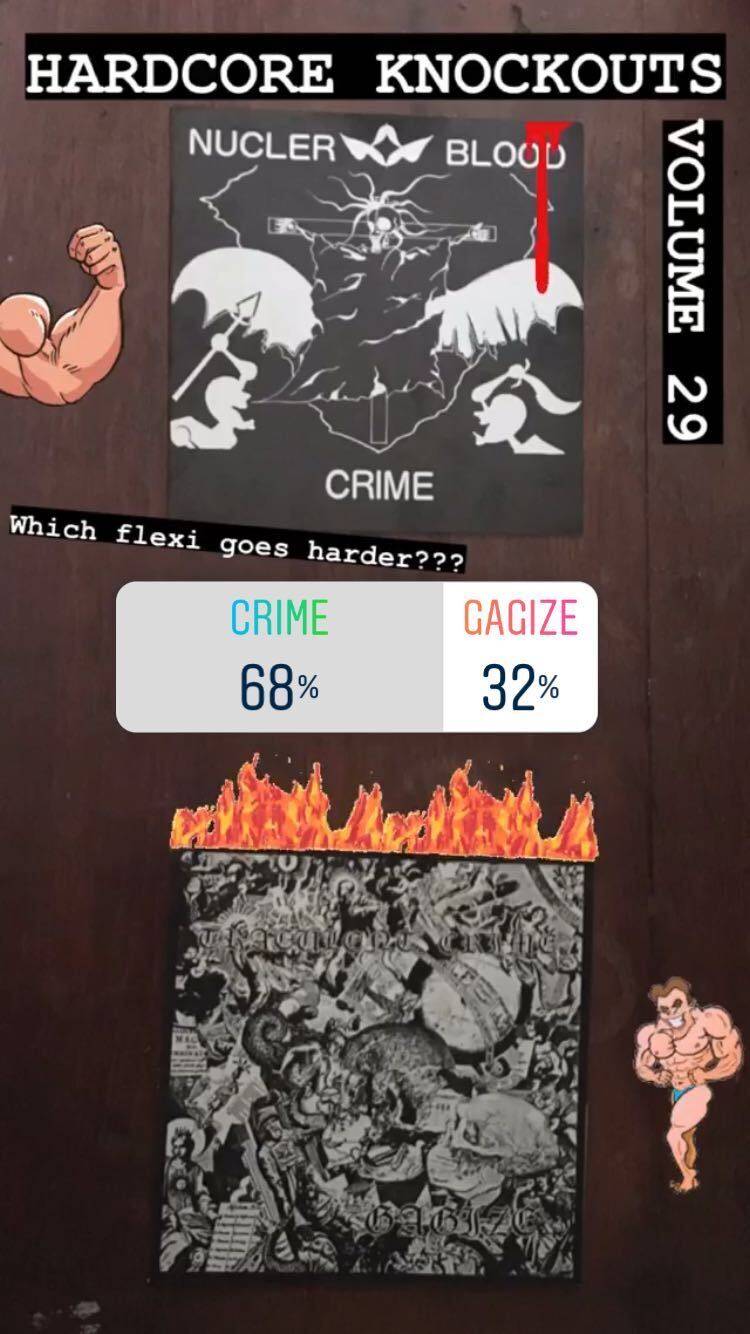 I guess Usman took my ribbing about his obsession with Finland to heart, because he’s zoomed us over to Japan for this week’s edition of hardcore knockouts, which offers a choice between two pretty obscure 80s Japanese flexis. I remember I picked up my copy of the Gagize flexi in London at that place in Notting Hill where the two guys with the same name (I think it was Bill?) had two different record shops in the same space. Weird scene, man! 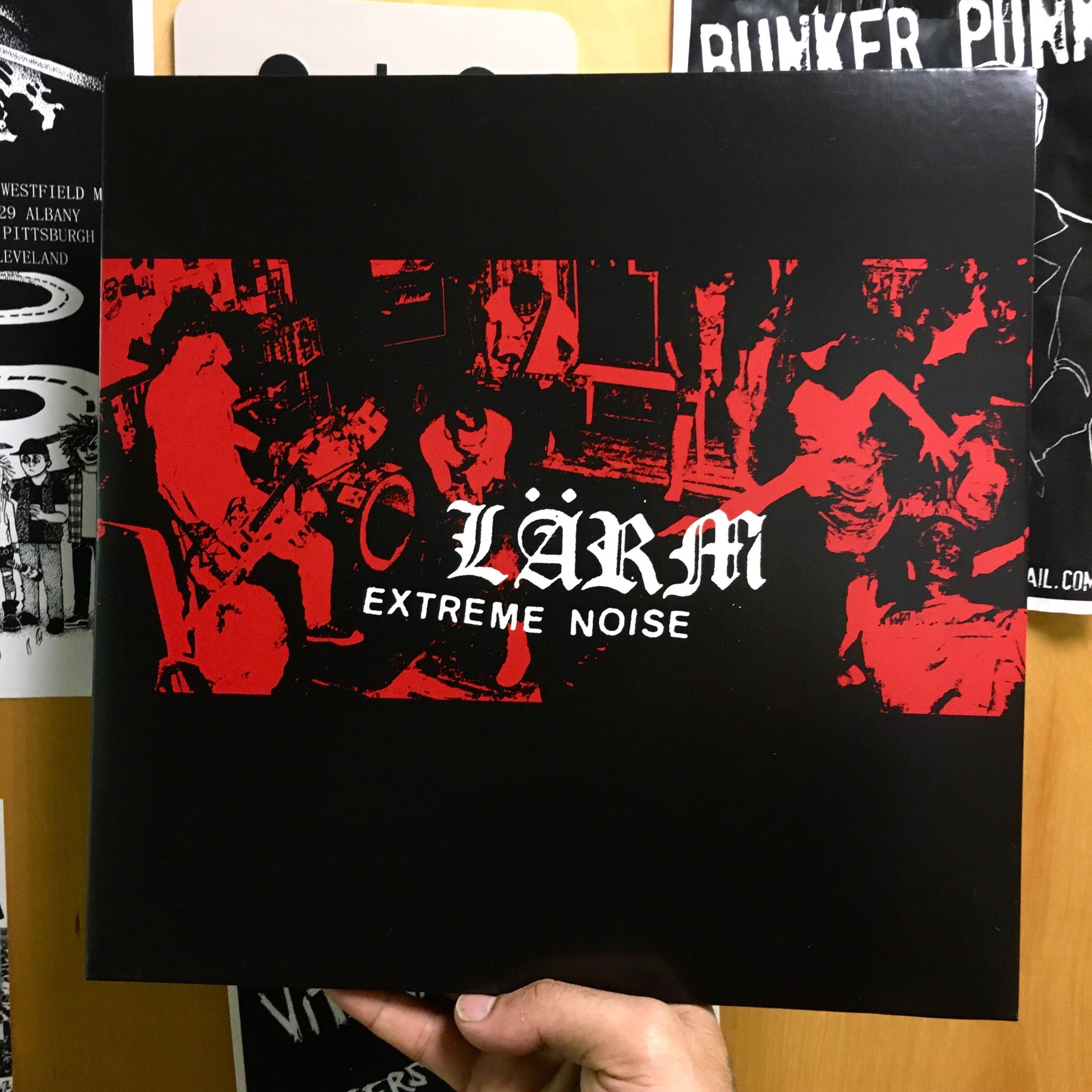 My pick from Sorry State’s Discogs listings this week is Extreme Noise: Complete Campaign for Musical Destruction, a double LP compilation from fastcore legends Lärm. I’m not sure I could take this entire collection in one sitting, but sometimes you want the fast shit, and this one will have you covered no matter what size dose you require.

Years ago, I used to include charts of Sorry State’s best-selling releases in the newsletter. I remembered the idea the other day and I think it’s time to start it back up! We need to think of a catchy name for this section (feel free to submit your ideas) and make a new header, but in the meantime, here’s the content. Below, we have the ten best-selling releases at Sorry State over the past 30 days. 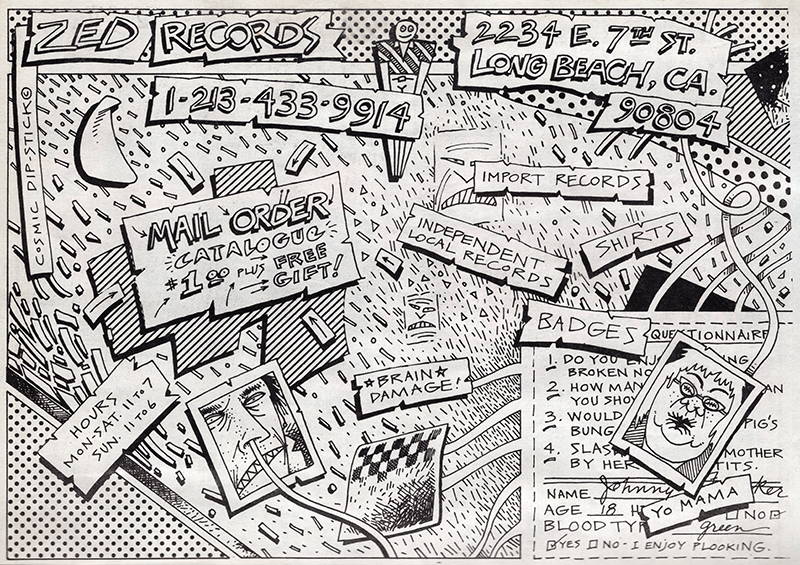 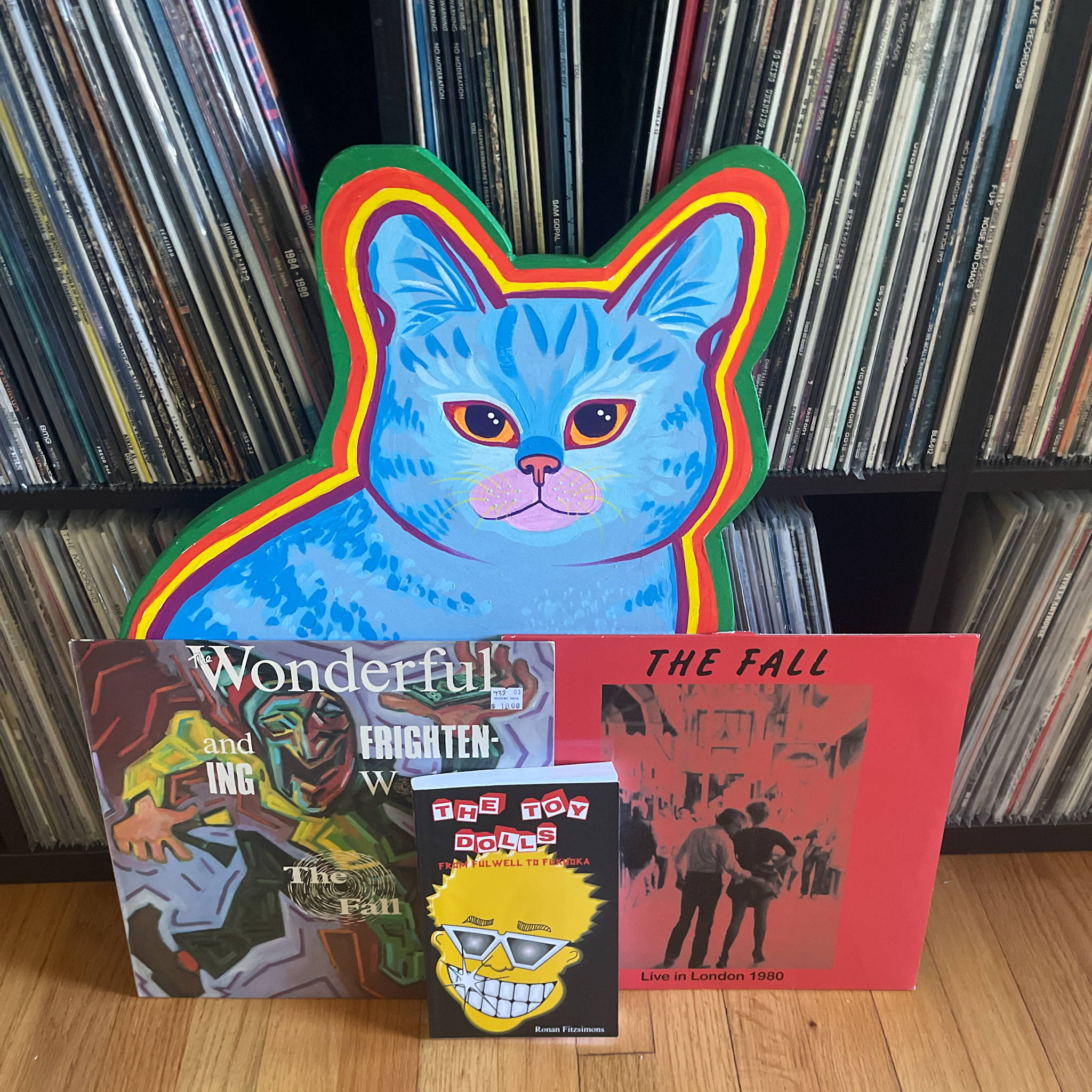 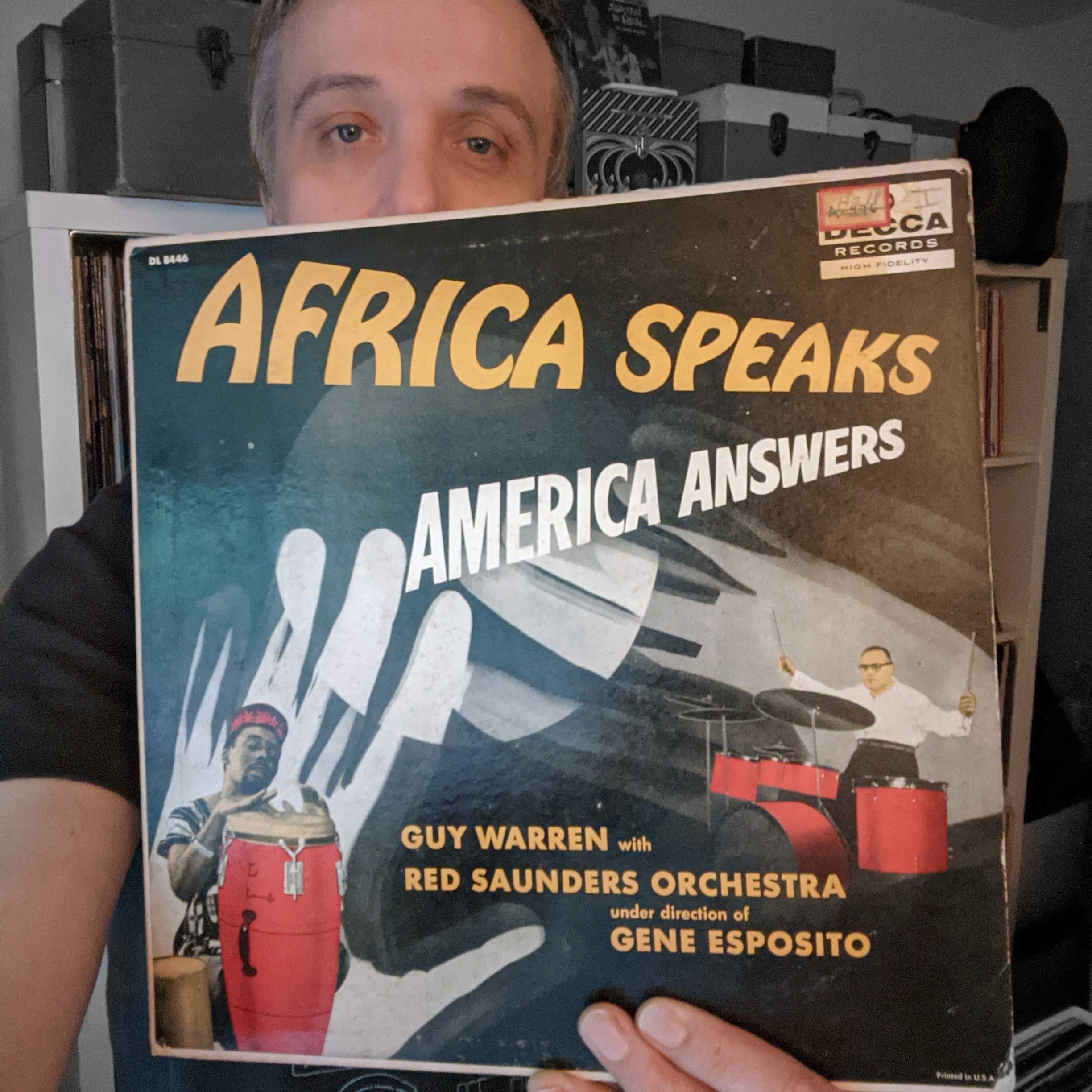 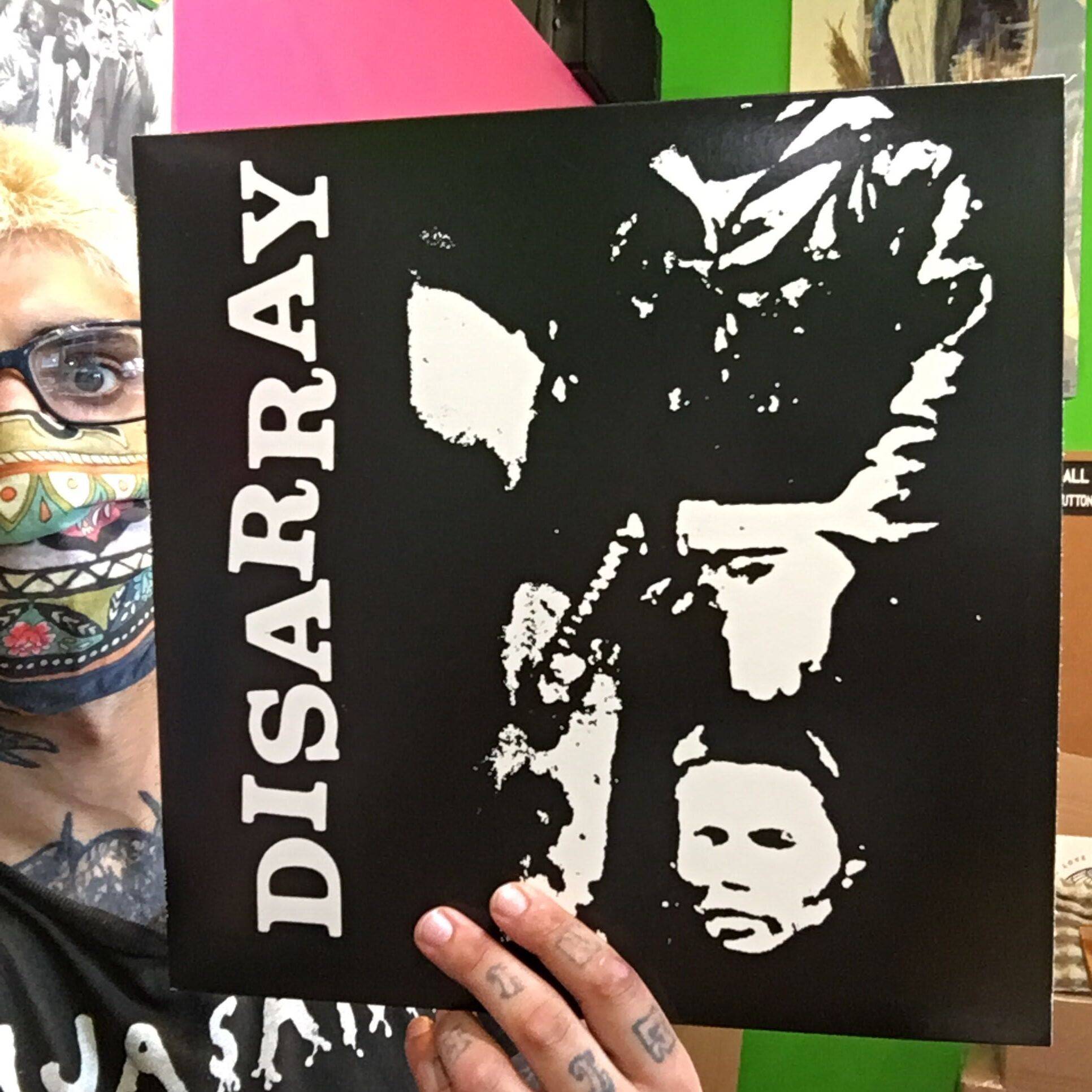 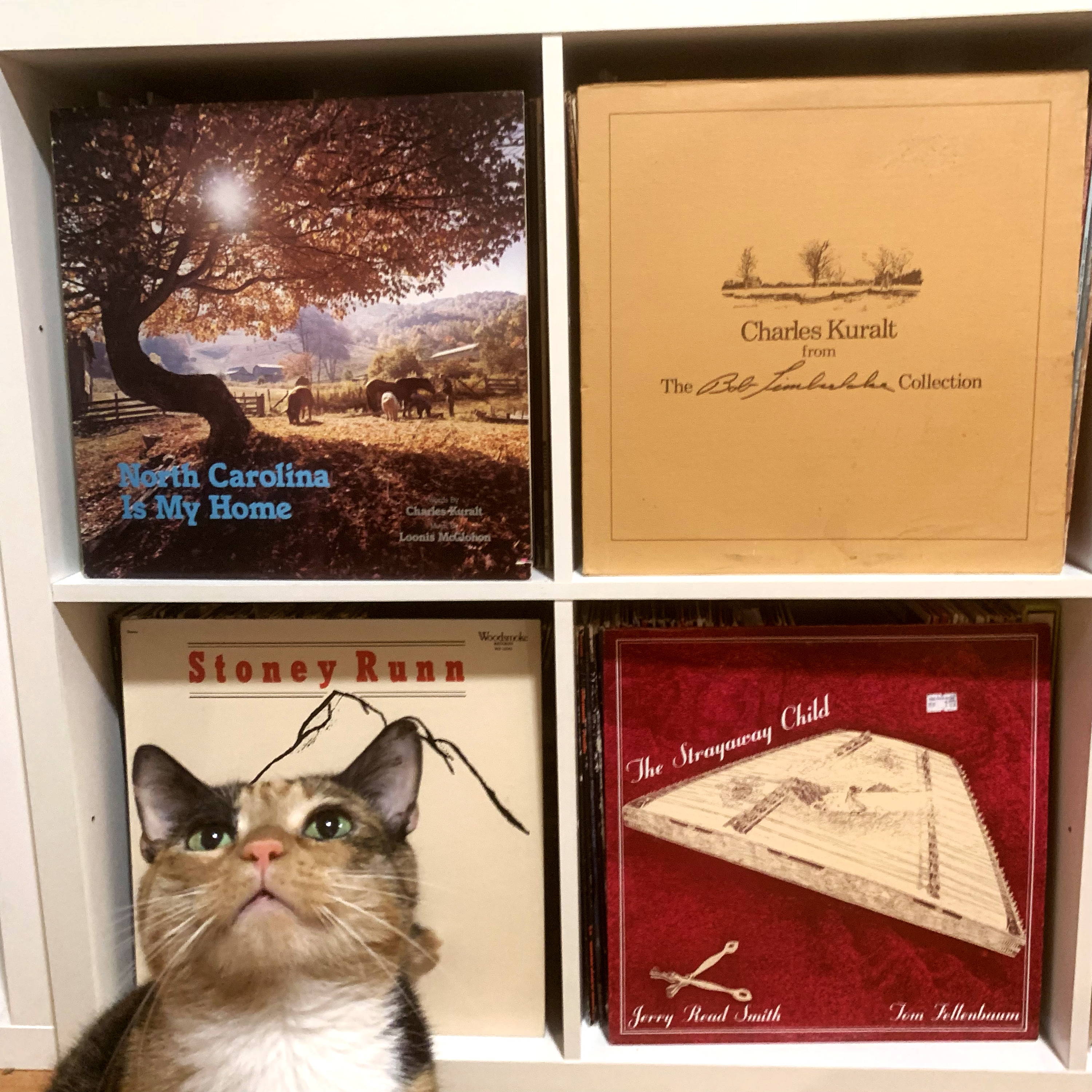 The latest issue of Razorblades & Aspirin just landed at Sorry State! As usual, this issue is packed with content tailor-made for people who shop at Sorry State, so don’t miss it!

When I started distributing punk records, I never thought I’d find myself selling puzzles, but hey… when Lebenden Toten makes a puzzle, you stock the fucking Lebenden Toten puzzle! 1,000 pieces, so you can get through about 35 plays of their entire discography before you finish it.

Philadelphia’s ICD10 were killer when I saw them with Public Acid in Philly a few weeks ago. We just got in copies of their demo, which I recommend… part Japanese-style noise punk, part catchy hardcore, part abrasive noise, and wholly original. More on this one later, I’m sure.

We just got in a huge shipment from Black Water Records. Usman wrote about Disarray for his staff pick this week, but we also restocked their Hakuchi reissue, recent releases from Lebenden Toten and Death Ridge Boys, and a couple dozen other titles from Black Water and affiliated labels.

Feel It Records brings us this reissue of Soul Patrol, a totally obscure KBD-era punk band from New Orleans.

The new Carcass album landed at Sorry State this week too! I’ve always been a big Carcass fan, and I’m rocking Torn Arteries as I’m writing now. It’s a ripper with some wild lead guitar, continuing in the style of their last album Surgical Steel, but perhaps a little more out there and angular in places.

We just got in three new releases on Open Palm Tapes from Zhoop, Tetsuo, and Desbordo, plus a restock of the excellent LSG cassette Open Palm released a few months back.

We just got in this interesting tape from Divine Intervention. It’s an out-there mix of sound collage and black metal, and while on paper that sounds like it could be terrible, I’m enjoying it. 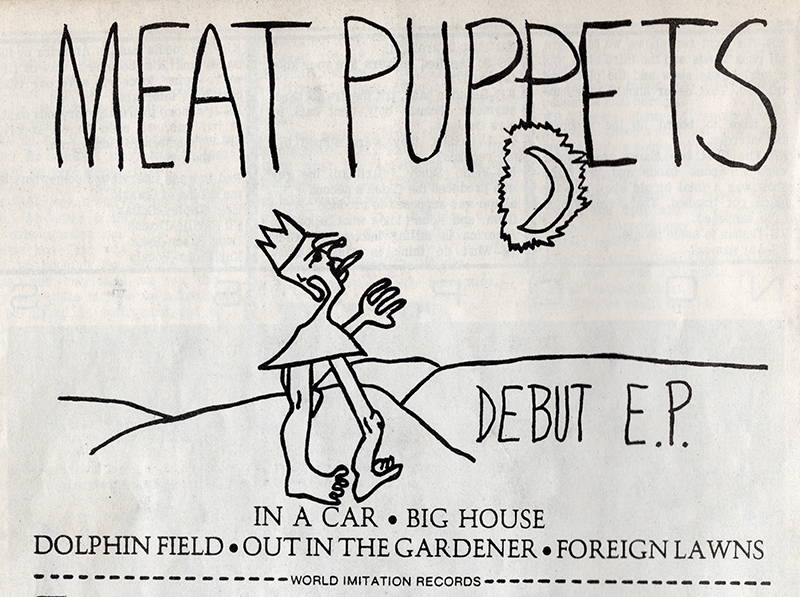