Record of the Week: Tower 7: Entrance to a Living Organism cassette 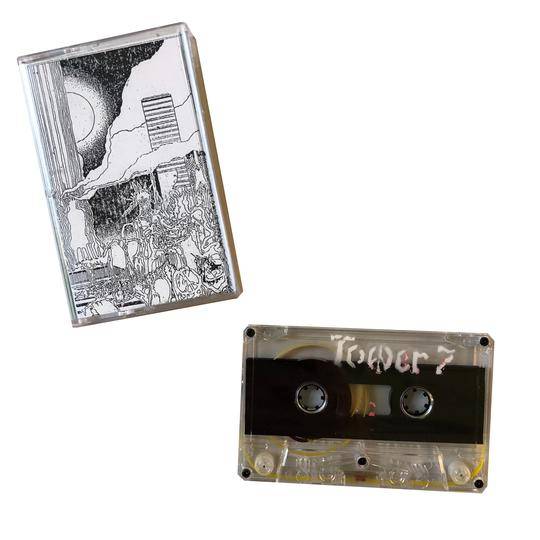 Tower 7: Entrance to a Living Organism cassette (D4MT Labs) I pay attention to everything released on the D4MT Labs imprint (a label operated by the Kaleidescope camp in New York) precisely so I don’t miss gems like this. While the label’s brief description calls Tower 7 “crust,” I don’t hear that at all. Instead, Tower 7 sounds like a not-so-modern update of COC’s sound circa Eye for an Eye. Punishing, Sabbath-influenced slow parts (like the total crusher that begins the tape) give way to loose and desperate-sounding fast parts, which can escalate into ripping, straight up thrash. Not only is their singer a dead ringer for Eric Eycke from COC, but the warm, murky production (a theme that runs through a lot of D4MT releases) also sounds right out of 1984. With eight fleshed-out tracks, Entrance to a Living Organism listens less like a demo and more like a full-length, but there isn’t a weak moment. I predict this one will live near my tape deck for a long time.