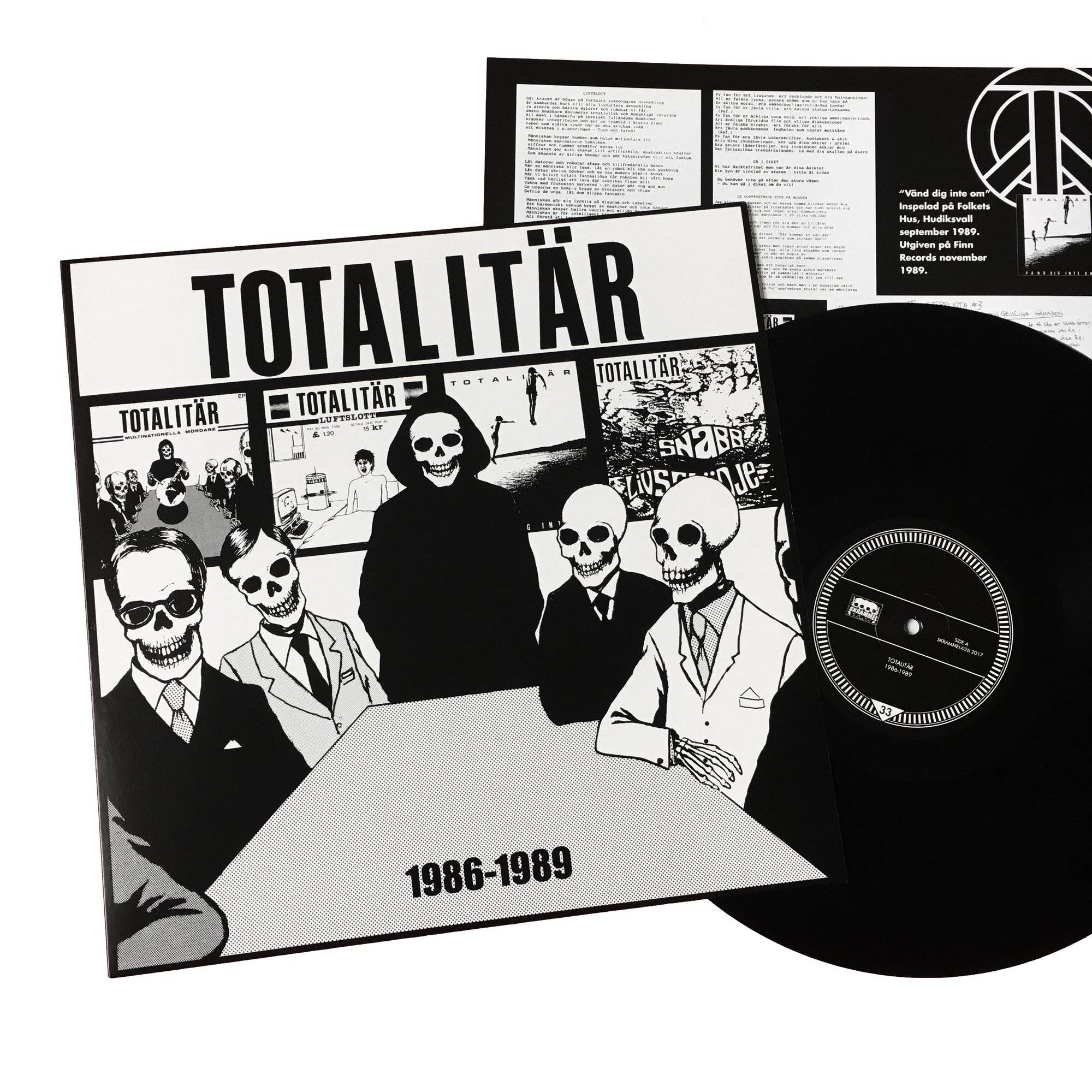 Totalitär: 1986-1989 12” (Skrammel) Collection LP bringing together all of the 80s-era material from Swedish hardcore legends Totalitär. Honestly, it has been years since I’ve spun this stuff and it’s way better than I remember it. Perhaps that is due to the increased fidelity on this particular version (I haven’t A/B’d them, but sources tell me that this LP sounds much better than both the original releases and the Wallbreaker CD), but these tracks sound particularly explosive to my 2018 years. Honestly, though, the thing that really stands out about listening to this now is that it sounds kind of kvlt in a weird way… not so much because of the rawness (though it certainly is raw!), but rather because of the idiosyncratic nature of the songwriting. The earliest tracks here (from the 86 demo) are pretty straightforward Swedish hardcore a la Anti-Cimex or Shitlickers, but after that the band starts to spread out a bit stylistically and incorporate a lot of more disparate elements into their sound. Over the course of a handful of tracks you might hear a few rocked-out riffs, some blistering fast Shitlickers-style hardcore, some more in-the-pocket Cimex-style d-beat, some mosh-worthy mid-paced riffs and even a bright and punky, UK82-style part in there as well. However, these influences aren’t streamlined and unified on these tracks, they’re just thrown together in often semi-uncomfortable juxtapositions that remind me of the more avant-garde and idiosyncratic end of black metal (just in the compositions, obviously… Totalitär never sound like black metal). Over the next decade and a half or so all of these elements would kind of stew together into the band’s signature sound, but here—particularly on the Vänd Dig Inte Om and Luftslott EPs—the band is still working to figure out how all of their different influences fit together. If you ride hard for the later stuff you might dismiss this material as formative, but for me it has its own charm, and has something that the later, more streamlined material loses. Regardless, if you’re a fan of Swedish hardcore you need to pick this up, as it would be hard to argue that this release isn’t the best possible way to listen to these tracks.

Sorry, I don't believe this one is streaming anywhere online!