Record of the Week: The Dark: Demons 7" 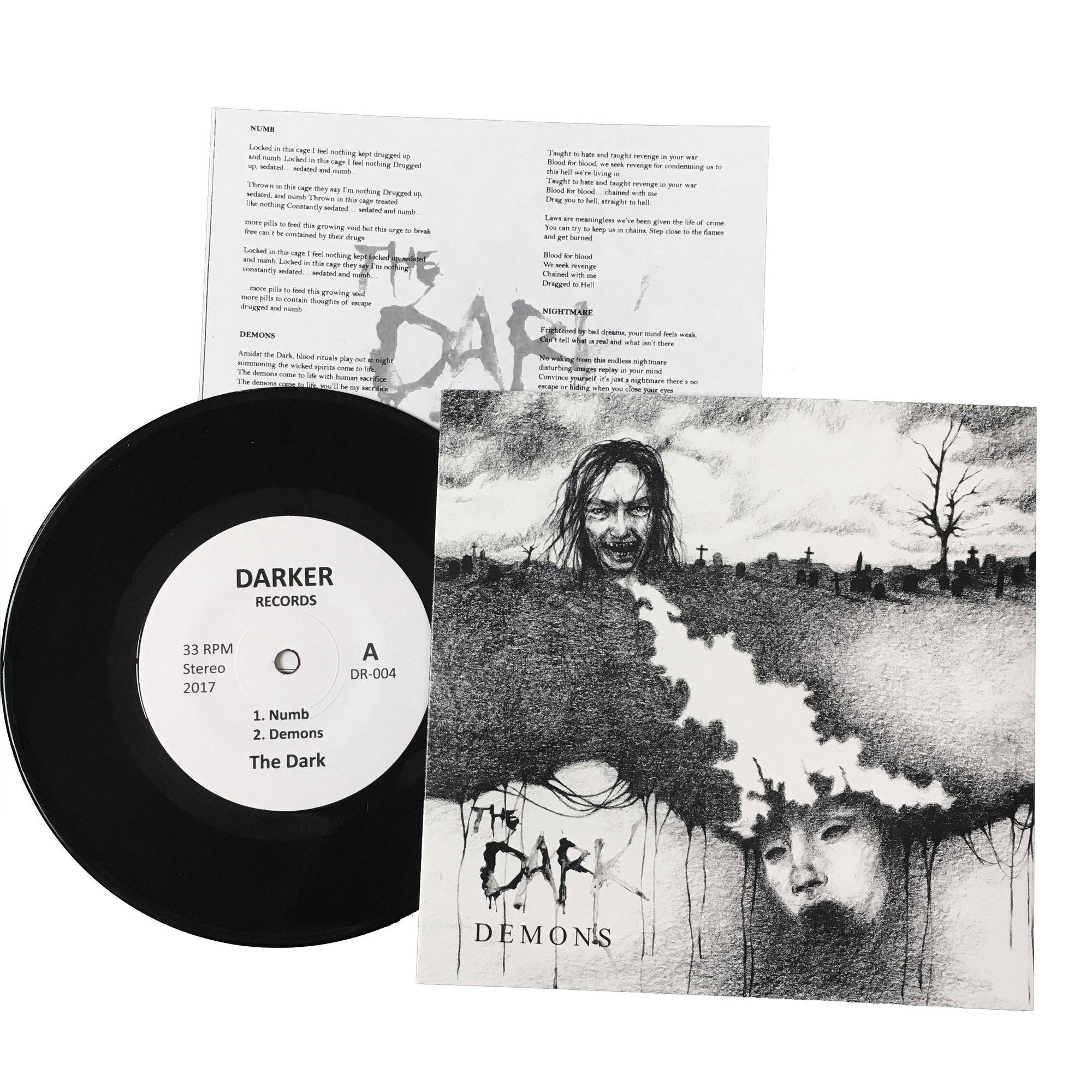 The Dark: Demons 7” (Darker) 80s Japan has proven a fertile hunting ground for contemporary hardcore bands looking for hip influences, but I feel like most bands tend to focus on the tougher and more hardcore elements of that sound… in other words, there is no shortage of bands who imitate Sakevi’s growl, Kuro’s wall of sound production, or Confuse’s loose and manic pogo beats. However, while the Dark are clearly inspired by 80s Japanese punk, they take a different tack, leaving behind those “tough” elements in favor of bringing out the spooky and haunting qualities on records like the Execute’s Criminal Flowers EP or G-Zet’s killer 12” EP on ADK. In particular, the Dark separate themselves from a lot of the pack with their vocal sound, which largely eschews the Sakevi grunt-growl that you hear appropriated by modern bands like Blazing Eye or Odio in favor of a kind of tortured, semi-yodeled howl… it’s a really difficult sound to describe, but if you’ve heard Criminal Flowers you know exactly what I’m talking about. As for the rest of the instruments, they tend to burrow into a mid-paced, metallic kind of sound that makes me think of Zouo or Gudon, never breaking into full-on Gauze / Systematic Death-style thrash. And yes, there are a couple of the requisite guitar leads, but they’re not a main focus, hanging back in the mix and contributing to the overall sense of atmosphere rather than hogging the spotlight themselves. I know that I’ve referenced a big ‘ol stack of Japanese punk records in this description, and while the Dark are clearly inspired by the music of that era, they’re combining the ingredients in a way that still feels fresh and exciting to me. Further, this record feels real and underground and not like a band imitating a cool style so that they can get a spot near the middle of the bill on a regional punk fest. Highly recommended.