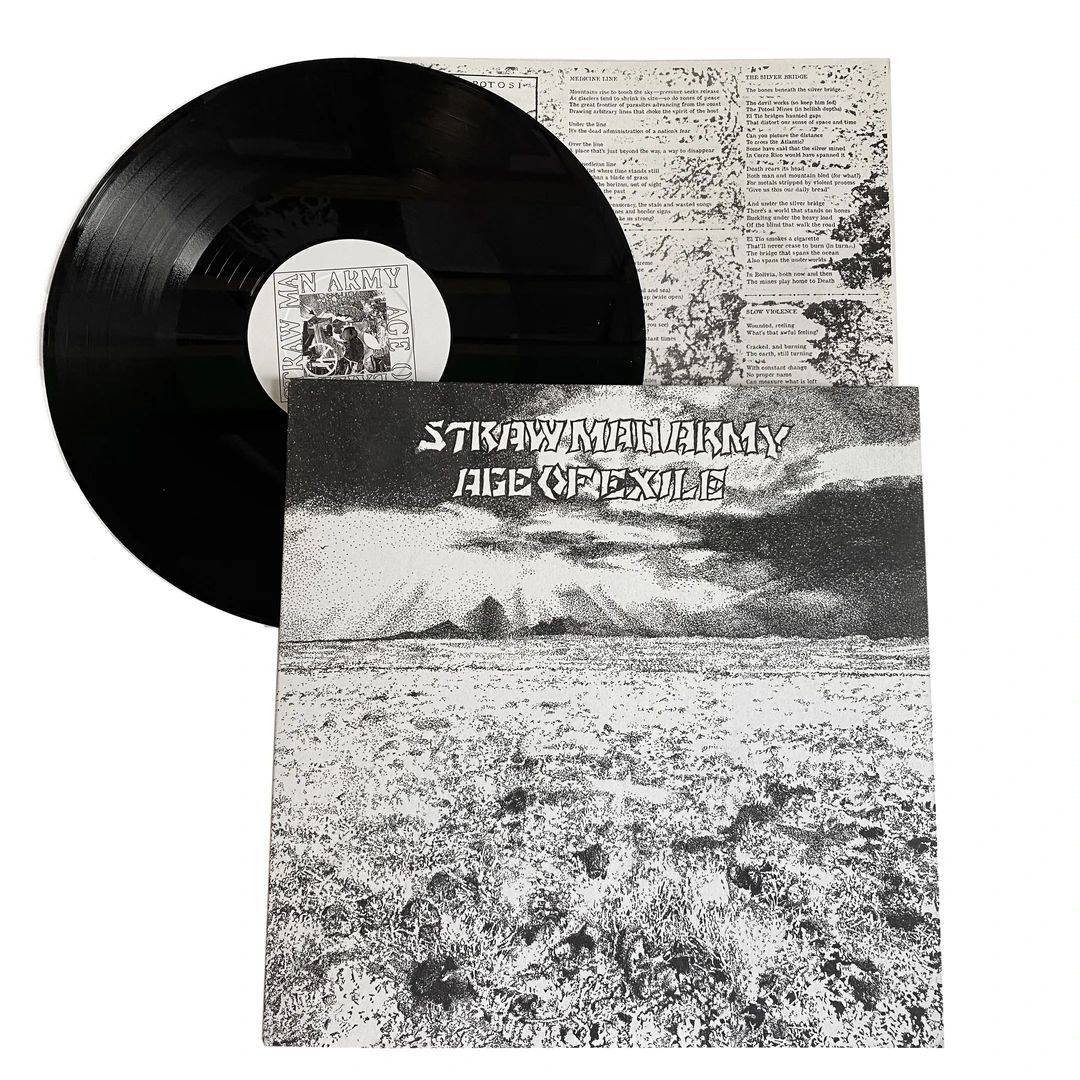 Straw Man Army: Age of Exile 12” (D4MT Labs) I’ve lost track of how many times I’ve listened to Age of Exile in the past few weeks. I got a preview before it came out and on the first listen I was hooked. My first impression was that it sounded like Kaleidoscope (with whom Straw Man Army shares members), but it’s reaching toward something more like the song-oriented anarcho punk of Zounds and Crisis. I’ve been playing this record into the ground in the subsequent weeks, though, and there’s so much more to hear than a simple “this kinda sounds like this” comparison. One thing Straw Man Army shares with Kaleidoscope is a sense of rhythmic sophistication and inventiveness. We expect that a neo-anarcho band will have some interesting marching band snare patterns, but there’s so much more to the tracks on Age of Exile. Every song has a unique groove (or rather several of them, frequently overlapping), giving the album a sense of scope and breadth far beyond most contemporary punk records. And then there’s the sense of melody, which is equally sophisticated. While the interwoven rhythms make each song seem like a dense tapestry, the guitar melodies have a sense of sweetness and directness that makes Straw Man Army seem approachable and human. And then there are the lyrics, which I haven’t been able to dig into thoroughly, but are as dense, poetic, and vibrant as the music, focusing on how to live in the rubble of empire. Age of Exile is a striking album no matter which aspect of it you focus on, and it’s so distinctive and consuming that I can already tell it’s going to be a big part of the soundtrack to this part of my life.