Record of the Week: Slant - 1집 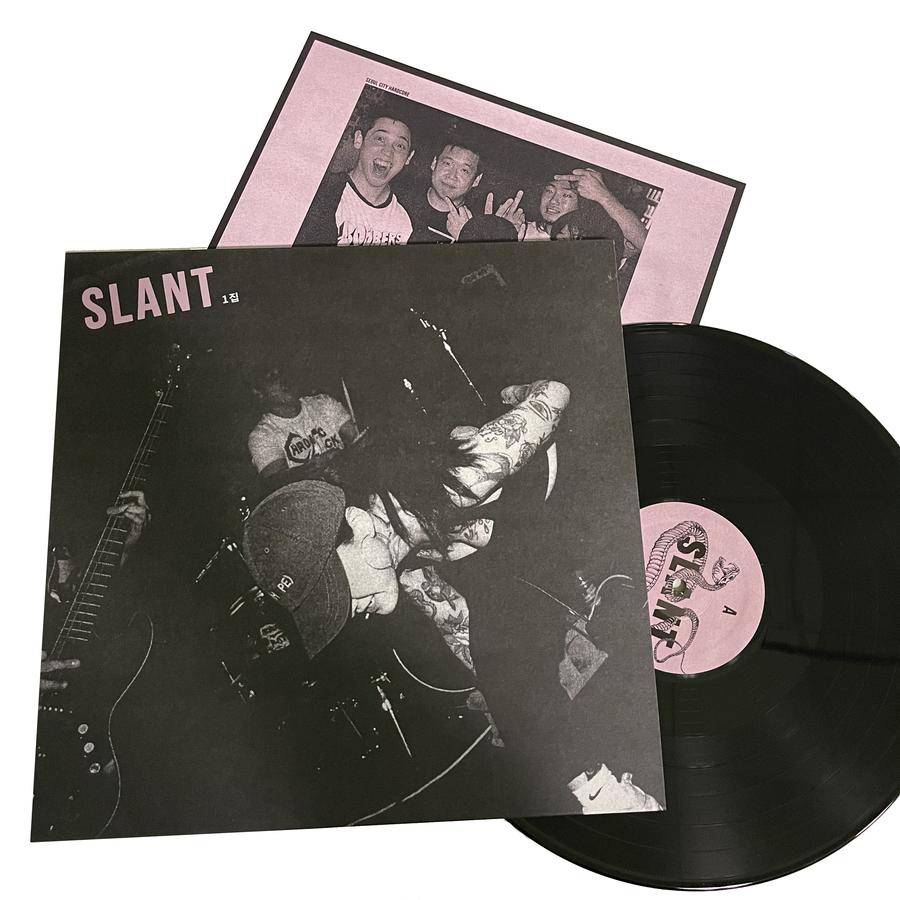 Slant:  1집 12” (Iron Lung Records) I hate to name something Record of the Week when we’re out of stock, but I’d be lying if I said anything but this Slant LP was the record of the week around here. The reason we’re out of stock is that there’s been something of a feeding frenzy surrounding this record. Iron Lung dropped the pre-order during February’s Bandcamp Friday. The color vinyl sold out fast, and I think the black vinyl just kept selling after that, because Iron Lung had to cut shops’ wholesale orders by 2/3. But this isn’t some vinyl nerd hype band.  1집 just dropped like a bomb and I think the hardcore world collectively said FUCK YEAH! THIS RULES! Another element behind the feeding frenzy might be that Slant—besides having put out an absolute bomb blast of a record—have a sound that people from overlapping genre silos can get behind. Iron Lung’s description mentions Boston Strangler and Violent Reaction and those are good comparisons, but the guitar leads and some riffs are rocked out in an early 80s Southern California kind of way (moments even remind me of Government Warning). And to top it off, the singer sounds PISSED. The hater must be strong within you if you can’t get behind this record. Oh, and the repress is already in progress and there should be plenty to go around… we’ll notify you when our restock arrives. Until then, go find that cable that plugs your smartphone into your good stereo.