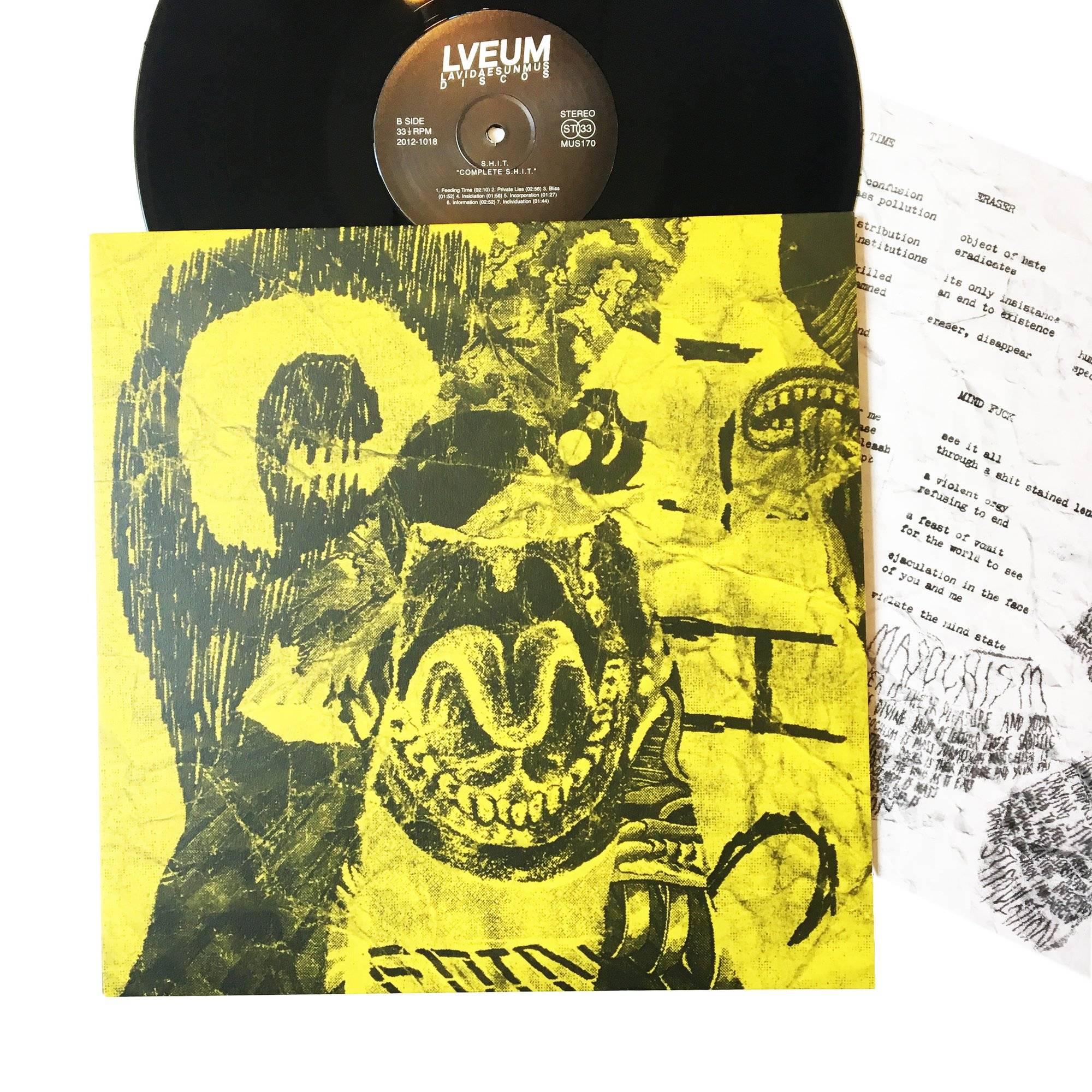 S.H.I.T.: Complete Shit 12” (La Vida Es Un Mus) Discography-to-date from this great Toronto band, bringing together their demo, previous four 7” EPs, and their contribution to the Hardcore Gimme Some More compilation. It’s funny, I think that I do this all the time, but I’ll go for a while without listening to a band and then they come out with something new and I think to myself (and, consequently, write in one of these descriptions) “man, they’ve really stepped things up with this release.” I remember thinking (and possibly writing) the same thing about the last S.H.I.T. 7”, which was one of my favorite records of 2017 (though I had actually picked up an earlier cassette version at Damaged City 2016). However, listening back to all of the band’s previous releases on this LP I realize that S.H.I.T. were pretty incredible right from the start. When they first started releasing stuff I remember thinking that they had quite a lot in common with the New York bands of the time (particularly Dawn of Humans), but listening to it now you hear plenty of what made that last 7” so great. It’s easy to describe S.H.I.T.’s general framework—simple pogo beats and heavily reverbed/delayed vocals—but that description glosses over what is perhaps the best part of the band, which is the riffs. I don’t really know how to describe it except to say that the band is an absolute riff machine, and nearly everything they write is insanely catchy and memorable without feeling derivative in the slightest (seriously, where do these riffs even come from?). Further, they have a knack for arranging songs in a way that highlights that obvious strength… the drums are generally pretty minimal and leave a lot of space for the riffs to breathe, and the songs tend to be structured as vamps on a central riff rather than developing or evolving harmonically over the course of the track. The band generally just works out what they can do with a particular riff, simplifying it or adding onto it, layering noise over top of it, adding stops and pauses in the middle… often they give off the vibe that they’re just kind of jamming, though the music way well be meticulously composed and arranged for all I know. It sounds kind of simple and boneheaded when you describe it like that, but if you’ve ever been privileged enough to see S.H.I.T. live you know they can get a pit going like very few others, and unlike many bands they’re extremely adept at capturing that power on their recordings. If you missed any of these releases the first time around then this collection is really a no-brainer, but honestly this material is strong enough when compiled together that it also makes a great place to start if you aren’t familiar with the band. The only way that I wouldn’t recommend picking this up is if you have every single one of the releases that it compiles and you really, really like flipping over 7” records.