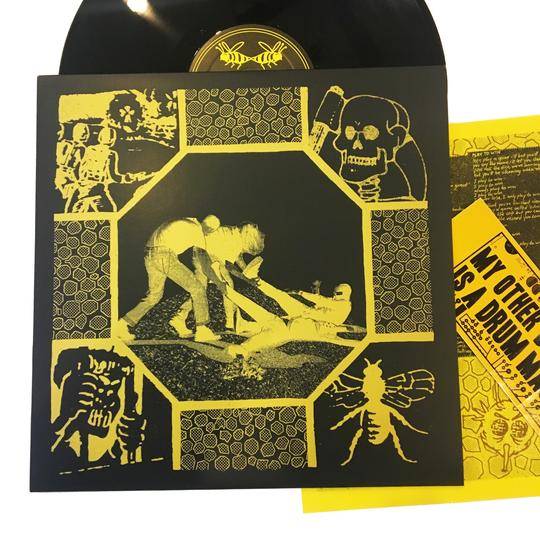 S.B.F.: Same Beat Forever 12” (Neck Chop) Debut full-length from this drum machine-backed punk duo from California and it’s a massive step up from their earlier material. The formula is largely the same—tough, catchy punk with a drum machine pumping away relentlessly behind it—but the significantly beefier sound and razor sharp songwriting make this the S.B.F. record to get. When you first listen to Same Beat Forever the first things to jump out are the massive choruses (see the kick-off track, “Tarantula Hawk”) and the street tough vibe. Seth remarked that this record reminds him of oi! music, not because S.B.F. have any of those stylistic traits, but rather because this sounds like simple and tough street rock a la Blitz. When you listen closely, though, you hear a lot of delicate detail. Every song is packed with catchy guitar hooks worthy of the Marked Men (though S.B.F. sound nothing like them), and despite the self-mocking title, S.B.F. use their drum machine more effectively than just about anyone since Big Black. With eight short tracks that range from Big Black-esque pounding (“Rock to the Head”) to Dead Kennedys-esque nightmare surf (“Devil’s Monocle”), this begs you to play it over and over.