Record of the Week: Runt: Positions of Power LP

So, I'm going to try something new here. I've been having trouble keeping up with our featured release descriptions, so I'm going to instead try highlighting one record per week. It might be a record that's the current talk of the scene or it might be something we personally like a lot and think you should check out. We love comments, so please feel free to sound off on why you think this should or shouldn't be the record of the week. 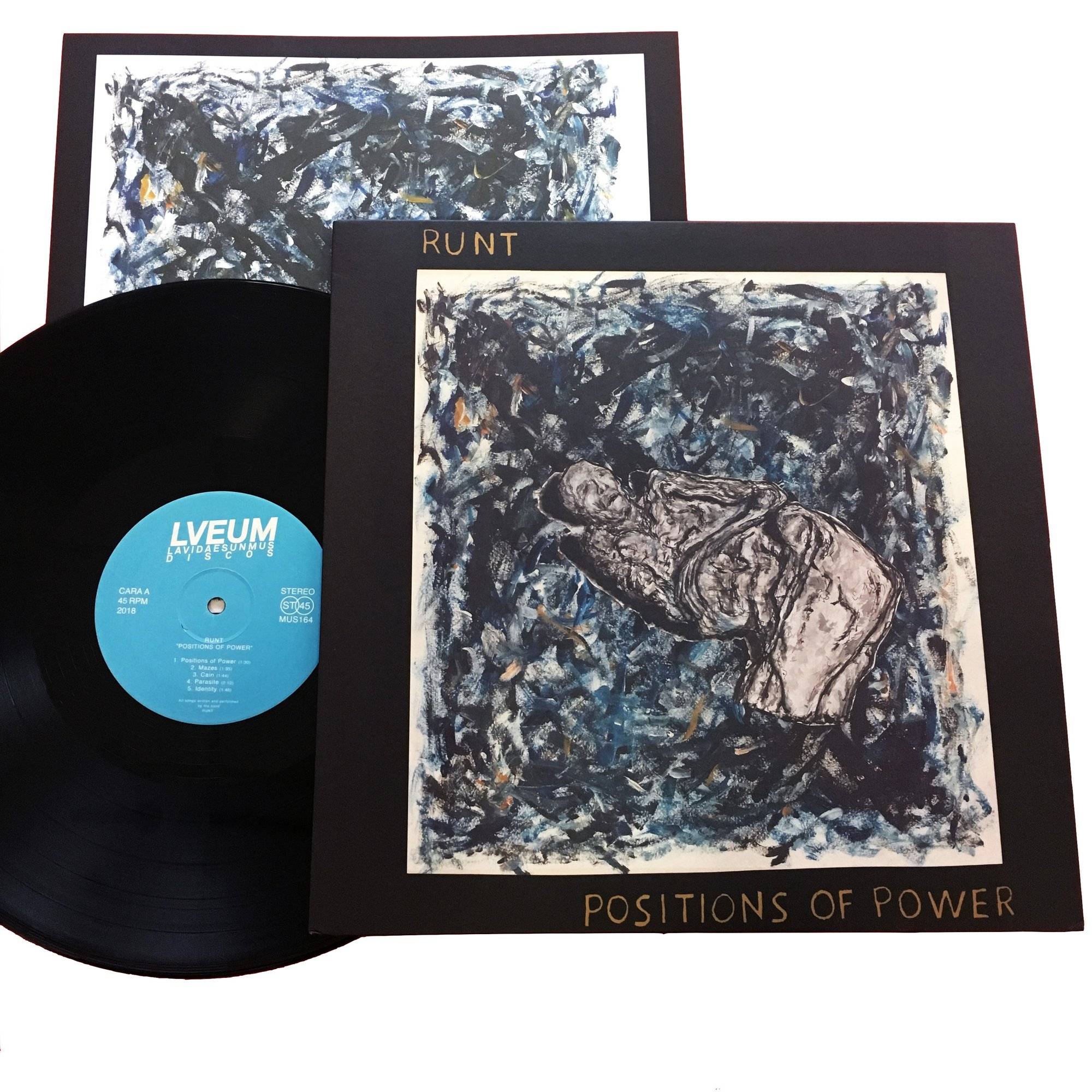 Do you like Crass, bro? There have been a lot of bands doing the anarcho revival thing over the past few years, but for my money Runt do it better than pretty much anyone I’ve heard. I think the key here is that they’re not really retro-sounding at all… the production isn’t super vintage-y sounding and they tend to avoid the corny and obvious tropes of anarcho punk like endless snare rolls and long spoken intros that most bands doing a deliberate take on the genre tend to rely on as signifiers that HEY WE’RE AN ANARCHO GROUP. Instead, Runt channel the confrontational energy and the intellectualism of Crass but feel very much like they’re responding to a modern context. Lyrically, there’s a focus on identity and power that feels very much like a product of the last few decades of academic and intellectual culture and thought. Musically, this has that looseness that I love so much in other London groups like Good Throb and Frau (incidentally, vocalist Ash plays/played in both of those bands), but it’s denser, more aggressive, and in a word more hardcore. So, this has a lot going for it if you like your punk cutting-edge and forward-thinking, but if you’re an anarcho purist you’ll still love Ash’s very Eve Libertine-esque vocals and other little nods to anarcho punk history, like the way the record begins and ends with the same musical motif a la Part 1’s Funeral Parade EP.