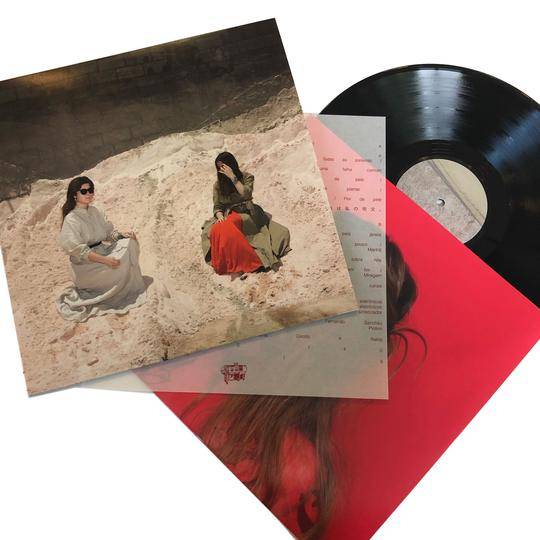 Rakta: Falha Comum 12” (Iron Lung) I’ve liked all of Rakta’s previous releases, but Falha Comum is one of those Wizard of Oz moments in a band’s history when they seem to step miraculously from monochrome into a world of full color. Even before they released Falha Comum I could see the record’s ambitious artwork signified a leap forward, but it hardly prepared me for the music’s brilliance. It’s like the band said “we’re tired of fucking around… we’re going to make the best music ever and we will not waste a single second of the listener’s time.” Falha Comum is a 36-minute, edge-of-your-seat thrill ride. Even though I’ve listened to it at least 20 times now, every time I put it on I sit upright and hang on every note like Rakta is delivering the sermon on the mount. Stylistically, Rakta have drifted away from their early post-punk sound, arriving at something that reminds me of a mix between Boy Harsher or Adult.’s dark and propulsive electronic dance music and Can or PiL’s psychedelic groove explorations. However, this record is so much more than a genre exercise or a deft melding of influences; those are merely ballpark sonic reference points. Interestingly, Rakta clusters the record’s more difficult material on side A. These songs are rhythmically minimal, drifting between musique concrete and dense noise / power electronics, only giving you an occasional beat or bass line to grab on to. Side A challenges the listener, priming us for an immersive, attentive listening experience. Once you’re ready, they unleash side B, where they lay down thick grooves and stretch each track like it’s an extended 12” dance mix at the coolest club you’ve ever been to in your life. If PiL’s Metal Box is one of your favorite records you’ll love this, particularly because it doesn’t ape PiL’s sound. Just as PiL took Can’s formula and expanded it to include elements of punk and dub reggae, so do Rakta grab PiL’s baton and add elements of noise and electronic dance music. There is not a single note, a single sonic utterance on this disc I do not love, and if anyone tops Falha Comum for the best record of 2019, it will be a great year for music indeed.