Record of the Week: Public Trust - Dirt in my Eye 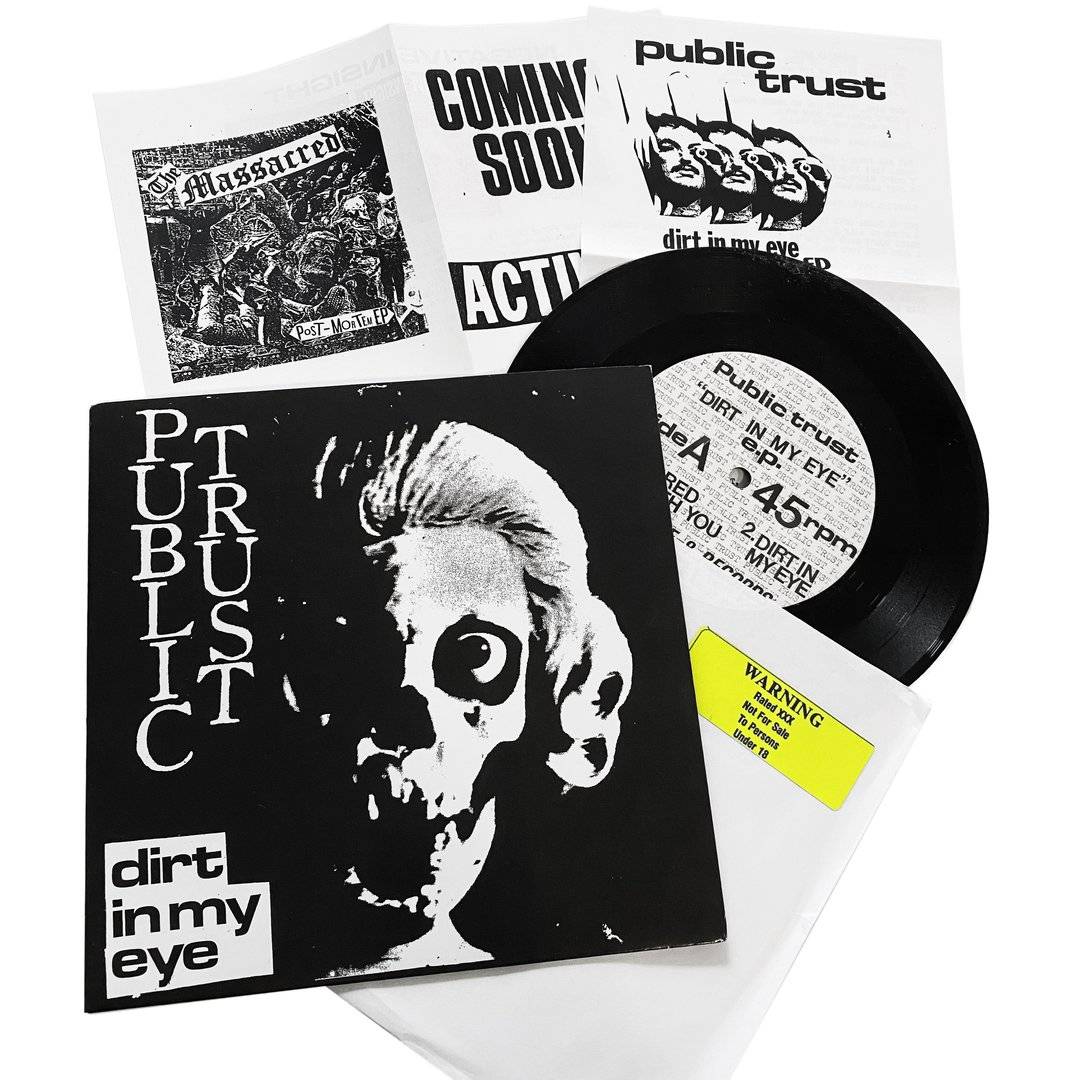 Public Trust: Dirt in My Eye 7” (Active-8) The first release on the new label Active-8 is also the debut vinyl from this Boston-area project. According to the label’s description, Public Trust is the same personnel as the original Boston Strangler lineup. The style here, though, is very different. Before I’d given it a listen, one of the other folks at SSR said it sounded like the Boston Strangler doing early GG Allin rather than the SSD / X-Claim! worship of the early Strangler stuff. On the first few listens I was straining to hear that comparison, but when I looked at the back cover, whose typography and layout draw on the Misfits’ Horror Business EP, it clicked for me. The song “Dirty in My Eye” was playing when I made the Misfits connection, and suddenly that song reminded me so much of “Hybrid Moments” and “Some Kind of Hate.” The lyrics also dabble in the Misfits’ style of B-Movie silliness. I wouldn’t call Public Trust a Misfits rip-off, though… they get harder and faster on “Cannibal Love,” though lyrically that’s the record’s silliest track. Maybe this is just pulling my punk nerd strings, but Public Trust captures some of the magic of the records they take inspiration from. The packaging is also awesome, with a top-notch layout, multiple inserts (all of them similarly well designed), and classy little touches like the tabs being glued on the outside and the notched opening edge just like the early Clay singles. Oh, and it looks like only one track is streaming, but trust me… if you want this, you want the physical format.