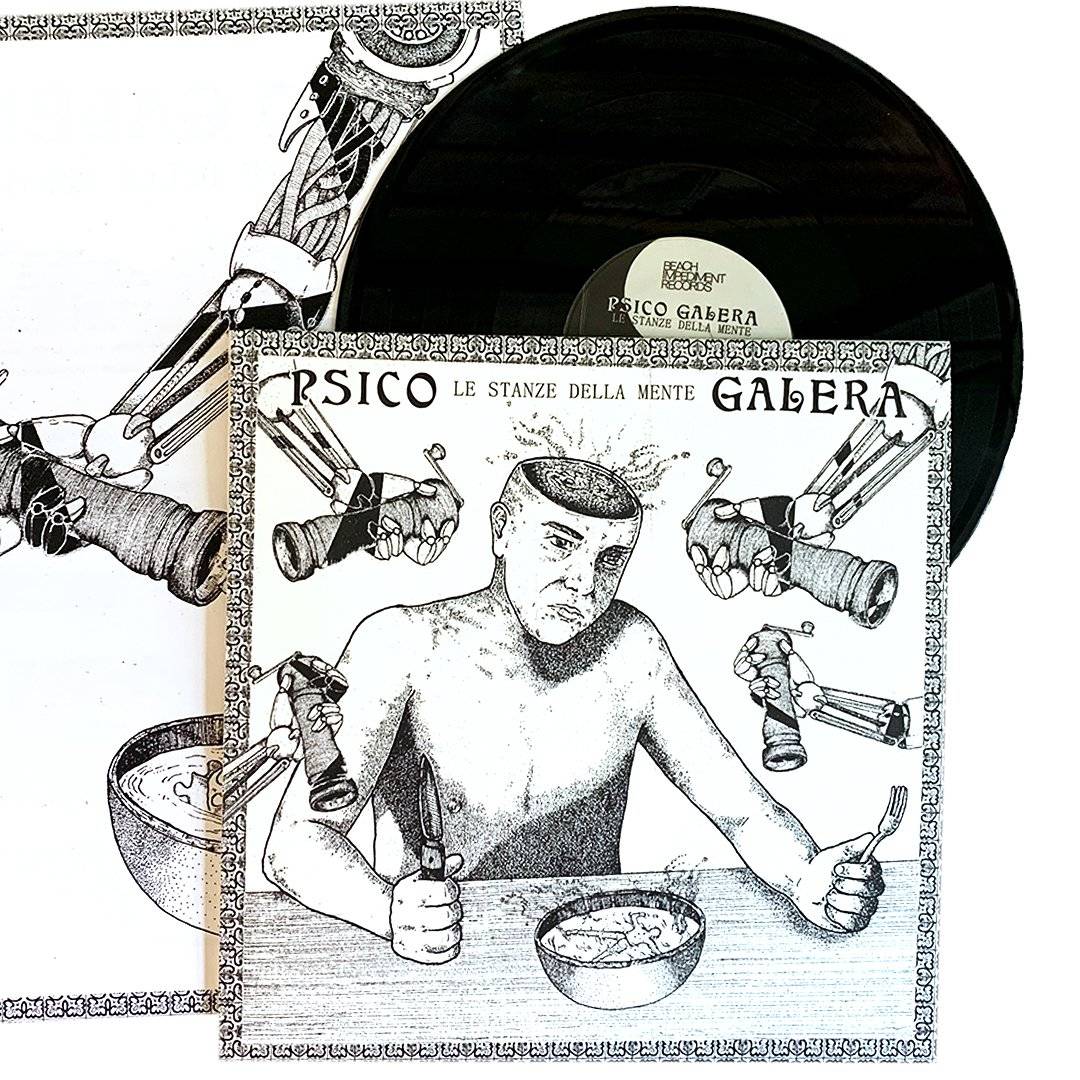 Psico Galera: Le Stanze Della Mente 12” (Beach Impediment) We last heard from Psico Galera back in 2017 when they released the  Senza Via Di Fuga 7” on La Vida Es Un Mus. That record was cool (check my description from back then if you need a refresher), but this new one is something else, a knock-you-on-the-floor monster of a hardcore record that doesn’t sound like anything else in your collection. Yeah, there are reference points; the ones I hear most clearly are that style of “spooky” hardcore that came out of Italy in the mid-80s on records like Cheetah Chrome Motherfuckers’ Furious Party, Wretched’s  La Tua Morte Non Aspetta, and Indigesti’s  Osservati Dall’Inganno. However, Psico Galera is not a worship band, taking that sound and turning the “weird” knob until it maxes out and then breaks the fuck off. They do this mostly with heavy use of effects on the guitars and vocals, so heavy that the effects often overwhelm the hardcore elements, spilling into the kinds of screeching and crackling I associate with power electronics and harsh industrial music. Combining those two things isn’t entirely new (see New York’s Uniform among many, many others), but the way it comes together here feels distinctive, natural, and uncontrived. And it works even better because there are great hardcore songs at the center of these tracks that would still make for a fantastic LP even if the production was more straightforward. However, Psico Galera wasn’t willing to let us off that easy, warping and obliterating these songs until they sound like a Borg colony that’s experiencing network errors and is about to collapse. It’s fucking wild and exhilarating, and I cannot stop listening to it.