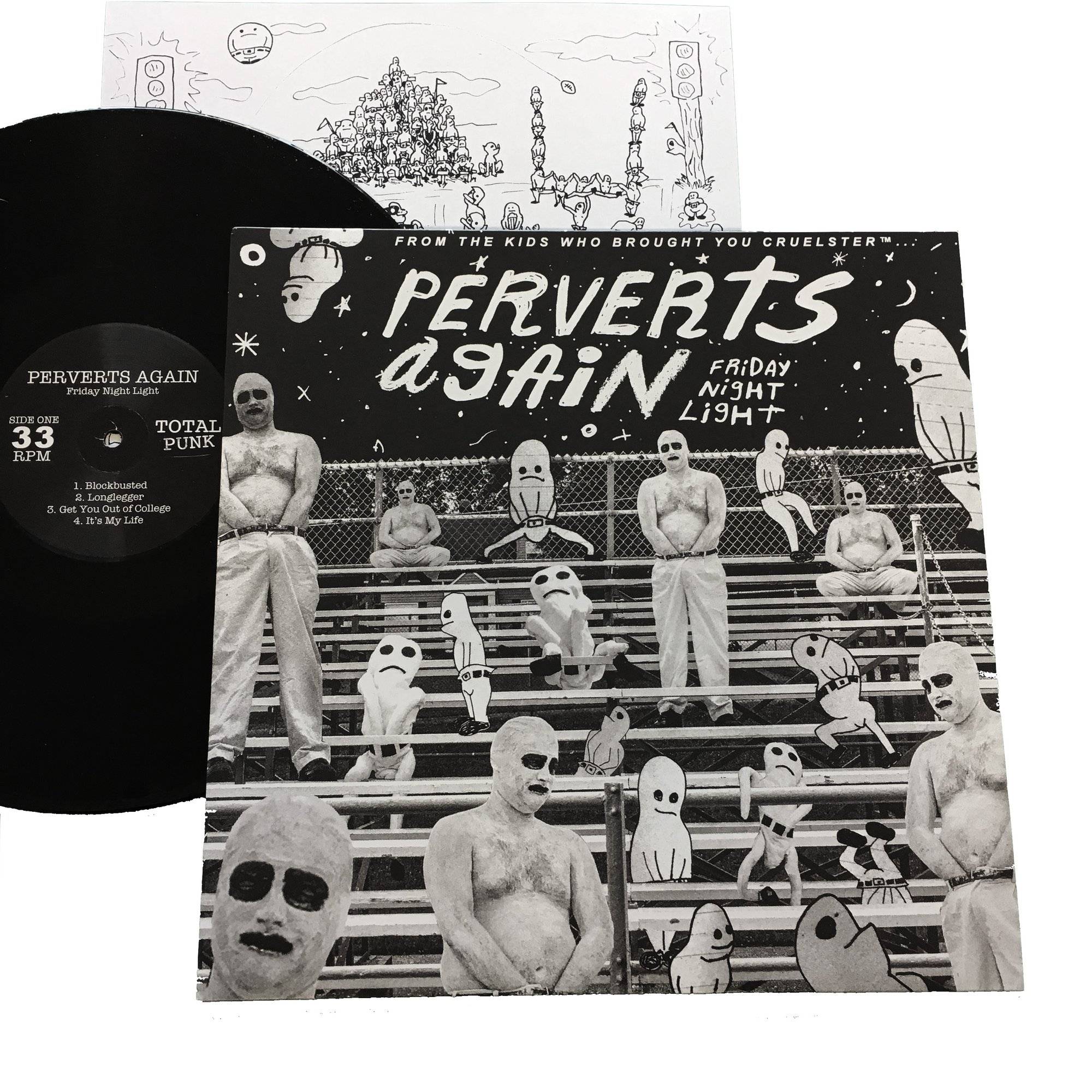 Perverts Again: Friday Night Light 12” (Total Punk) Latest release from this incredibly unique punk band out of Cleveland. Perverts Again are, without a doubt, one of the most singular bands I’ve ever heard, and while Friday Night Light isn’t a huge departure from their earlier releases it does continue to develop the band’s trademark sound and aesthetic. If you haven’t heard them, I really don’t know how to describe Perverts Again… they’re definitely punk, but they’re not retro and don’t seem to reference any established styles or motifs. In fact, I’d be hard-pressed to identify any direct influences on the band… there’s a little bit of the quirkiness of early Devo, but that’s about all I can come up with. You simply have to hear Perverts Again to get a sense of where they’re coming from musically. Lyrically, a Devo comparison probably isn’t out of order, either, as Perverts Again have a similar way of taking slice-of-life scenes from everyday American life and amplifying the surreal and sinister qualities of them. It’s also not dissimilar to what Mark E. Smith’s lyrics tend (or, rather, tended… :( ) to do in the Fall, so if you like that sensibility you will absolutely love this. Like the Fall, Perverts Again also demonstrate an ability to make a cover tune their own, turning Billy Joel’s “It’s My Life” inside out and incorporating it seamlessly into the remarkably well-developed Perverts Again worldview. For a band who seems, on the surface at least, to revel in dumbness (their mascot is a featureless figure with his hands down his pants), there’s a ton to chew on here. Not only are there a ton of lyrics to digest, but there’s even a novelization of the album available separately. There are bands who make songs and records, and there are bands like the Misfits and Devo who build universes.Perverts Again are solidly in the latter category.