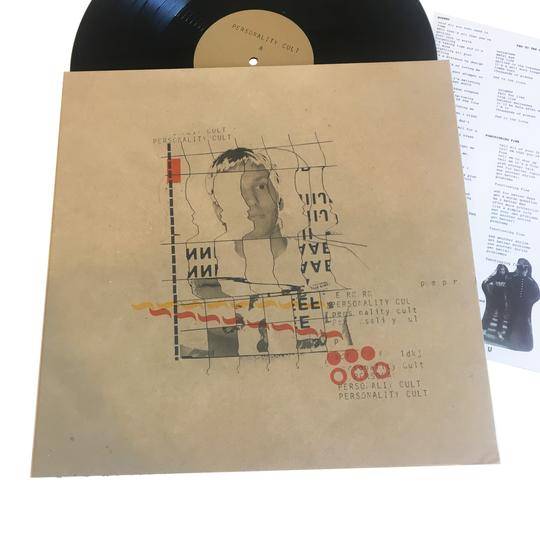 Personality Cult: S/T 12” (Drunken Sailor) Debut recording from this solo project from Ben of Natural Causes. Obviously I like Natural Causes a lot since I put out their LP on Sorry State, but I didn’t expect that this Personality Cult LP would become one of my favorite records of 2018. Honestly, if I didn’t know about the Natural Causes connection, I’m not sure I would have noticed because this is so different. You can hear similar influences in the mix like Wire and Gary Numan / Tubeway Army, but they’re referenced differently as this is, unapologetically, a punk rock record. The sound is angular, but the drums rely on straightforward and fast rock beats and the overall emphasis is on melody rather than rhythm. Those melodies are great, too. If you’re not humming “Burned,” “Fed to the Lions,” or “Heart Attack” then you probably don’t have a beat-to-shit copy of Singles Going Steady in your collection. And speaking of influences and comparisons, another thing I like about this LP is that it doesn’t feel weighed down by those influences. I hear little things here and there that remind me of other records I love—“Brazen” uses chords similar to “Harmony in My Head” and “Functioning Fine” could slide right into the Tubeway Army album—but it reminds me of those things because it is like them, not because the artist wants to sound like them. (If that makes any sense at all.) It sounds contemporary, and I’ve been playing it so much that it will forever remind me of the summer and fall of 2018. That’s what great music does, right? It becomes the soundtrack to significant moments in your life. I hear so much music these days that it’s tough for something to get that much play, but this record is so good I never want it to end. So, I just play it again. And again. And again.