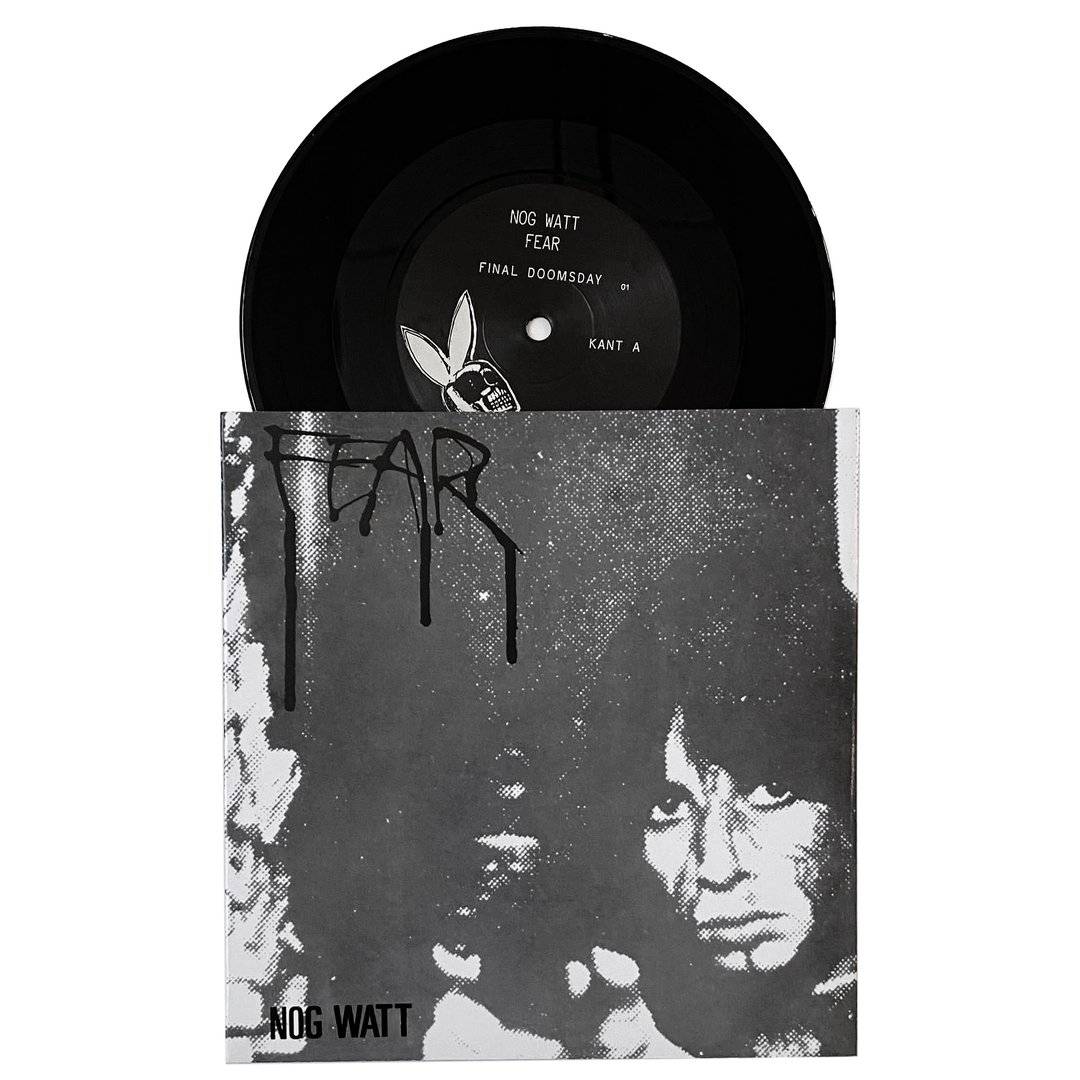 Nog Watt: Fear 7” (Final Doomsday Records) Fear, the 1985 7” by the Dutch band Nog Watt, is one of the greatest hardcore records of all time. Some records land on that list because of straightforward brutality (S.O.A., Negative Approach), some because of their nimble speed (D.R.I., Koro, Deep Wound), and some because of their unique vibe (Die Kreuzen, Wretched, Cheetah Chrome Motherfuckers), and while Nog Watt has all of those characteristics to one degree or another, their claim to fame is the density and sophistication of their music. Their songs are lightning fast but densely woven with intertwining melodies and rhythms. The band has outstanding players on every single instrument. The bass, drums, guitar, or vocals might take center stage and as soon as it seems like they’re stealing the show another instrument comes in to do something even cooler. Fear reminds me of Dead Kennedys’ Plastic Surgery Disasters in that the songs have an over-arching pop structure that makes them instantly memorable, yet when you listen for the details you realize how intricate the songs are and how the performances have an almost superhuman combination of power and delicacy. Every song on Fear is great, but the “hits” like “Going On” and “Big Warning, Big Mistake” (your “hits” for this record may be different) are among the most perfect pieces of punk rock ever recorded by anyone, anywhere. Maybe this isn’t a record you need to buy before you get Black Flag, the Misfits, the Circle Jerks, or the DK’s, but if you are into hardcore punk beyond that level—if you’ve enjoyed compilations like P.E.A.C.E. or Welcome to 1984—this is a record that should, without question, be in your collection. I also want to point out what an incredible job Final Doomsday did with this reissue. When I compare this version with my original copy (subtle flex), it is almost eerie how alike they look. It is difficult to recreate the look and feel of records that were made in the 80s, but Final Doomsday knocked it out of the park. The audio, aside from the reissue being a hair quieter than the original, is similarly indistinguishable. To further whet your appetite, I’ll note the pressing sold out from the label instantly and Sorry State’s stockpile is dwindling rapidly. I hope there’s a repress because I want this on the shelves at the store forever, but given the current supply issues in the record pressing world, I encourage you to jump on this immediately if my sales pitch has won you over.