Record of the Week: No Puberty compilation LP 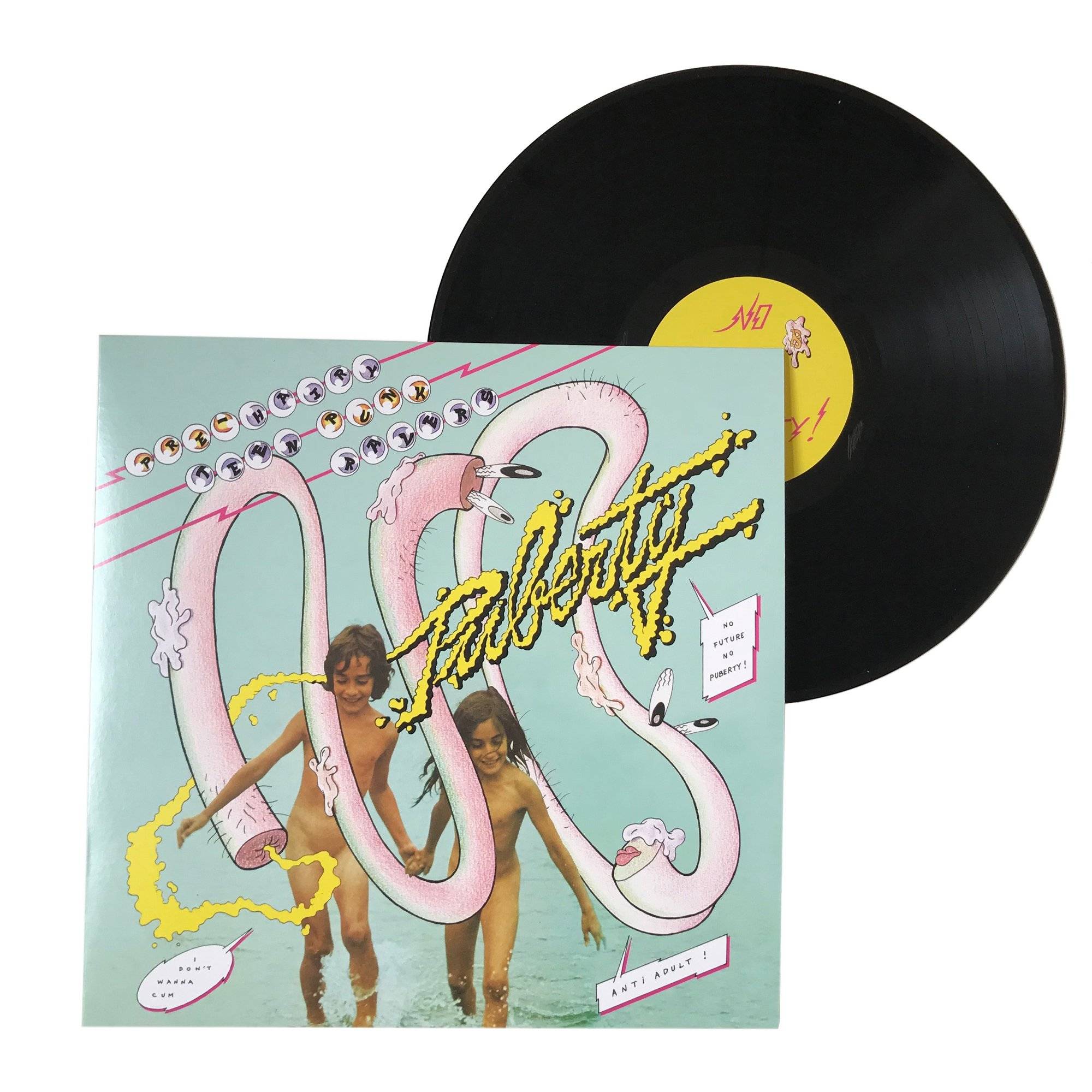 Various: No Puberty 12” (Rush One) Unofficial compilation of late 70s and early 80s punk tracks, all of which are by bands with teenage members, and with most of the bands featuring pre-teens, the youngest being a mere 8 years old. This reminds me quite a lot of the outstanding Who’s a Punk compilation from a few years ago. Like that compilation, this has a very clear theme (Who’s a Punk was “fake punk” BTW), a top-notch selection of tracks with a few bands you might already know (Mad Society, Hitler SS, Sheer Smegma, Unit:3 with Venus) and a whole lot that you almost certainly don’t, cool artwork, and absolutely no filler. My only complaint is that while both comps have top-notch artwork, neither has anything in the way of liner notes or contextual information. That’s particularly frustrating because the theme is so strong… clearly they put so much work into researching teen/pre-teen punk and putting together such a great track listing, so I’d really love to read a little about how the idea came together and what information might be out there about each band, even if it were brief and aloof in the manner of the liner notes for the Killed by Death and Bloodstians comps. At the end of the day, though, that is an extremely minor quibble, because No Puberty is a record that will live close to your turntable for a very long time and will be a surefire hit when you throw it on at your next punk house party… that is, unless the sound of an 8-year old girl singing “beer isn’t good for you” bums everyone out.