Record of the Week: No Negative: The Last Offices LP 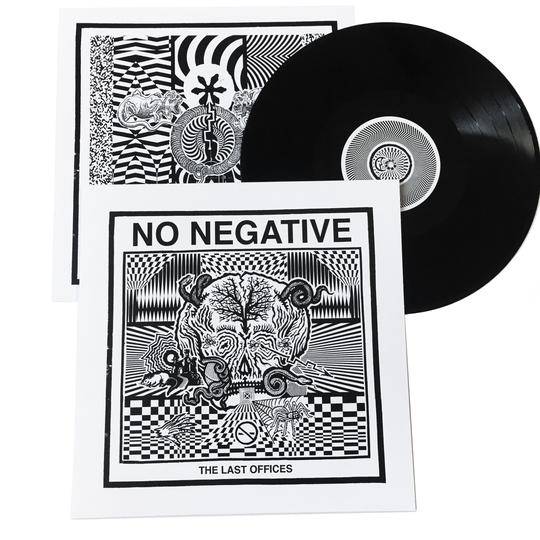 No Negative: The Last Offices 12” (Drunken Sailor) Second album from this Canadian band and man it’s killer! While we’ve carried records from No Negative before, none of them made a lasting impression on me, but The Last Offices knocked me out immediately. Well, not immediately, because the first track, “Message from the Archfiend,” is a weird start to the record. With tremolo-picked guitars and a gloomy atmosphere, it’s pretty much a black metal song, though no one would describe No Negative as black metal. Maybe it’s just a palette cleanser to clear away any expectations, because from there on this record is a real genre-bender. Bringing together elements of hardcore, noise rock, 60s psychedelia, post-punk, and Krautrock, The Last Offices doesn’t feel as if it belongs to any genre. The closest comparison would be Butthole Surfers, another band obsessed with going in a lot of different directions, but no matter which one they happen to be heading toward, they go deeper and further than anyone else. Standout moments include the warped lead guitars in “Lawfucker,” the gripping spoken vocals in “Transmission from the Black Hole,” and the stuttering rhythm of “Hindrance of Grace.” Recommended if you like your punk rock dense, weird, and drugged out.