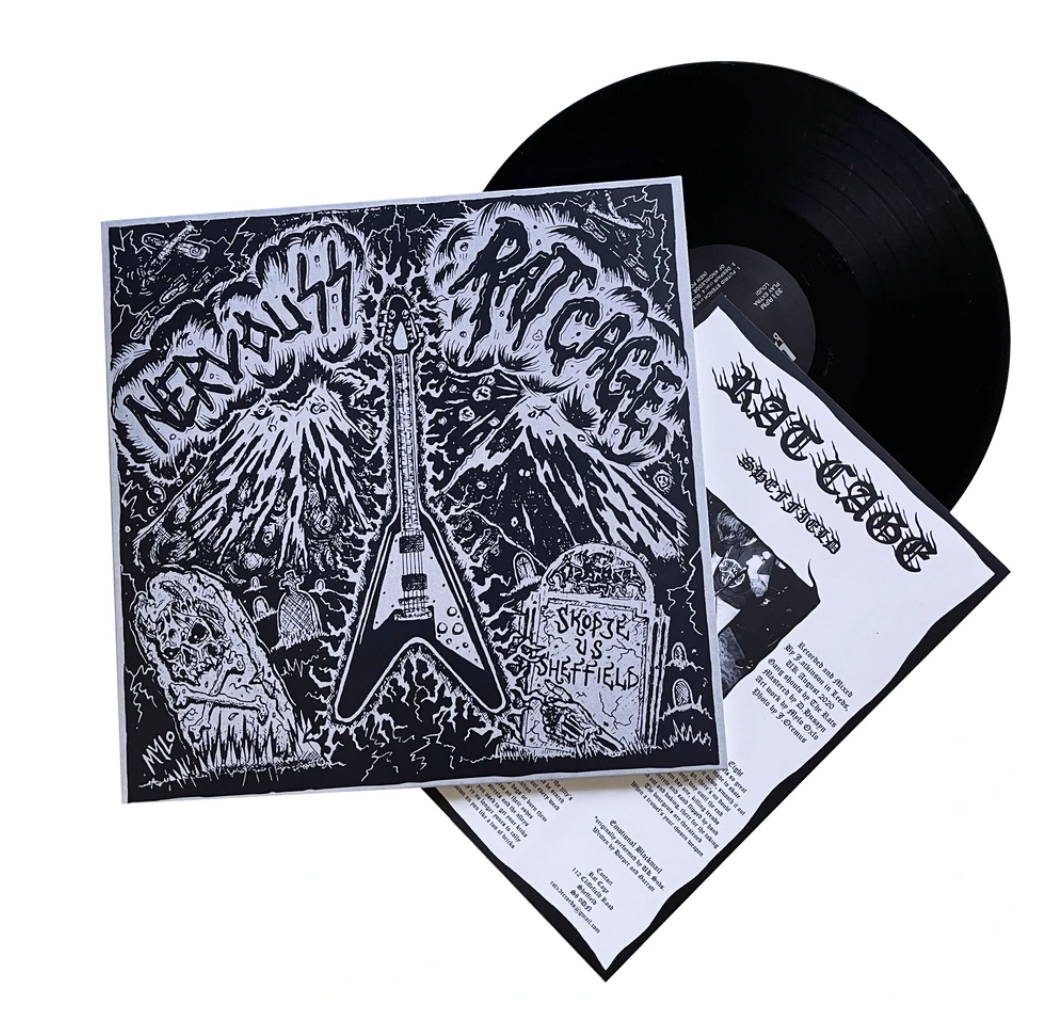 Nervous SS / Rat Cage: Skopje vs Sheffield 12” (La Vida Es Un Mus) People have a prejudice against split records, and with good reason. They can be repositories for throwaway material, they can lead listeners into an unfavorable comparison between the two sides of the record in which no one wins, and with multiple bands collaborating they are often conceptually muddled. However, Skopje vs Sheffield has none of those problems. It is a perfect hardcore record that just happens also to be a split record. It’s telling that every single time I’ve played this record (which is a lot), I’ve listened to it all the way through. I don’t think you’ll see anyone calling this a one-sided 12”. Nervous SS (from Skopje, Macedonia) and Rat Cage (from Sheffield, UK) are two perfectly matched bands, both playing Totalitär-influenced d-beat hardcore with elements that push at the edges of that sound. Perhaps it’s because they knew people would compare them, but both bands are 100% relentless on Skopje vs Sheffield. This is full-on, pedal-to-the-metal hardcore that doesn’t give you one second to breathe. Listening to Skopje vs Sheffield reminds me of examining a Nick Blinko drawing in that, from a distance, it can seem monochromatic, but when you zoom in, each hatch mark (or, on the record, each riff) is its own magical little world, and these magical little worlds are woven seamlessly into a complex tapestry. Although each band contributes a side, Skopje vs Sheffield even has an arc like a great full-length, with a clear climax (Rat Cage’s track “Persecution”) and ending with an awesome comedown (the long, melodic guitar solo that closes Rat Cage’s UK Subs cover). Like the Impalers’  Psychedelic Snutskallar LP, this feels like an unequivocal high-water mark for current hardcore punk.