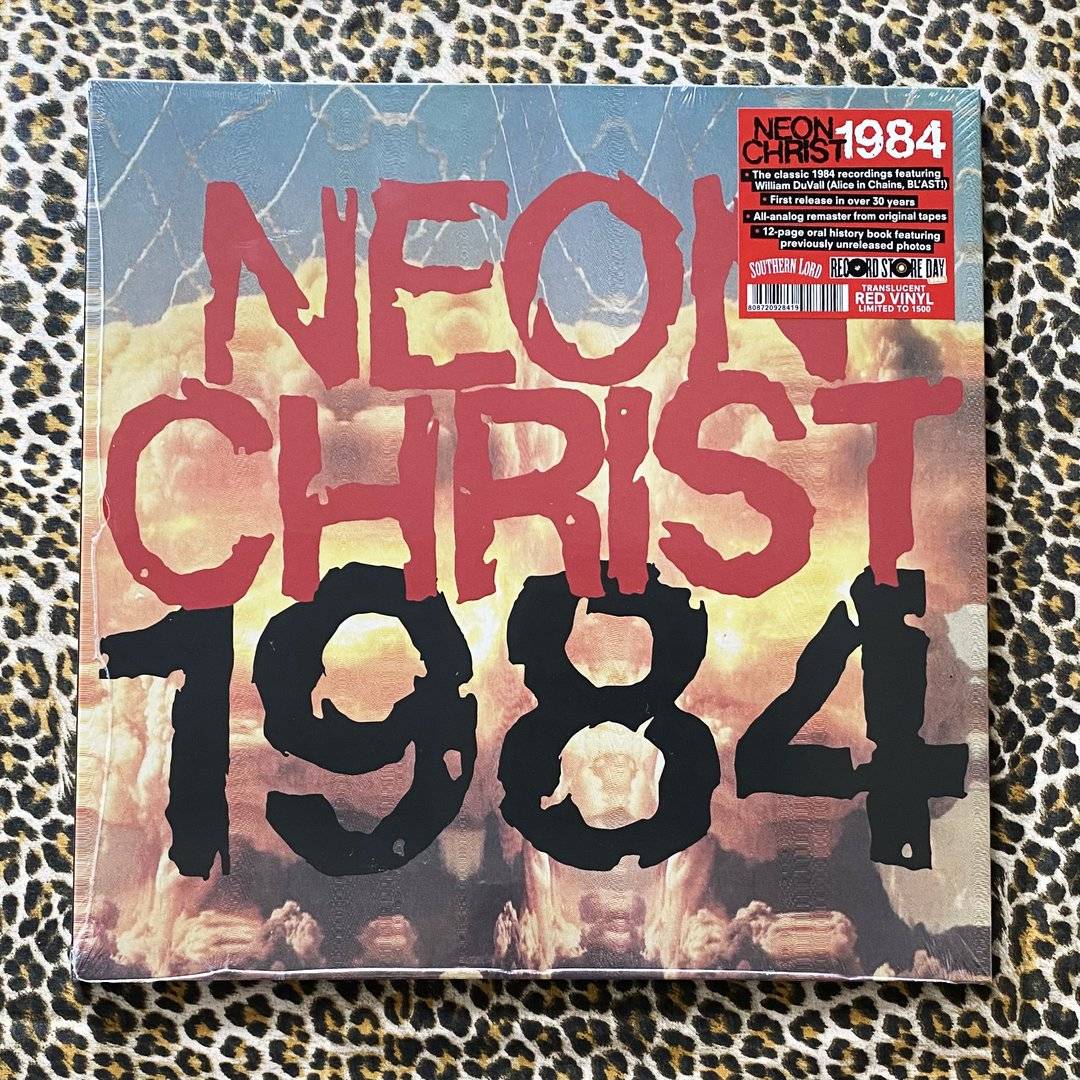 Neon Christ: 1984 12” (Southern Lord Records) I think this marks the first time Sorry State has chosen a Record Store Day exclusive release as our Record of the Week, but 1. I love this record and 2. as of right now we still have some stock, so it’s not like you have to stand in line for hours to lay your hands on this record. 1984 compiles two recording sessions by 80s Atlanta hardcore band Neon Christ. The driving force behind Neon Christ was guitarist William Duvall who, after Neon Christ’s demise, moved out to California to play second guitar in Bl’ast! and (after a bunch of stuff in between I’m sure, including a short-lived band with Mike Dean of C.O.C.) ended up as the singer in Alice In Chains, which is still his job today. Those connections are kind of wild, but I would love Neon Christ just as much if the members’ current resumes included little more than sitting on a couch and reminiscing about the good old days. Neon Christ’s Parental Suppression EP is a great slice of under the radar USHC with a unique sound. One thing I love about Neon Christ is that they had several different tricks up their sleeve. They were one of the fastest thrash bands around, rivaling bands like the Neos, DRI, and Deep Wound. However, they also made frequent forays into song-oriented punk. “The Draft Song” and “Neon Christ” have more in common with anthemic west coast punk bands like the Adolescents, and not only do these songs provide a welcome reprieve from the thrashing but also they’re great examples of the style. 1984 contains Neon Christ’s 1984 EP Parental Suppression on side A, while the b-side collects the songs the band recorded at a second session six months later. The latter tracks came out previously on a (semi-official?) double 7”. Being only six months later these tracks aren’t too different from the ones on the 7”, but “The Knife that Cuts So Deep” leans even harder into the pop thing than the songs on the 7”, with a kind of Homestead Records-type, “post-hardcore band trying to write songs that are a little more palatable” vibe. It was too much for me in my younger days, but I really like it now. That second recording isn’t as strong as the EP, with a muddier mix and some reverb obscuring the band’s power, but the songs are still killer. As for the packaging, while the cover art sticks out like a sore thumb, the rest of it is excellent. The LP-sized booklet full of photos, flyers, and a detailed oral history of the band is essential, and the sound is fantastic. According to the jacket, the release went through an all-analog process from the original tapes, and I can confirm it sounds great. Hopefully this is one of those Record Store Day releases that gets wider circulation, because this is an essential piece of American hardcore punk history that anyone with an interest in that style and era should get their hands on.