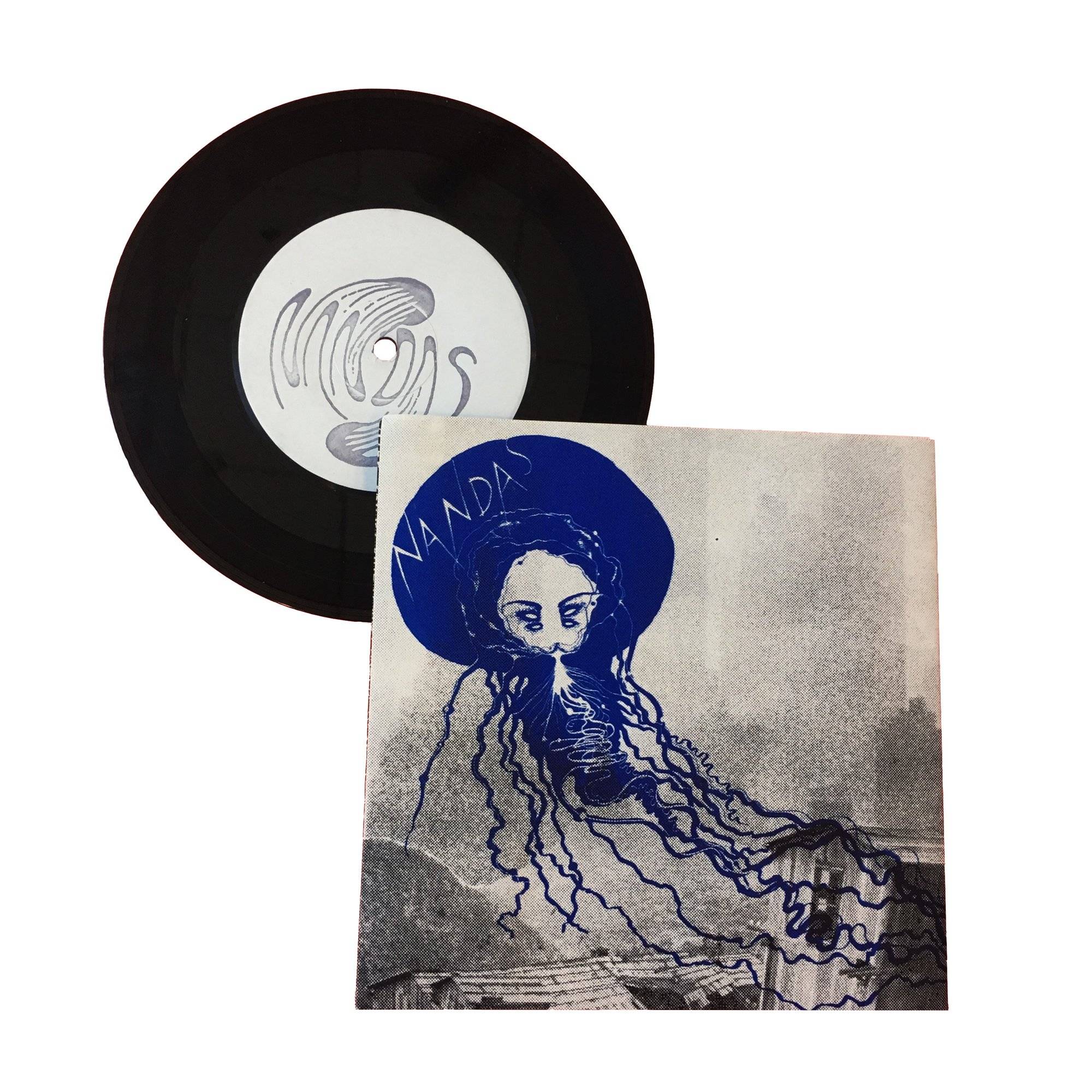 Nandas: EP II 7” (Toxic State) Second EP from these New Yorkers and it’s a notable upgrade from their first (which I already liked quite a bit). While Nandas don’t seem to get quite as much attention as some of the better-known Toxic State bands like Hank Wood & the Hammerheads or Crazy Spirit, in many ways they’re a quintessential New York band of this era. Not only do they sound a bit like Crazy Spirit and Dawn of Humans in places (particularly in their loose and jittery drumbeats and the way that the distorted bass dominates the mix), but also they have the art school vibe that I love about so much punk from this scene. It seems like there’s a real ethos of originality and self-expression in New York that makes a lot of the bands from there really special. In many other scenes copycats and also-rans seem to dominate the conversation, but (at least from the outside) it seems like there’s a heavy emphasis placed on finding and articulating your own unique artistic voice in this crew of people. And indeed, the more distinctive and original elements of Nandas’ sound that we heard and saw on their first EP are further explored and amplified here. Perhaps the most distinct are the whispered vocals, which sound like an evil witch whispering an occult secret into your ear, the sibilance that regularly overwhelms the sound only adding to the sense of mystery and tension. I should also mention that the artwork on this release is really stunning. The big 6-panel foldout and collage aesthetic makes me think of early 80s anarchopunk (and like a lot of those records, the lyrics are hand-lettered and beautifully incorporated into the layout), but the emerald blue screen print of a weird punk jellyfish creature pulls it into the now. It’s hard to imagine Nandas becoming a hype band because they’re so quirky and complex, but if one of the things you really value in punk is self-expression and getting to see how the world looks through someone else’s eyes I recommend checking this out. Nandas’ world is well-articulated here and it’s a world that’s worth exploring.