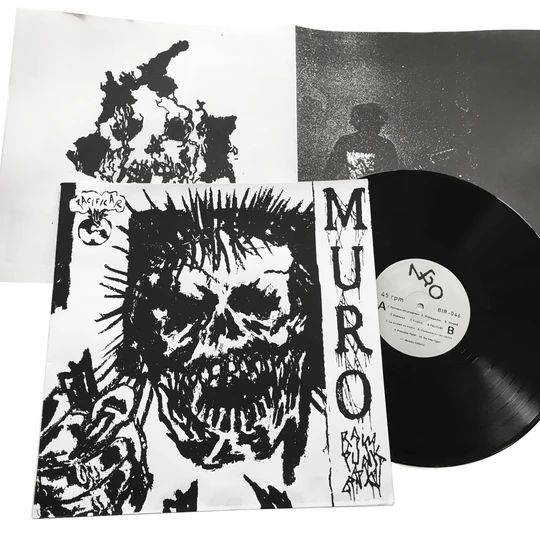 Muro: Pacificar 12” (Beach Impediment) Pacificar is the much-anticipated second album from this punk phenomenon from Colombia. Muro hasn’t taken the punk scene by storm because their sound is radically new; instead, their strength is that they’re a talented band with command of a broad range of punk and hardcore styles who puts everything they have into their music. While Muro has plenty in common with the history of raw and passionate hardcore that South America has produced over the past four decades, their music is eclectic, with hints of oi! / street punk, dramatic Japanese hardcore, and ripping US hardcore that vary from track to track. Tracks like “Fatasia Del Progreso,” “No Hay Lugar,” and “Pacificar” have subtly melodic chord progressions that remind me of later Indigesti or early Funeral Oration, while the ripping main riff to “La Ciudad Es Hostil” makes perfect sense on the same label as Blood Pressure and Loose Nukes. Many tracks also have dramatic, crashing chord changes that send Muro’s already-high emotional register through the roof. It’s easy to understand why this music made the crowd explode at this year’s Static Shock Fest. With Pacificar building on the strengths of their debut, this record firmly establishes Muro as one this era’s defining bands.