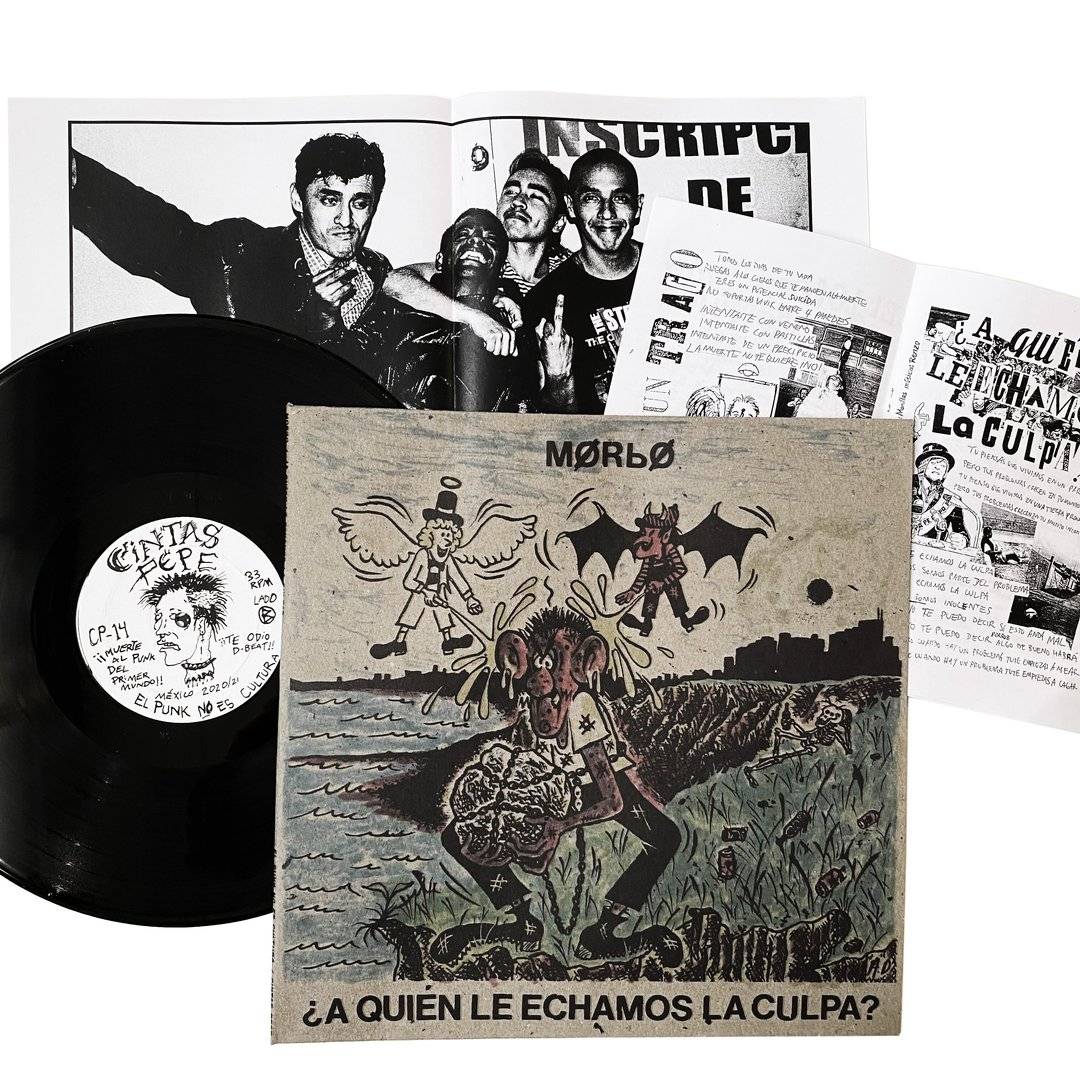 Morbo: ¿A Quién Le Echamos La Culpa? 12" (Cintas Pepe) Let’s get this out of the way up front: this record RULES. Not just “year end list” rules, but like “sound of the summer” rules. These records come around every once in a while—the Exploding Hearts LP; the No Hope for the Kids LP; Inepsy’s first two LPs; Criminal Damage’s first two albums—and the entire scene seems to latch onto them at once. ¿A Quién Le Echamos La Culpa? isn’t one of those records yet because it just came out, but it deserves to be. Peru’s Morbo has been a band for 20 years (!!!) and we’ve carried several of their records. I might have missed ¿A Quién Le Echamos La Culpa?, but Paco at La Vida Es Un Mus tipped me off that it was a special record, and boy was he right. ¿A Quién Le Echamos La Culpa? draws from a lot of different things—first and second-wave punk from all over the world, 60s garage rock (particularly Peru’s Los Saicos), and raw South American hardcore—and melds them into something I’ve never heard put together in this way. Some tracks are melodic punk songs with a lot of Sex Pistols in their DNA, while there are also garage rock rave-ups that wouldn’t be out of place on a Billy Childish album and tougher-sounding tracks that remind me of UK Subs-influenced bands like Toxic Reasons. Despite the variations in style, every song overflows with great riffs and catchy melodies. The recording is perfect too, with a lot of grit but not sounding self-consciously retro like some kind of audio version of an Instagram filter. Every track is a hit, but no two tracks are alike. It’s just a fucking great punk album and if you like punk you should get it.