Record of the Week: Misanthropic Minds- Welcome to the Homeland, Greetings from the Wasteland 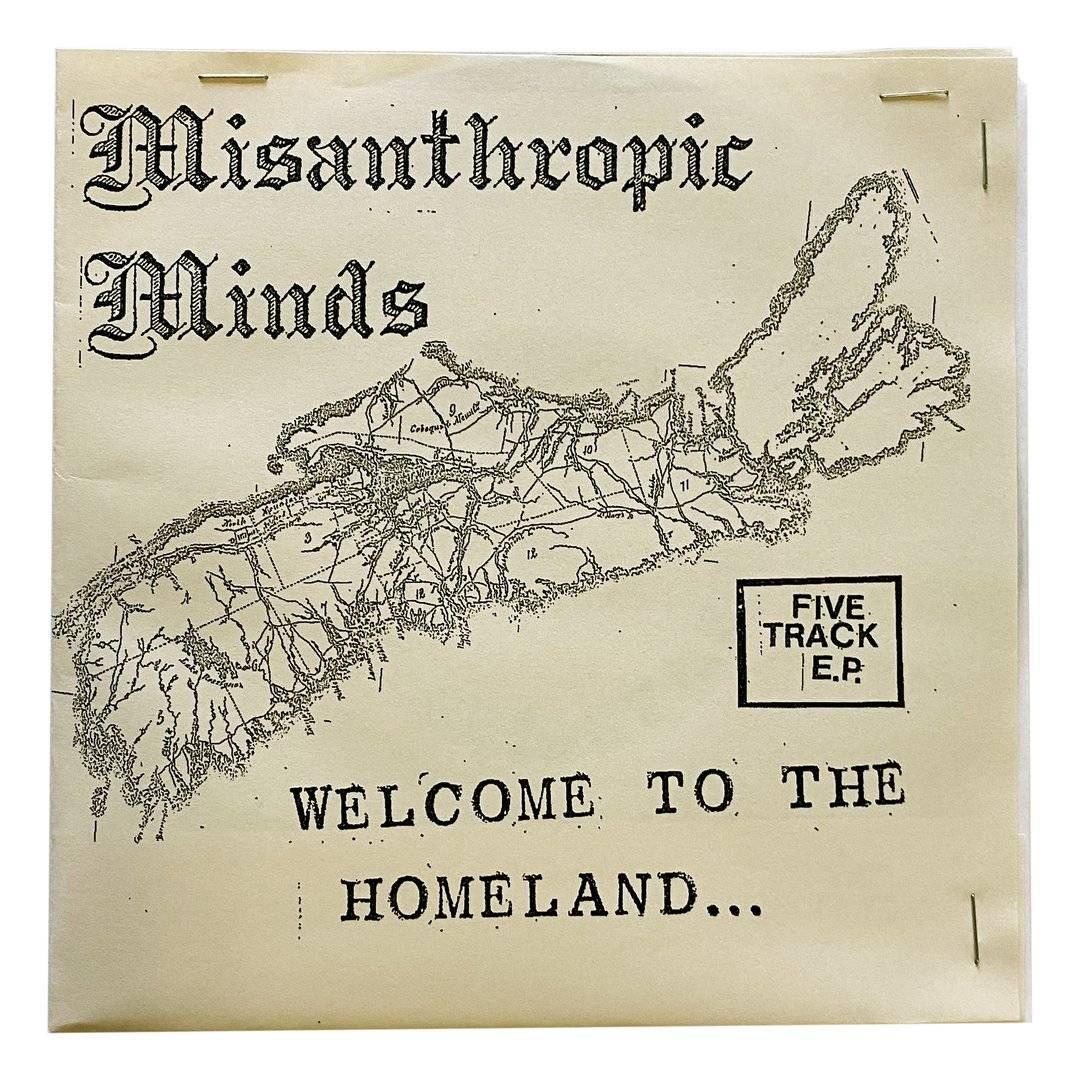 Misanthropic Minds: Welcome to the Homeland, Greetings from the Wasteland 7” (Sewercide Records) So, back in 2008, a tape came out by a project called Deaf Mutations, which was the brainchild of Dave Brown, whom I knew from his time playing drums in Career Suicide. That tape blew me away, and even though those three songs were the only thing the project released, the band stayed at the forefront of my memory because I returned to that tape, Crash the Clubs, so much, particularly after Static Shock Records pressed a 7” version in 2011. Dave and I remained in touch, and I’ve mentioned to him multiple times how much I love Deaf Mutations. Dave has played in a few bands since then (including a stint in the incredible Alienation), but I got excited when he told me earlier this year about his new project, Misanthropic Minds, which was essentially a reboot of Deaf Mutations. When I finally heard Welcome to the Homeland, Greetings from the Wasteland, it exceeded all expectations… this has snuck right in and become one of my favorite hardcore records of 2020. If you already know Deaf Mutations, you already have this in your cart. However, for everyone else, this is one of the wildest, most intense hardcore records you can find. While it never reaches Alienation’s breakneck speed, the influences come from the faster end of US hardcore, particularly records like the Koro EP, Poison Idea’s Pick Your King, and the Antidote 7”. Capturing the energy level of those records is no easy task (thousands of bands have tried and failed), but this record does it. That alone would be enough to make this a favorite, but when you add in Dave’s memorable vocals (which remind me of Tony Erba’s in Gordon Solie Motherfuckers) and the insane guitar leads (which come more from the Why? / Disclose school of chaotic, feedback-drenched expressionism), you have a modern classic on your hands. And I haven’t even mentioned the mid-paced track, which is as captivating as anything Warthog has done to date. I just can’t say enough good things about this record… it’s essential for anyone who loves fast, 80s-style hardcore. 10/10. Oh, and don’t forget to also grab the Seaside Sickness compilation, which has what might be Misanthropic Minds’ best song.