Record of the Week: Loose Nukes: Behind the Screen 7" + Staff Picks 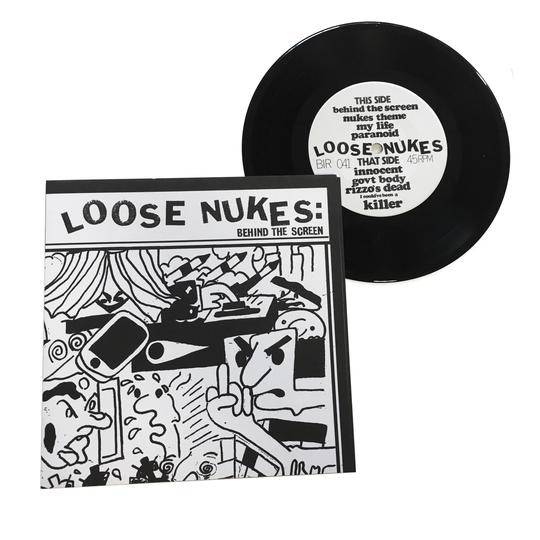 Loose Nukes: Behind the Screen 7” (Beach Impediment) First proper 7” (their first was their demo pressed to vinyl) from this much-hyped Pittsburgh band. With an ex- / current members of list that reads like a “best of the 2000s” article, it’s no surprise that Loose Nukes has gotten a lot of attention during their short tenure as a band. However, they more than deliver the goods, with their demo and this 7” quickly and firmly establishing them as one of the best hardcore bands in the world. Deep heads will recognize Eric’s distinct riffing style from his days playing guitar in Government Warning and Blood Pressure, and the songs on this 7” find the perfect balance between the catchiness of the former and the fury of the latter (GW fans will love “Innocent,” which sounds like it could have appeared on that band’s first EP). The rhythm section is rock-solid too; Vince (previously of Witch Hunt and Sickoids) is one of those drummers who will probably never be in a band I don’t like. His rhythms have a subtle swing to them that is, to me, what hardcore punk should sound like. And then there are the vocals courtesy of Jim from Dark Thoughts. While a lot of great hardcore vocalists lock onto the beat and use their voice as a rhythm instrument, Jim’s vocals are looser and wilder, frequently devolving into a pained scream that breaks out of the rhythmic lock-step like a lion escaping from a cage. Behind the Screen is an example of masters of their craft doing what they do best. For the foreseeable future, when I want to listen to a pure hardcore record this is what I'll reach for. 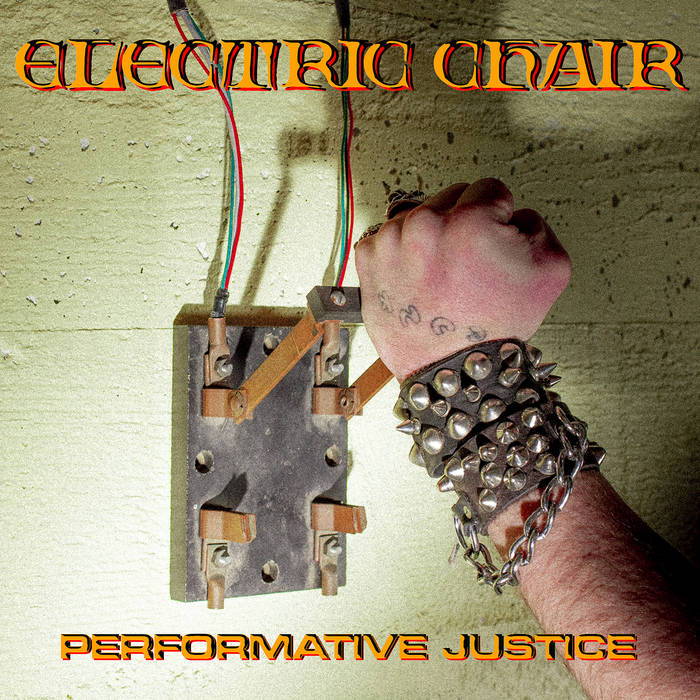 Electric Chair: Performative Justice 7” - Been jamming this non-stop. We don’t have copies at Sorry State yet, but we should have them soon. This is pretty much everything I wanna hear out of hardcore at this moment: fast, reckless, catchy, totally explosive, a bit dangerous, but also a bit silly.  I saw this band in Texas earlier this year and the singer was like witnessing a reincarnation of young Jerry A at his rudest.  Dig this hard. 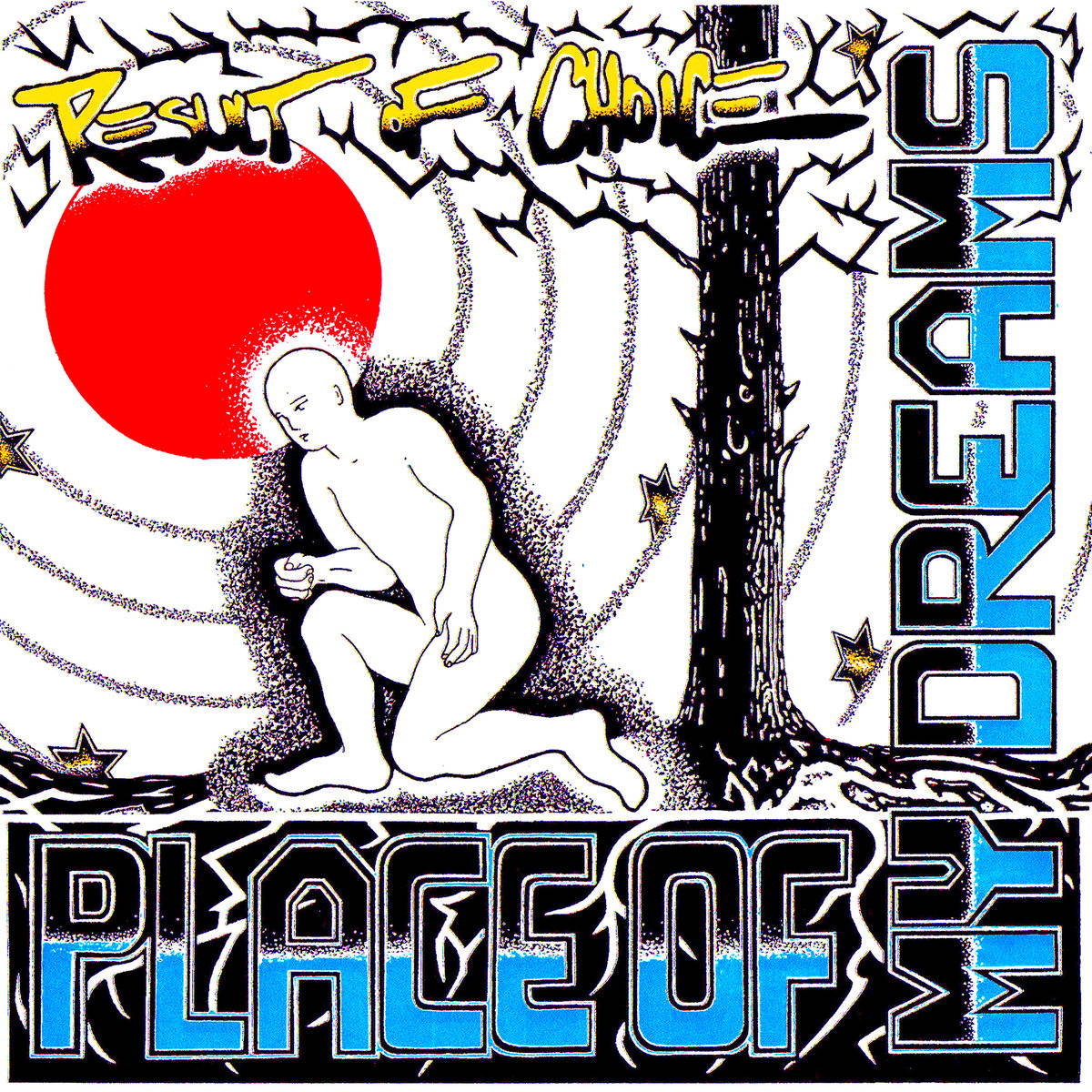 Electric Chair: Performative Justice 7" - I'm really excited about this one. The tracks just dropped online a couple days ago and I've been jamming a couple times a day since then. Perfect hardcore punk. The production even reminds of Pick Your King (as if the tunes didn't already). It doesn't feel forced, it feels super genuine. Real fuckin' punk. Can't wait to get my hands on a copy of this through Iron Lung!

Result Of Choice: Place Of My Dreams 7" - This type of youth crewy hardcore is 9 times out of 10 NOT my thing, in fact I actively avoid it. But dang I can't stop listening to this. I think the reason I like this band so much is because it doesn't feel like a modern hardcore band to me. It's fast, has great vocal phrasing and structure, and it has interesting chord progressions while also playing the just right chord change you want to hear.  I highly recommend, especially if you're someone who is not "capital H" hardcore inclined like myself. It fuckin' rules! 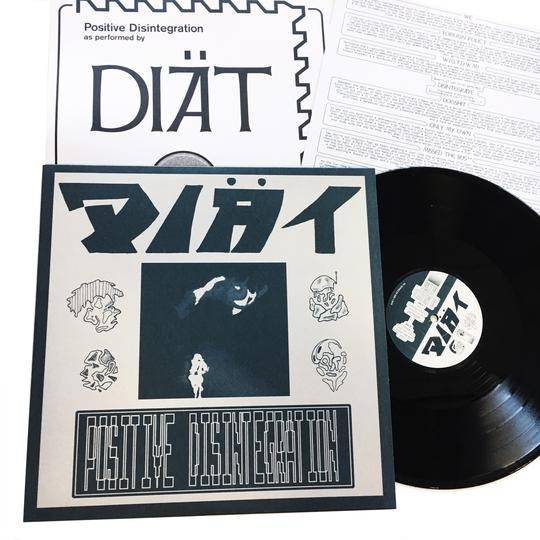 As a new member of the Sorry State team, I am still playing catch up with some great records that we have previously had in the store. If you missed this one earlier in the year, you can catch up with me as we have it back in stock. Sorry State actually had an exclusive on this record and had a limited run of Teal colored vinyl that sold out immediately. This is a black vinyl version but the music is still the same. You can go back into the archives and read Daniel’s review on the record but basically, he liked it and so do I and you will too. Briefly though, these guys are a media shy group that ply their trade in Berlin and may or may not be mostly Ozzies according to which bio you read. Regardless, the sound is definitely influenced by the bands that were around in the late 70’s and early 80’s in the UK. Think early Cure, The Chameleons, Joy Division and other obscure post-punk outfits and you are in the right ball park. Despite that sounding a little bleak there is an almost pop like quality to several tunes and dare I say it, a dancy vibe on one or two. Sure, they might be singing about heavier subject matters but the best music often mixes sweet and sour. Standout tracks for me were “We”, “Foreign Policy” and “Only My Own”, the latter being the “dance” track I mentioned. Don’t wait until we sell out again to get your copy and while you’re at it you might as well invest in the group’s debut, Positive Energy from 2015, which we also have back in stock. 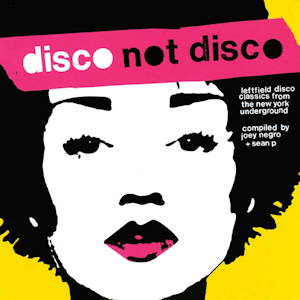 Originally compiled back in 2000 by Joey Negro and Sean P for Strut’s anniversary, we have a few copies available of the 2019 Repress done for Record Store Day. This is an essential collection of 12” mixes that perfectly captures the sound of underground New York in the late 70’s and early 80’s. Leftfield, “mutant” disco sounds that were championed at legendary clubs like The Loft and Paradise Garage. Back then both punk and disco had reached mainstream like levels and were a little burnt out. More progressive DJ’s needed something else to fuel the dance floors and were seeking out these types of gems to keep things going. The collection pulls from known artists such as Yoko Ono and Ian Dury and adds releases from local smaller labels and more avant-garde performers such as Arthur Russell. It’s a perfect example of the melting pot that was and is New York City. This version has been mastered extra loud for dance floors (or your lounge) and comes with nice liner notes from Kris Needs and will save you the time and dough looking for the originals. Highly recommended.

Sorry, no stream available for this one!