Record of the Week: Lithics: Tower of Age LP 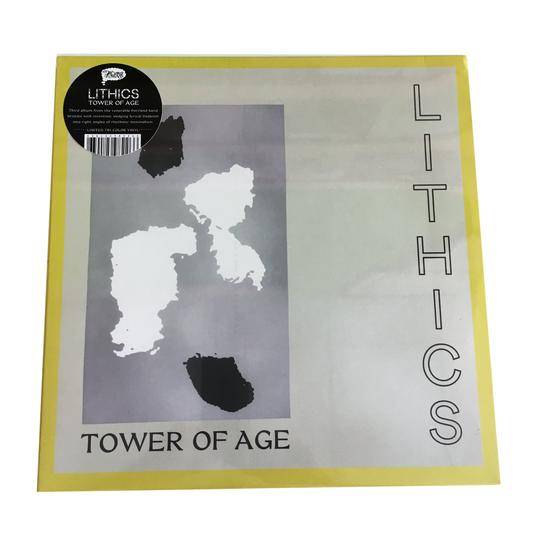 Lithics: Tower of Age 12” (Trouble in Mind) I’ve been a fan of Portland’s Lithics ever since their single, “Photograph, You of,” bowled me over back in 2018. From there, I went back to investigate the band’s two previous LPs—both of which were really good—and also checked out their Wendy Kraemer EP, which compiled demo and practice recordings. At the risk of over-simplifying, I’d put Lithics tracks into three primary groups: there are the angular, jittery post-punk tracks where the intertwining guitar and bass lines are the star; the occasional moment of pop bliss like “Photograph, You of;” and more experimental moments like the stuff that formed the biggest part of the Wendy Kraemer EP. While first category remains Lithics’ bread and butter, Tower of Age becomes the go-to Lithics record by integrating their approaches into a vision that is ambitious and cohesive. “Hands” is the standout pop track and the LPs highlight, anchoring the album how Wire tracks like “Mannequin” or “Map Ref. 41ºN 93ºW” counterbalance the more experimental moments on their respective albums. At the other end of Tower of Age’s spectrum is “Snake Tattoo,” a short piece that sounds like an analog tape loop and is as evocative and puzzling as anything you’ll find in an art gallery. Much of the rest of the album is in Lithics’ angular, rhythmic wheelhouse, but they’re hardly beating a dead horse. In particular, I love how there’s variation in fidelity among the tracks. While some sound like polished studio recordings, others sound like they might be room recordings. Not only is the sound grainier on these tracks but also the band sounds tentative and delicate, like they’re building a house of cards, but with intertwining little riffs. There’s just so much on this album to notice, to enjoy, and to ponder. Few modern bands who play in this post-punk style can match the ambition of originators like Wire and This Heat, but Lithics do on Tower of Age.