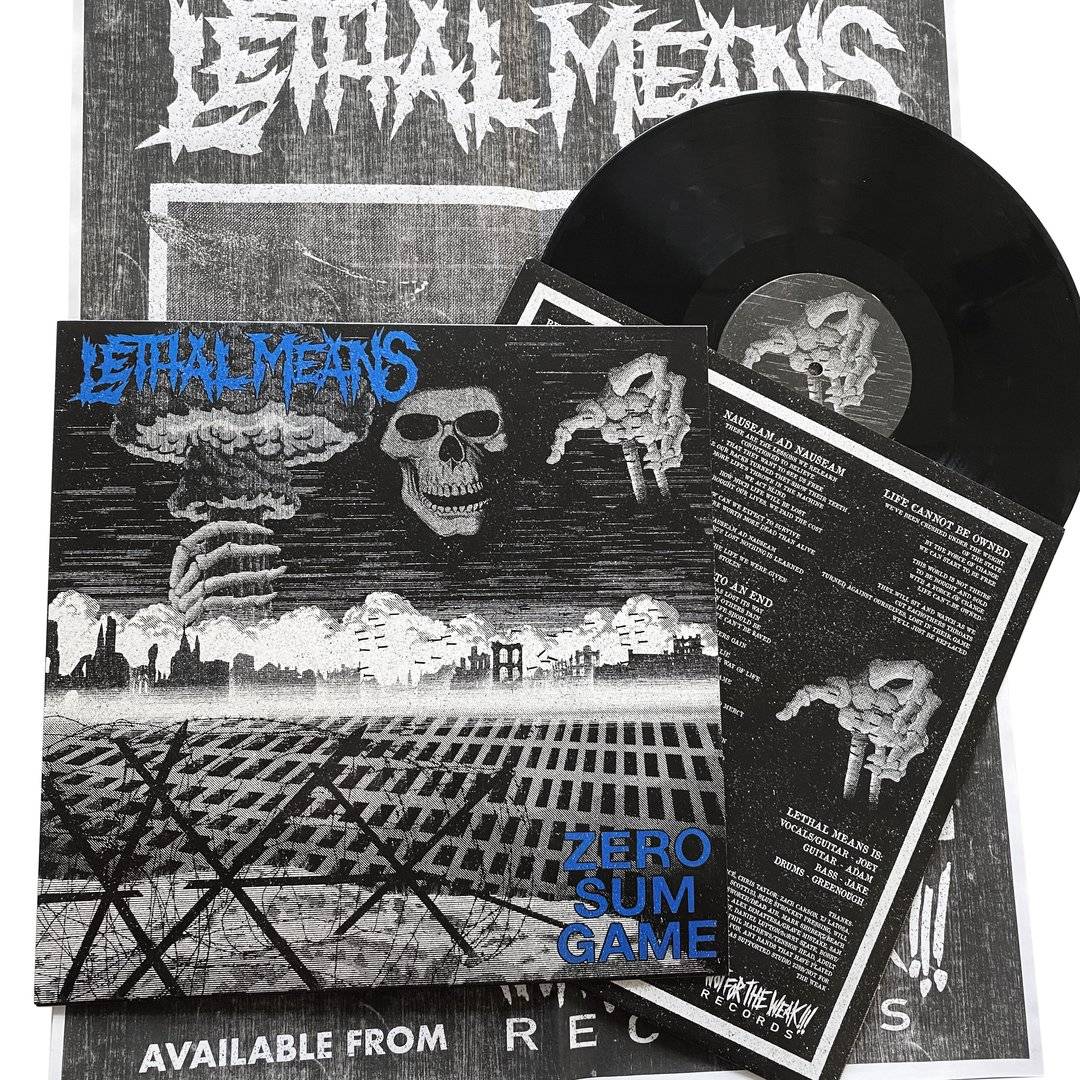 Lethal Means: Zero Sum Game 12” (Not for the Weak) Not for the Weak Records put out a 7” from Virginia Beach’s Lethal Means back in 2017, and now here’s the debut full-length. I’m not sure I listened to the 7”, and maybe if I had this LP might not have blindsided me so hard. To me, it sounds like Zero Sum Game splits the difference between the Cro-Mags’ Age of Quarrel and bruising d-beat in the later Anti-Cimex / Japanese hardcore mold. On paper, that sounds like something I wouldn’t like, but that’s because most bands who get compared to the Cro-Mags borrow that band’s mid-paced and mosh parts; Lethal Means, however, sound like the Cro-Mags to me because they have a similar galloping rhythm rooted in the early Bad Brains material. When you combine that with Japanese hardcore-style blistering solos (see the title track, “Means to an End,” or the Death Side-esque closer “Life Cannot Be Owned”) and the gritty production of Cimex-influenced crust, you have a record that is powerful, exciting, and original. The tougher vibes here might scare off some dyed in the wool crusties, but man… I think this record is a top-to-bottom ripper. If you enjoyed last year’s full-length from Richmond’s Destruct, Zero Sum Game is a must-listen.