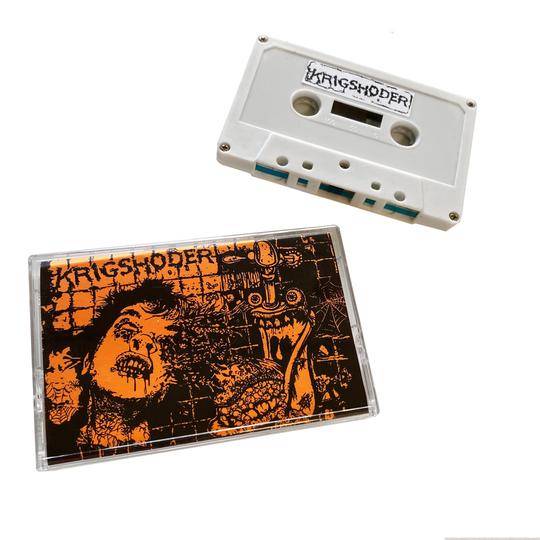 Krigshoder: Krig I Hodet cassette (Suck Blood) Krigshoder is a new band featuring Daniel from the Norwegian band Negativ on vocals (he also operates the label Byllepest Distro, which is worth keeping a close eye on) backed up by musicians from the Suck Blood label camp, on whom we’ve heaped tons of praise in recent memory. The internet went into a tizzy when this first hit Bandcamp, and while it took us a while to get the physical copies in (Jeff even chose it as his staff pick way back in August), its power has not abated with a few months’ passage. This is some of the most tightly wound hardcore punk I’ve heard in a while. There’s no point during this demo where Krigshoder settles into a groove; they’re constantly lunging forward then taking a fraction of a second to recoil before snapping right back at you. It’s intricate, powerful, ripping fast, and sounds unhinged while remaining memorably musical. I don’t know what else to say about this one… it’s some of the best hardcore I’ve heard in a while. It’s on the internet, so give it a listen and rage tf out.