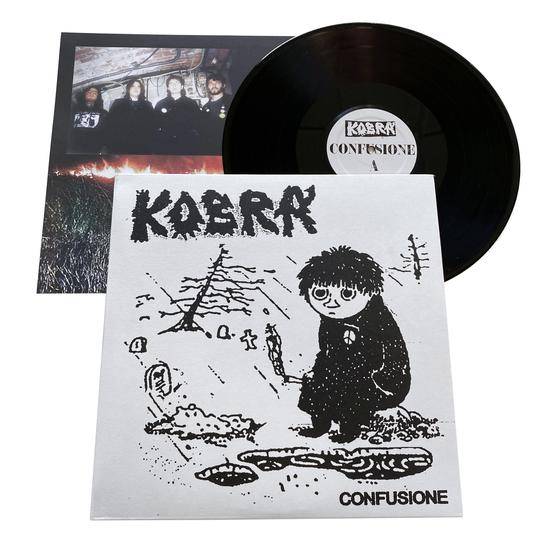 Kobra: Confusione 12” (Iron Lung Records) Iron Lung brings us another progressive hardcore gem from a band who wasn’t on my radar at all. Milan, Italy’s Kobra released a tape a few years but, according to Iron Lung’s description, their sound has changed since then. On Confusione, Kobra’s tempos are primarily mid-paced, reminding me of Una Best Incontrolable’s brooding approach, at least for the first few tracks. However, as the third song begins, a saxophone holds a long, plaintive note over a crunchy bass riff and the whole vibe of the record changes. While the saxophone doesn’t feature on every track, from here on Confusione feels like an artier affair, much like how Steve McKay walks in on side 2 of Fun House and takes the record up several notches. While there’s a good bit of no wave-ish wailing, the saxophone often locks in with the rest of the band rhythmically, punctuating the songs’ already strong grooves. Lest the word “groove” scare you away, I’ll also note the production here is raw, with a blown-out kick drum sound that’ll connect directly with your lizard brain if you listen on headphones. If you’re into a healthy chunk of the Iron Lung Records discography, Confusione would be the wrong place to jump off the bandwagon.