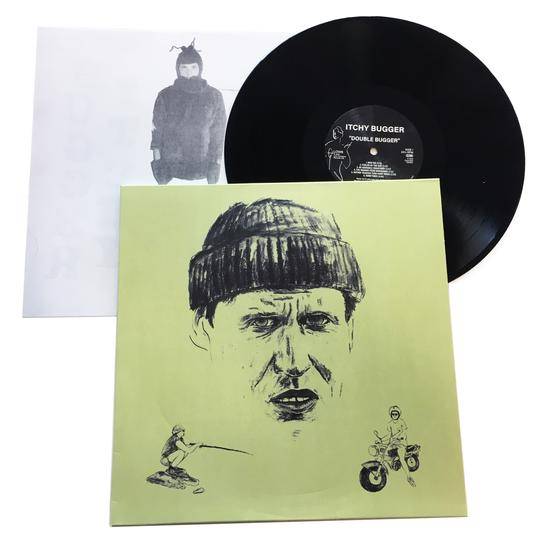 Itchy Bugger: Double Bugger 12” (Low Company) Second LP from this project helmed by Josh from Diät, Idiota Civilizzato, the Love Triangle, and a bunch of other bands. Itchy Bugger’s first LP flew under the radar—probably because the vinyl sold out immediately—but it was one of my most listened-to records of 2018. Josh comes from punk and hardcore so I doubt he'll go full indie rock in a way that alienates those of us who share his background, but Itchy Bugger explores a much broader range of sounds and emotions. That trend continues on Double Bugger. Since the first LP Josh has moved from Berlin back to his native Australia, and Double Bugger brims with the hazy sunshine I associate with that country and its recent musical output. That being said, the sonic framework comes from UKDIY in that it’s pop music, but with idiosyncratic ideas and primitive execution. In other words, it’s pop music that isn’t for the popular crowd… think the Cleaners from Venus or the Television Personalities’ The Painted Word album. In terms of songwriting, I think Double Bugger is a masterpiece. There are silly moments like “The Wanker from Mataranka,” heartbreaking ones like “Have You Seen John?,” and upbeat ones like “Nothin Tougher Than Hard Yakka,” but there isn’t anything I would call less than brilliant. If you’re a fan of ambitious pop music with DIY aesthetics, you’ll love this. I, for one, can’t get it off my turntable and I can’t recommend it highly enough.