Record of the Week: ISS- Spikes 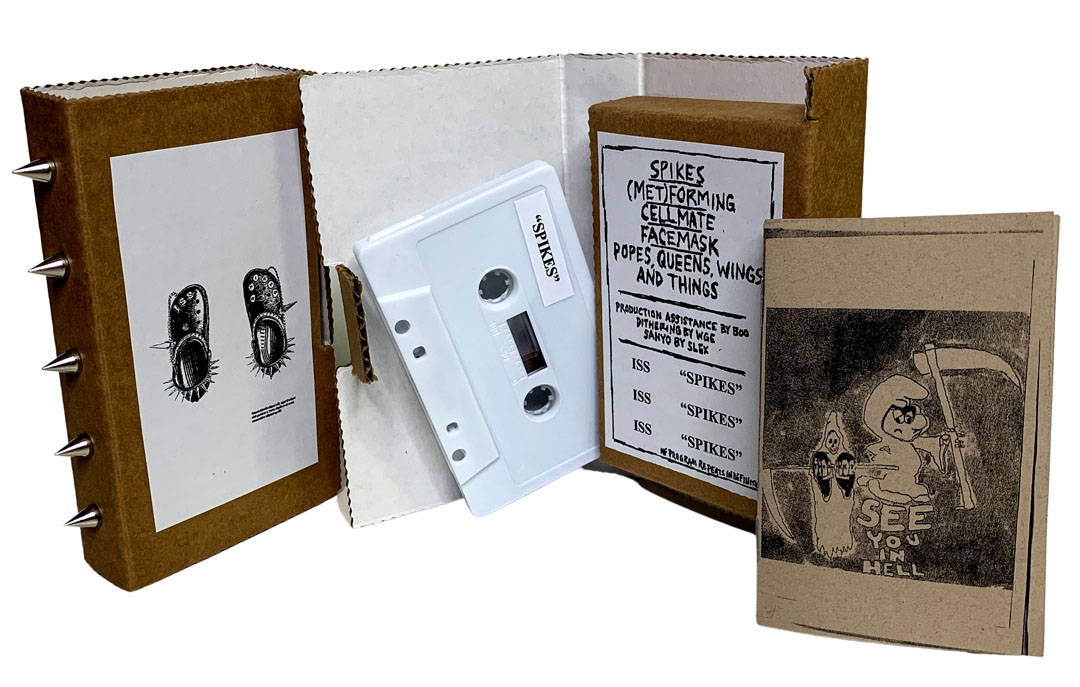 ISS: Spikes cassette (self-released) ISS just surprise dropped this cassette EP. I didn’t even know it was in the works until a couple of days before it was out, when Rich hit me up to ask if Sorry State would distribute it (which, duh, we agreed to immediately). The title of this tape is Spikes, which refers both to the punk accessories (which also adorn the ridiculous packaging) and to the “spikes” in COVID cases and deaths during the pandemic. I didn’t see the latter meaning until I read the lyrics, and it made me realize that ISS is one of the few contemporary punk bands I trust to address topical subjects like this in a way that doesn’t seem cliche, like it’s trying to hard, or filtered through layers of punk nostalgia (though there’s plenty of that in the music). When a new ISS release arrives, I have a particular process that I go through. The first time I listen, I play “spot the sample” and marvel at the clever ways they’ve mashed up sounds from new and old punk records. The next time I read along with the lyric sheet and marvel at how smart and clever their lyricist Rich is. Then, I play the songs for the next few weeks, while it dawns on me how perfectly constructed and brilliant these tracks are as songs. If you think ISS’s whole sampling approach is a gimmick, you’re dead wrong… these would be great punk songs no matter how they were recorded, and the band’s original approach only makes them even better. I’ve only written about ISS and have given little attention to these five particular songs (mostly because I’m still digesting them), but I assure you they won’t disappoint any ISS fan.