Record of the Week: Horrendous 3D - The Gov. and Corps. Are Using Psycho-Electronic Weaponry... 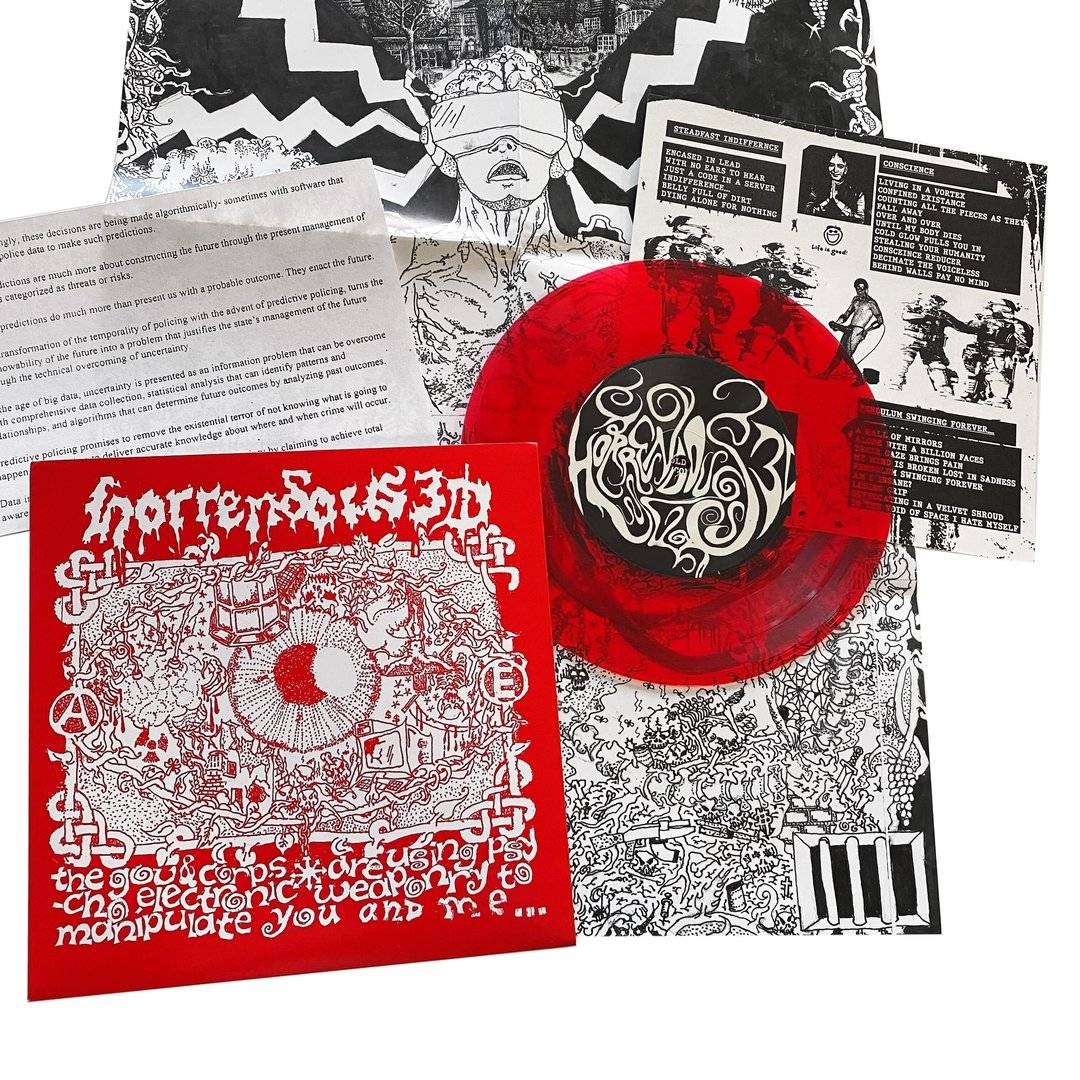 Horrendous 3D: The Gov. and Corps. Are Using Psycho-Electronic Weaponry... 7” (Whispers in Darkness) When I dropped the needle on this debut EP from Portland’s Horrendous 3D, I was not prepared. I knew the band’s name but hadn’t listened to them closely, and I knew to trust the Whispers in Darkness label (whose owner is Frank from Lebenden Toten), but FUCK… this thing is just relentless. Frank mentioned younger folks raised on Confuse and Gai getting into UK crust like Doom and E.N.T., and that’s exactly what this sounds like. The top-end frequencies have the psychedelic noise textures of the best Kyushu-influenced bands (including Lebenden Toten), but the bottom end is a full-on battering ram like the UK crust stuff. It’s a real peanut butter and chocolate scenario. Besides having a fresh style, Horrendous 3D is a great band. They remind me of D-Clone in their ability to create dramatic arrangements that keep the excitement level very high. There’s this moment where everything drops out, the vocals shout something unintelligible but very angry, and then the whole band drops in on the last syllable… that moment is straight up magical. I also love that it sounds truly extreme. Jeff said it bummed out customers at the store, and it’s grimy and disgusting in all the best ways possible. And on top of all that, it has awesome packaging, including multiple inserts, cool illustrations, and a pocket sleeve that’s red on the inside instead of white. I can’t get enough of this. If this band and Rigorous Institution ever play the same gig, I’m flying to it.