Record of the Week: Heavy Metal - V- Live at the Gas Station 12" 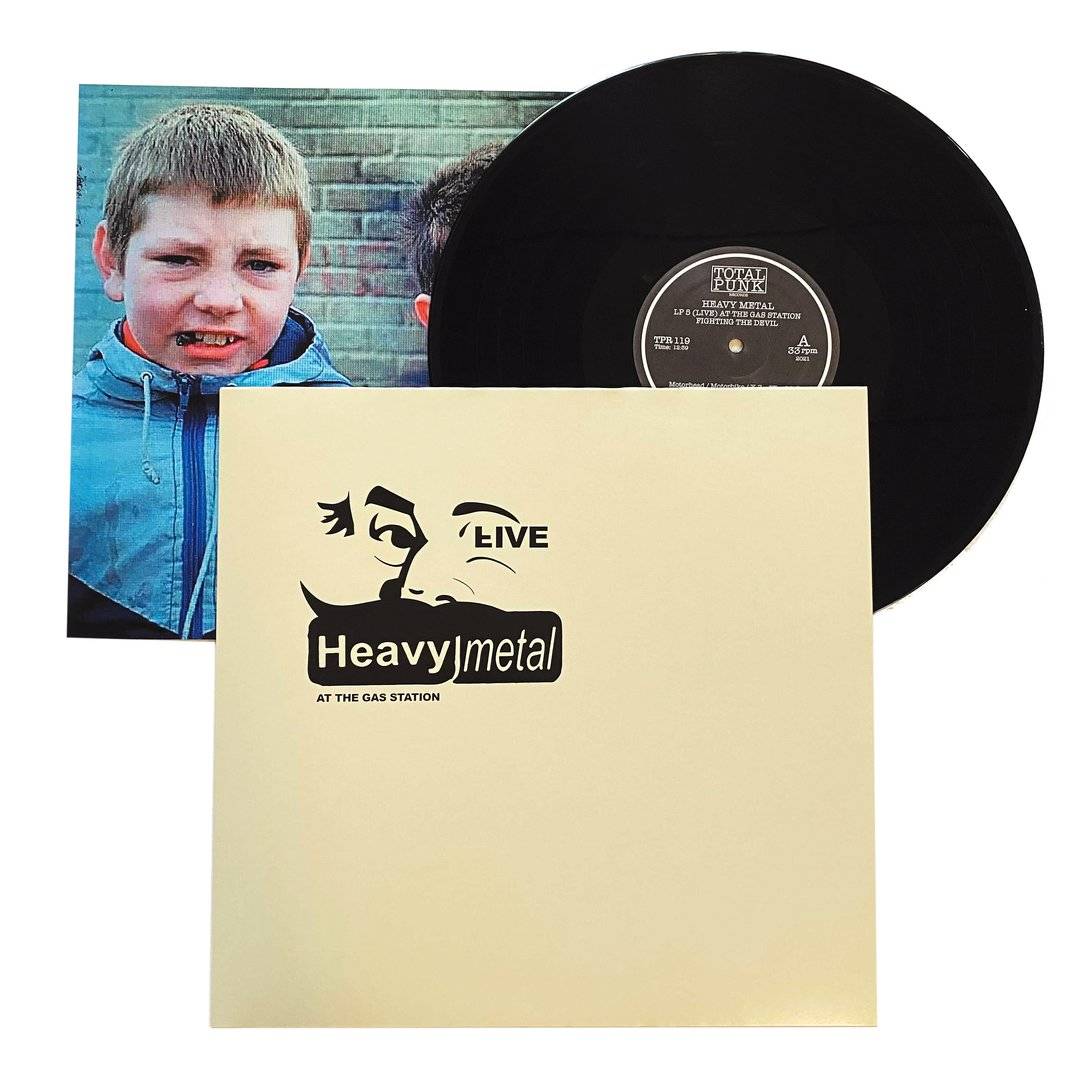 Heavy Metal: V - Live At The Gas Station 12” (Total Punk Records) If you thought Heavy Metal’s well of inspiration ran dry after they dropped their fourth album, a 24-track double, in late 2019, then think again. V - Live At The Gas Station pares things back to a svelte 12 tracks, but they are all certified bangers. Heavy Metal’s silly name, robust discography, and irreverent lyrics might lead you to think their music is inconsistent or underdeveloped, but there isn’t a moment I’d shave off this record. The shoegaze/Britpop song called “Motorhead,” the oi!-ish “Boots of 69” (I think I heard the lyric “skinheads break wind” somewhere in there), and the classic melodic punk of “Bored Into My Mind” are all essential, but even the weirder moments like “Centipede Venom” and the obligatory off the wall cover (“Burning Love,” retitled “Gebrannte Amore”) are perfect, and would be the highlights of a lesser band’s album. Like their spiritual brethren ISS, Heavy Metal’s music is poppy enough to have you singing along by the second listen, but so dense and intricately crafted that it’ll take hours of turntable time to wrap your mind around it. If you love punk rock with hooks, wit, and energy, you should listen to Heavy Metal. And if you’ve already been buying Heavy Metal’s records, V is certainly not the place you want to stop.