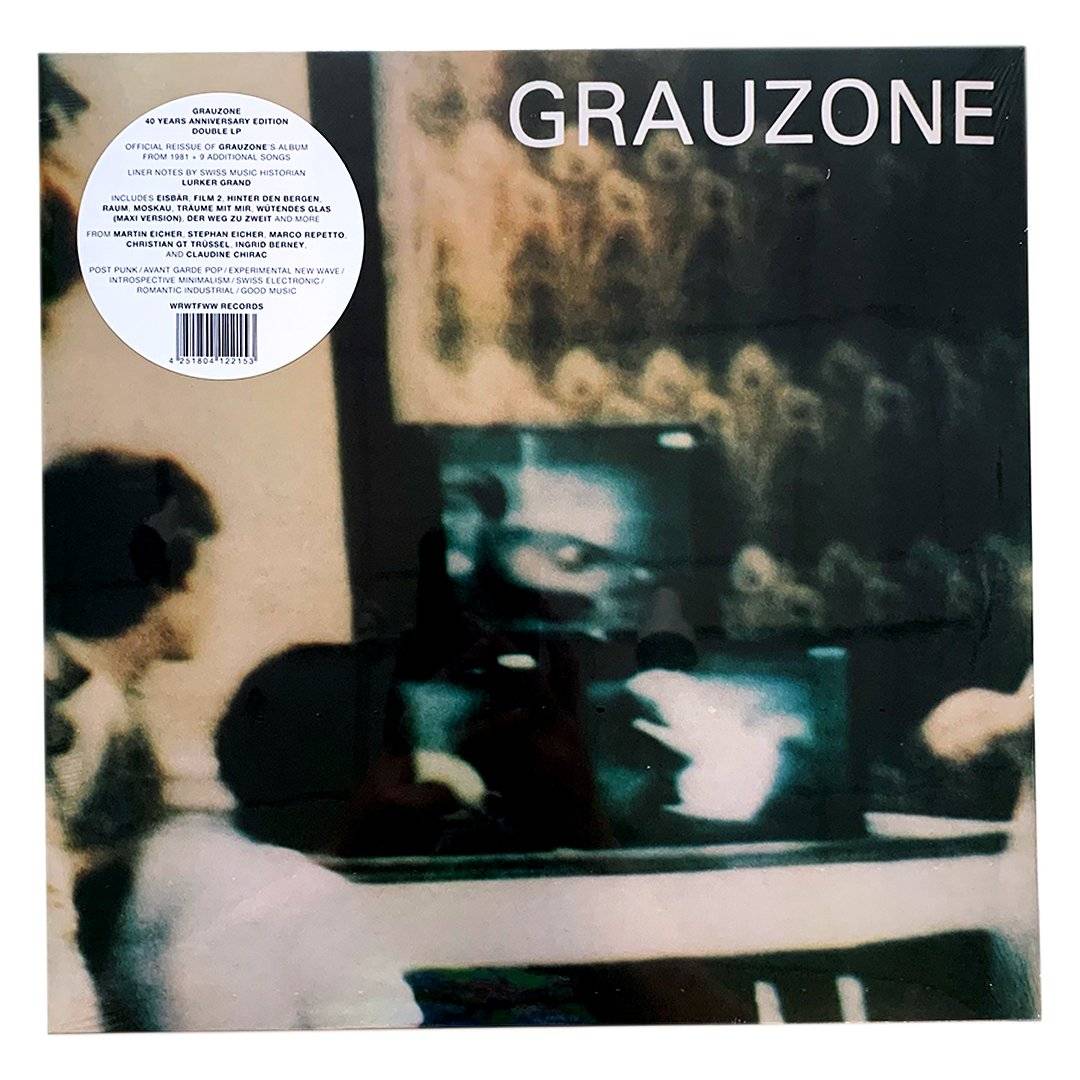 Grauzone: S/T 12” (40th Anniversary Edition) 12” (We Release Whatever the Fuck We Want) This double LP compiles all the studio recordings by this Swiss post-punk band, including their lone album from 1980 and their three singles, including the all-time post-punk / minimal wave banger Eisbær (see my description from a couple years ago for more info on that). Grauzone grew out of the Swiss punk band Glueams (whose reissue we named Record of the Week a while back), but left behind punk for forward-thinking art rock, a trajectory not unlike Wire’s. Like Wire, Grauzone took punk’s intensity and melded it with art rock’s progressivism and the mechanical rhythms of Kraftwerk, arriving at a sound that is cold and industrial on one hand, but dense, complex, and intellectually gratifying on the other. I don’t know this for certain, but it sounds like punk inspired these folks to play music, but once they got the instruments in their hands, they realized they like the b-side of David Bowie’s Low more than they liked the Sex Pistols or the Clash. If you like the basic touchstones of post-punk—Joy Division’s Closer, Wire’s Chairs Missing, PiL’s Metal Box, Siouxsie & the Banshees’ Join Hands—it’s hard to imagine you wouldn’t love this album. And if you like the album, the singles are just as essential, particularly the dance floor smasher Eisbær. Oh, and if you’re a deep head, we’re also carrying a limited box set version that adds additional live material and a thick booklet that expands on the already-informative liner notes that appear on this 2x12” version.