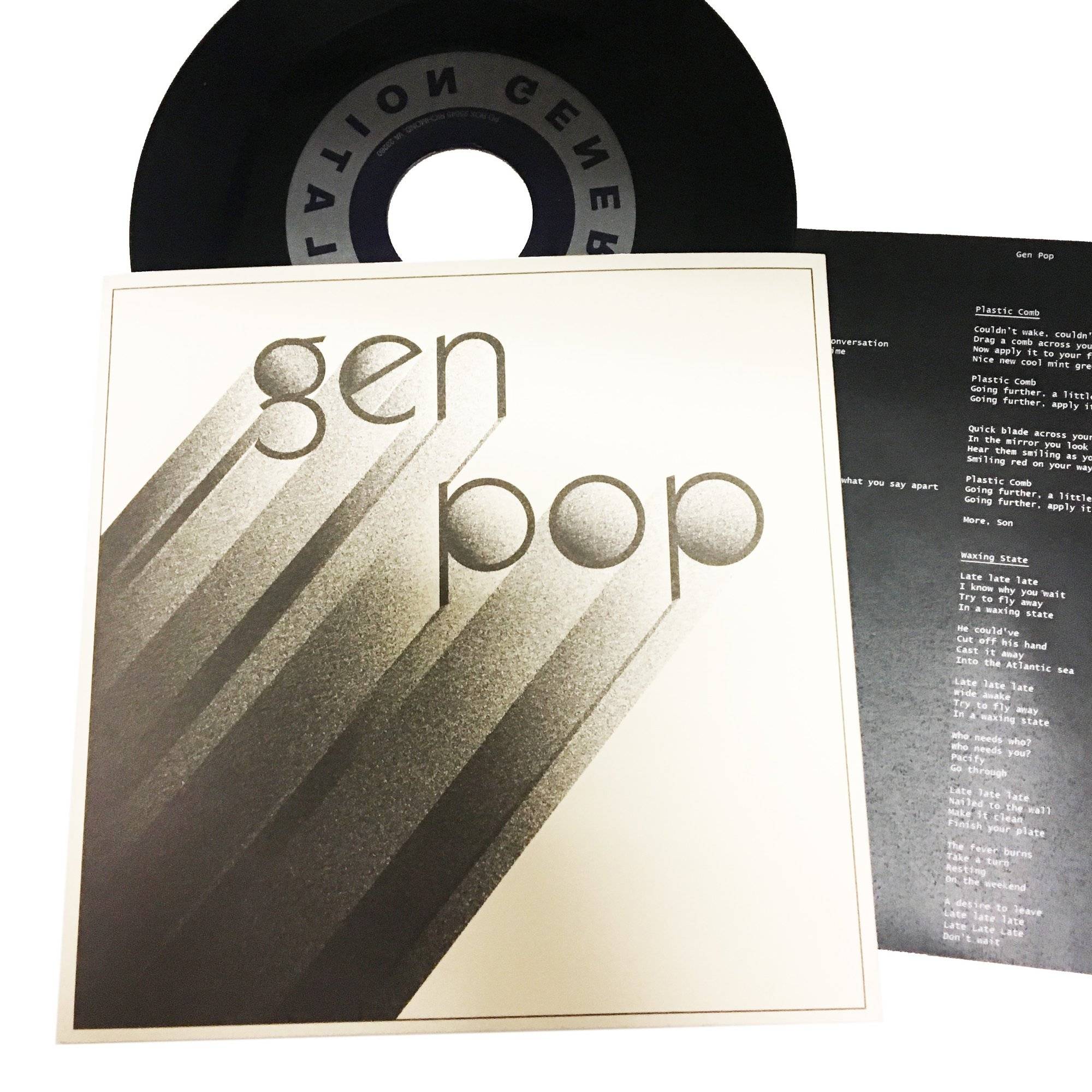 Gen Pop: II 7” (Feel It) Latest EP from this Olympia band who had a standout previous 7” on Lumpy. As before, the early Wire vibes are very heavy here… while there are a couple of nods to Wire’s more ambitious and pop-oriented material, Gen Pop are like a glimpse into an alternate universe where Wire filled out entire records with short-and-fast burners like “12XU” and “Mr. Suit.” Not only is it that the songs on II are predominantly short and fast with a thin and scratchy guitar sound (though that’s definitely the case!), but also Gen Pop have the ability to slide these little earworm-y melodies into their songs just like Wire did. I know that I’m really harping on the Wire thing here, but lovers of punk minimalism across the board—from the Urinals and the Middle Class to early Government Issue to the Shitty Limits and beyond—will love Gen Pop’s tightly wound sound. I have to say I’m looking forward to seeing where Gen Pop’s sound goes on future releases, but in the meantime I can’t imagine how this 6-song ripper could have been any better.
Back to News