Record of the Week: Fried Egg: Square One LP 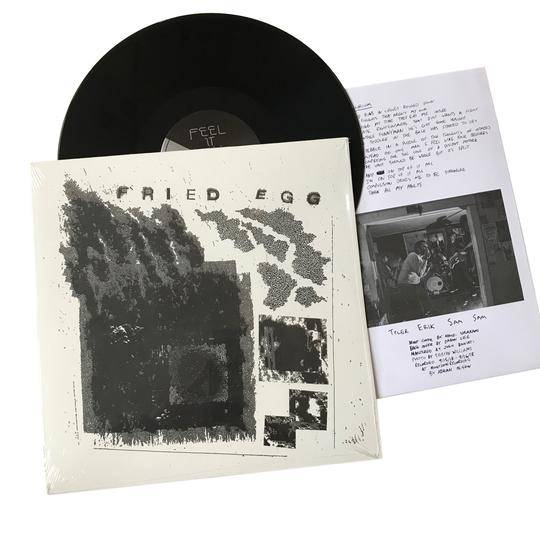 Fried Egg: Square One 12” (Feel It) After nearly five years and a slew of EP releases, Virginia’s Fried Egg lay their debut 12” on us. It’s a short one with only nine songs, but there’s not an ounce of fat on this prime cut of American hardcore punk. While I liked all of Fried Egg’s earlier releases a lot, I always thought I heard something more distinctive bubbling under the surface of what appeared to be merely an excellent hardcore band. Square One is where they prove me right. While there’s plenty of hardcore on the record, the ability to rage out isn’t the only thing in their bag of tricks. Fried Egg has gotten so tight and locked-in they can now take their sound to different places, like the woozy, off-kilter rhythm of “Transient,” the more melodic “Confidence,” and the tough but groovy, Black Flag-esque rhythms featured on nearly every track. Black Flag is the comparison I keep coming back to with Square One. Like Flag, Fried Egg inhabit their rhythms, getting deeper into the pocket and heavier than any contemporary band I can think of. I remember reading that Black Flag used to practice their songs at uncomfortably slow tempos, building the speed incrementally so as not to lose the wrecking ball force generated when they all locked into a groove. I don’t know if Fried Egg did the same thing, but they generate a similar level of force. Further, while Black Flag’s later releases all had somewhat crappy production, Square One sounds amazing. The band tracked it live to analog tape and the power of four well-practiced musicians playing together in a room blows away any cheesy ProTools manipulation. At the risk of overstating my case, Square One is the record I want In My Head to be. While I’ve written about the band’s power, I don’t want to give short shrift to their songwriting, as Square One is jam-packed with catchy riffs and the song structures are lean without sounding spartan. Hardcore is punk boiled down to its essence, and that’s what I hear on this record. In case you can’t tell, I’m pretty much in love with Square One. If you love hardcore you will wear this record out, and even if you only have a passing interest in the contemporary scene, this should be one of the handful of hardcore records you buy in 2019.