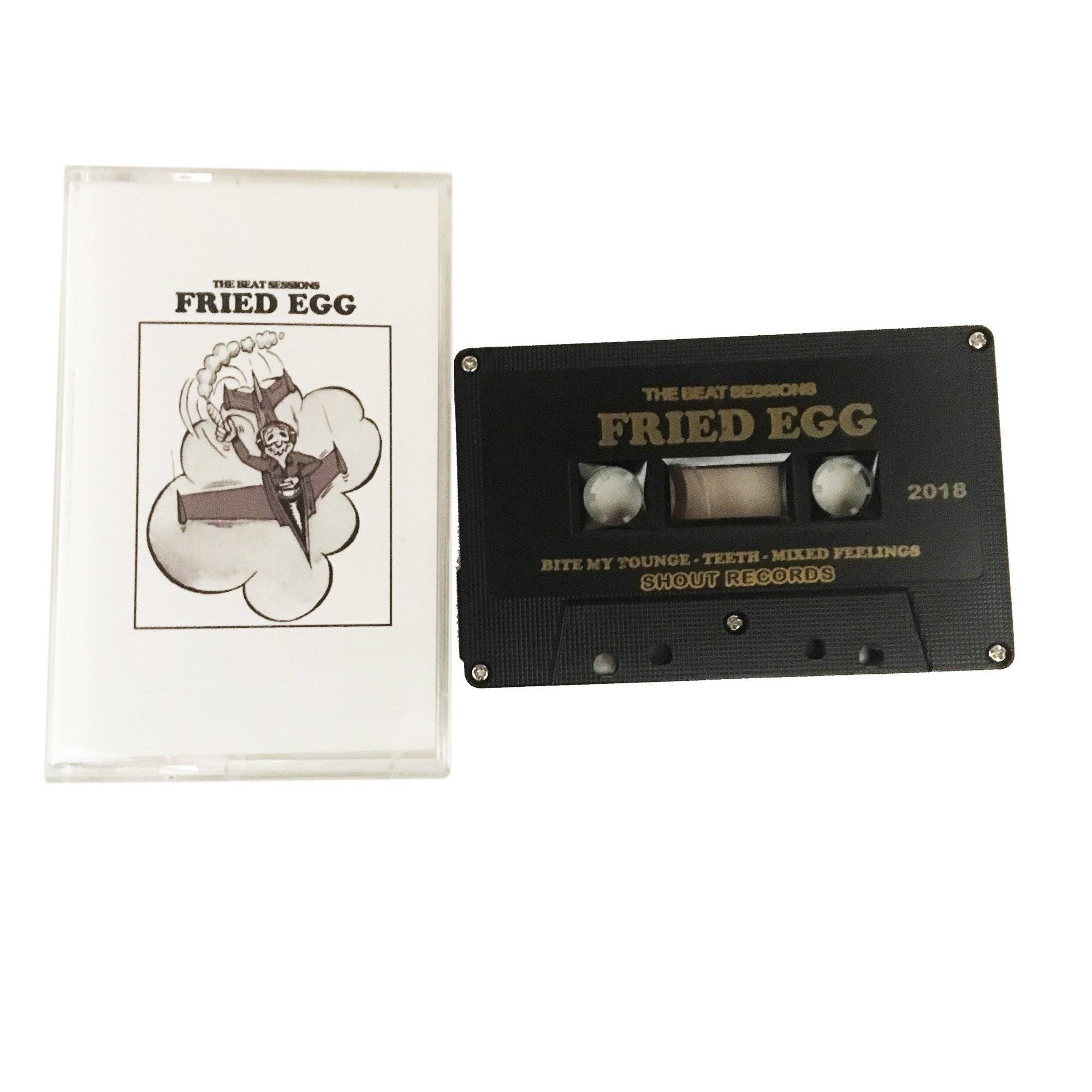 Fried Egg: Beat Session Vol 4 cassette (Shout Recordings) As much as I have loved every Frieg Egg recording so far, I’ve always felt like there was something more lurking beneath the surface, waiting to break through, and on this new cassette that bubbling undercurrent finally reaches the surface. First, though, for the uninitiated, the Beat Sessions are sort of like a modern, DIY version of the Peel Session. From what I understand, bands stop by Shout Recordings when they’re on tour in California and do a quick recording. While I don’t think it’s necessarily “live in the studio,” there isn’t time for obsessive retakes and overdubs, so you end up with something that melds the organic, “people playing together in a room” quality of a live recording with the clarity and power of a polished studio recording. So far, all 4 volumes have been excellent. Now, back to Fried Egg. They’ve always been a furious USHC-style band (and they still are! Just check the killer Mecht Mensch cover here, as well as original tracks like the blistering “Teeth”), but they seem to be pulling from a wider set of influences now. “Bite My Tongue” is the real standout—and I’m glad they made it the first track—with its insanely catchy main riff, which takes a classic-sounding descending rock and roll riff and twists and distorts it into something entirely the band’s own. Later in the track they hit on some lurching, later Black Flag-style rhythms (which they break out in other songs as well) that really showcase the tightness and power that the band has developed. Not many bands can transition from full-bore thrash into those kind of heavy, in-the-pocket rhythms in the space of a single song without it sounding forced, but Fried Egg knock it out of the park. I think I remember hearing that the next official release from Fried Egg will be an LP, and these five tracks hint that that record is really going to be something else. In the meantime, though, I’ll be wearing out this tape.