Record of the Week: Fairytale - S/T 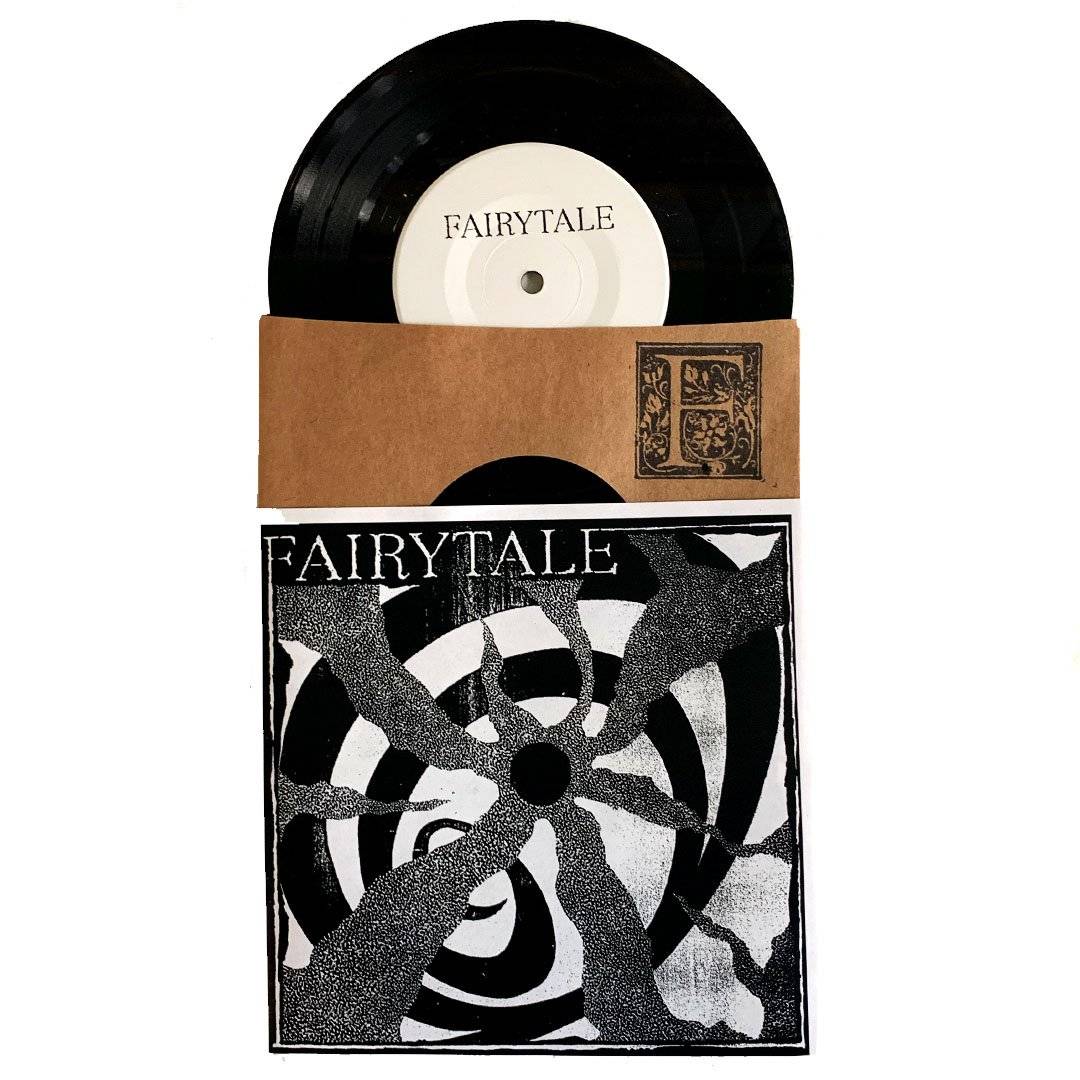 Fairytale: S/T 7” (Desolate Records) I thought the debut flexi from New York’s Fairytale was strong (in fact, we named it Record of the Week back in January 2020), but this 7” is on another level. A couple days after this came in, I was sitting in my office and Jeff was like “hey, have you listened to that new Fairytale record yet?” and we blurted out at the same time “IT’S SO KILLER!” I know that, in my case, I was expecting another strong d-beat record with killer drumming, but this EP is so much more. Fairytale recorded with Joe Nelson at D4MT Labs, and like pretty much everything that comes out of that place, it’s just dripping with vibe. My favorite old hardcore records—I’m thinking of things like Aburadako’s self-titled EP, Anti-Cimex’s Raped Ass, or even Minor Threat’s first EP—feel like they teleport me to another dimension… it’s like they don’t just sound “good,” they take over my whole body and all of my senses and demand total immersion. That’s what this record is like. It’s not just the recording, though… I’m enamored with the guitars here, with their fucked tone and the way the two guitar tracks wander away from one another during the leads, giving this that edge of chaos feeling like early Negazione or Wretched. Unless you just don’t fuck with raw, Scandinavian-style hardcore, you need to get this. It’s so good.