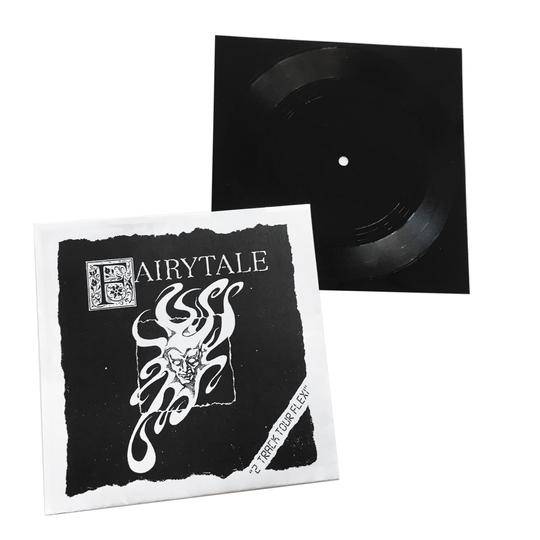 Fairytale: 2 Track Tour Flexi 7” (self-released)* *Teaser release from New York’s Fairytale; the back of the sleeve says to expect a 5-song EP soon, but it’s not clear whether these two tracks will reappear there. Regardless, this is some raging, primitive d-beat. It’s clear that Fairytale takes a lot of inspiration from the 2nd and 3rd Anti-Cimex 7”s and the Shitlickers 7”, and while those aren’t uncommon influences, Fairytale makes it work. The sound is raw and very analog, constantly veering into the red, and while the riffs and rhythms are straightforward, there’s something about them that sounds classic rather than derivative. The only complaint I have about this EP is that it’s so short, but I can confirm it retains its impact through repeated plays. Nothing fancy, nothing flashy, just pure d-beat hardcore done exactly right.