Record of the Week: English Dogs - To The Ends of the Earth 12" 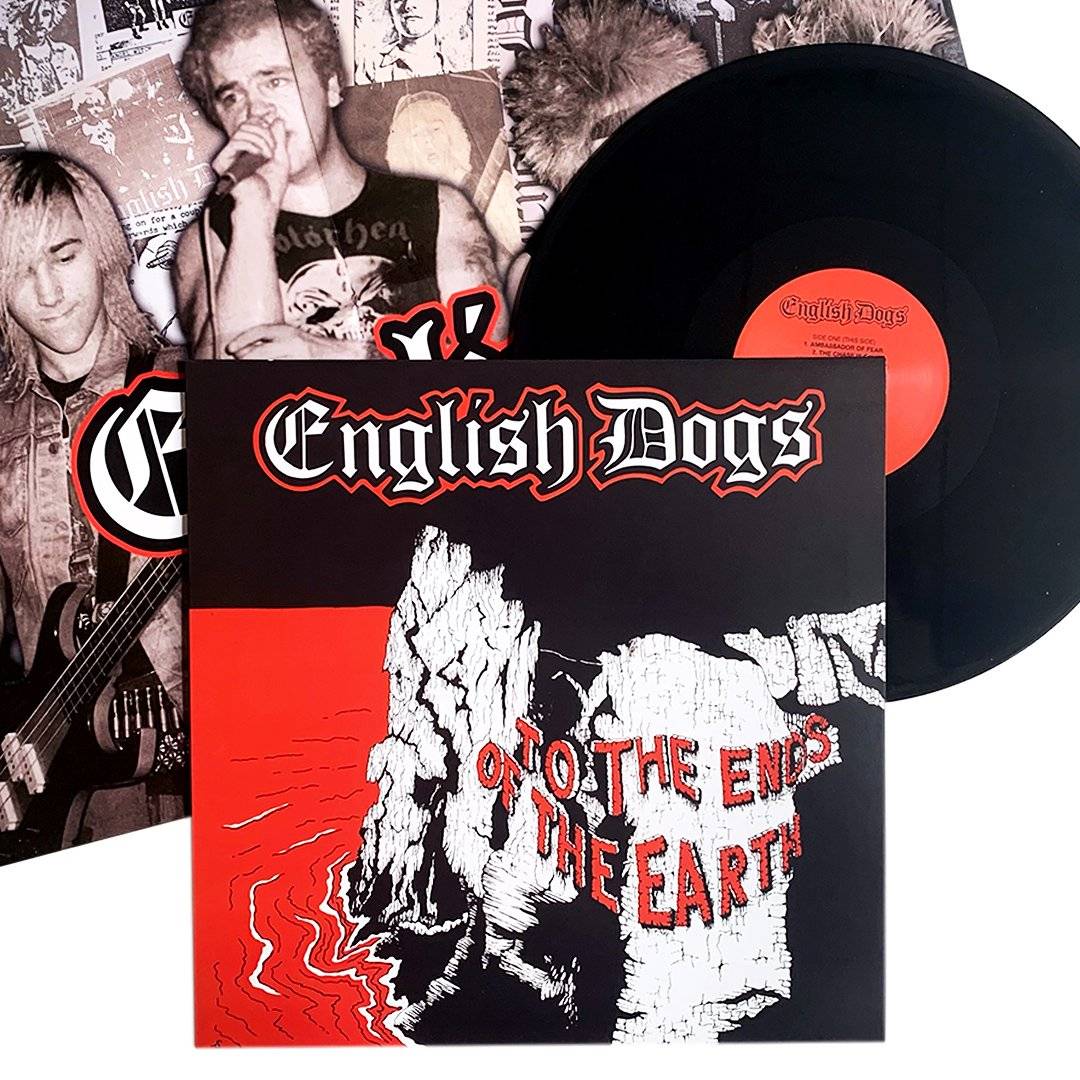 English Dogs: To the Ends of the Earth (Bomb-All Records) I’ve known about English Dogs for a long time, but I haven’t spent much time with their music. The only English Dogs record I owned previous to this reissue was their third album, 1986’s Where Legend Began, and the thing I remember most about that record is that it sounds a lot like Metallica. I think it might be time for a deeper dive, though, because I’ve been obsessed with To the Ends of the Earth since this reissue came into the store. It still sounds kind of like Metallica to me, but I have more of a soft spot for this style of punky thrash / thrashy punk than I did a few years ago, having gotten obsessed with Sacrilege’s second album, Within the Prophecy, which has a similar vibe. Beyond having cool style, though, the songwriting on To the Ends of the Earth is just perfect. The band builds their songs around chunky riffs with lots of palm muting, but what really makes the songs take off is how they come together and build from part to part. This sturdy foundation allows the lead guitarist to go on all the long, crazy lead runs, weaving in and out of the riffs and peppering the tracks with memorable leads that remind me of Randy Uchida’s in that there are a lot of hammer-ons and pull-offs, but with a strong sense of structure and melody. With only four tracks there isn’t room on To the Ends of the Earth for anything but excitement, and it builds to a brilliant crescendo with the final track, “Survival of the Fittest,” whose anthemic chorus always gets me yelling along. Having grown up in the era when the scene frowned upon punk bands “going metal,” I glossed over a lot of records in this vein, but like the aforementioned Sacrilege LP, Broken Bones’ Bonecrusher, or the Exploited’s Death Before Dishonour, To the Ends of the Earth is a masterpiece of metal-punk fusion.