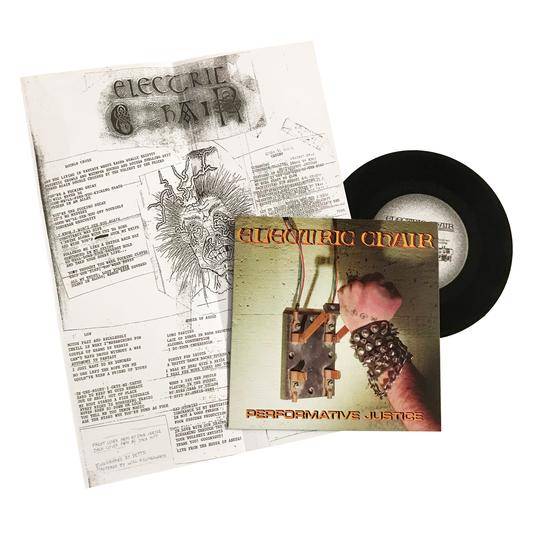 Electric Chair: Performative Justice 7” (Iron Lung) Fast and off the rails hardcore seems to be the style of the moment—at least for a substantial contingent of kids, many of them in the Pacific Northwest—and I couldn’t be happier. If you’ve been into recent records by bands like U-nix and Suck Lords, this new one from Electric Chair should be high on your list of new releases to check out. While they’re not as loose or as lightning fast as either of those two, Electric Chair’s heaviness and their penchant for explosive guitar histrionics both contribute to their signature take on the style. The guitar riff in “Casino” is wild and catchy as hell but unlike anything I’ve ever heard in a hardcore song before, while the careening guitar solo in “Law Means Nothing” is so fast, chaotic, and intense that I can’t sit still while listening to it. While Performative Justice doesn’t reinvent the wheel, it’s explosive and alive and vital in all the ways I want hardcore punk to be. 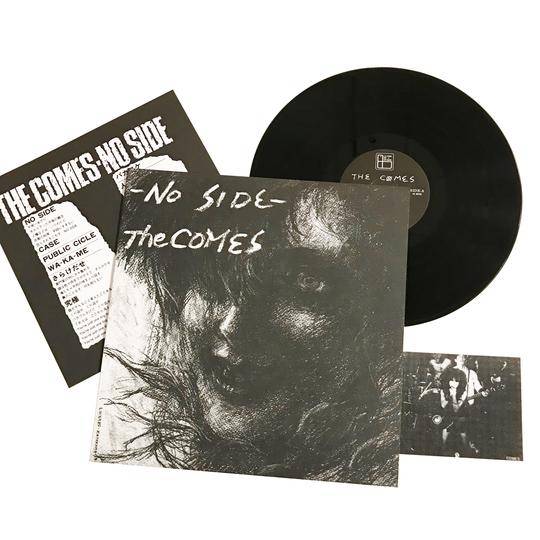 The Comes: No Side 12” - As much as I’d love to shed some light on a current band’s release this week, I can’t help but pick a no-brainer. No Side is just one of those records that I remember discovering and loving however many years back, but as time has passed I think to myself: “Wow, it really doesn’t get much better than this.”  A must-have record for fans of all things Japanese punk. Chitose forever.

Also, I know I talked about it last week but you’re a dum dum if you don’t snag that Electric Chair 7”! 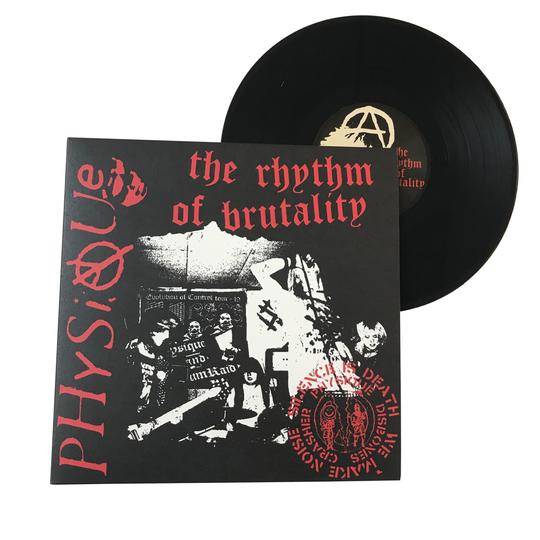 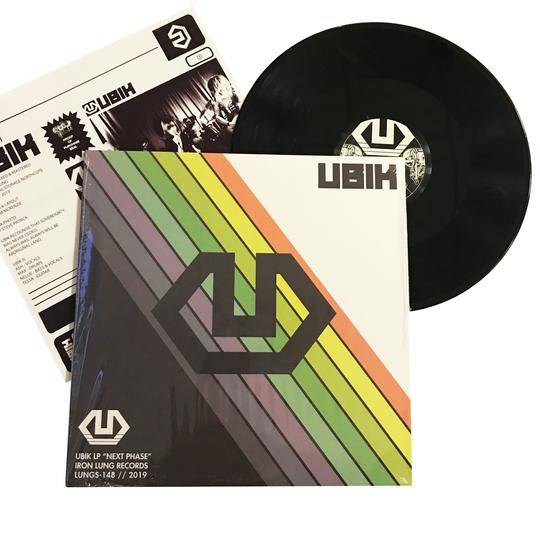 UBIK: Next Phase 12" - Fast punk with a posty punk edge. Very riffing and melodic, but also a little aggressive. When we got this in the shop I wasn't expecting to like it based on the artwork, but I'll be damned if I haven't spun it like 4 times in the past 2 days. Ionno man, it's just fucking awesome!

PHYSIQUE: Rhythm Of Brutality 10" - Holy shit this fucking KICKS ASS. It sounds like what Disclose would've sounded like if they existed in the 2010s (RIP Kawakami). Distorted guitars and bass, snarling bass, and super guttural vocals. In words of my friend Marty, "This is missile dropping music."

Also I just want to say that I have also been listening to The Muffs non fucking stop. Somehow this band went completely under my radar until Kim Shattuck passed last week (RIP). It's a bummer that I discovered this band under such shitty circumstances, but I'm glad I did. The Muff's brand of pop punk/melodic punk is what hits the spot for me. I fucking love it.

Two records this week that were released fifty and fifty-one years ago at the back end of sixties, that in their original forms would cost you several hundred dollars for the first and a couple of grand for the second, if you could even find one. Both have had reissues of varying legitimacy over the years but are now once more available, remastered, legit and not costing a fortune. 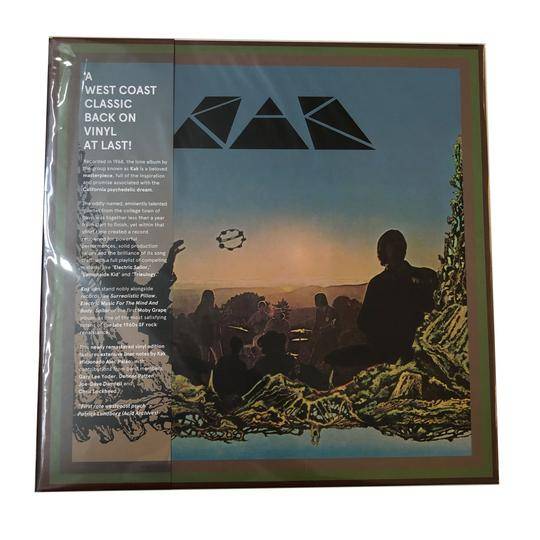 First up, we have from California, the awesome Kak, whose self-titled LP from 1968 is correctly revered by those who appreciate West Coast Psych. Formed from the ashes of Garage Band Greats, The Oxford Circle and aided by a C.I.A. bigwig, the band came together, recorded and released their LP, played some shows and disappeared in just over a year. What they left behind was a legacy that has lasted half a century and should continue with this issue of the record. You can read all about their story within the great liner notes from Alec Palao but if you like Jefferson Airplane, Moby Grape, Quicksilver, The Dead and Love, among others, then you will be in for a treat when you put the needle down on to this beauty. Guaranteed. 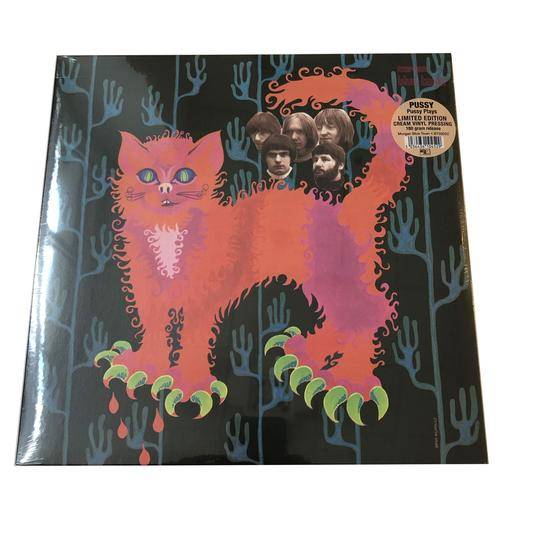 Moving over to England next and a year later with another obscure record that has been known amongst aficionados of UK Psych and Prog for some time and has been released in a number of variations but is now out in a legit and limited cream colored vinyl addition sounding great. Recorded for Morgan Blue Town, this record is another one-off affair that should appeal to those hungry for more late sixties, obscure, progressive music. The sound is built on Hammond organ and keyboards with nice driving bass and lead guitar licks and the odd Theremin sounding synth bit thrown in for good measure. Is it an essential record? Perhaps not, but if you already have the big-name records in your collection from the likes of Tomorrow, Skip Bifferty, Pink Fairies and Floyd and you still thirst for more, this could be the one for you. Highlights include opener “Come Back June”, closer “G.E.A.B.” and in between the aforementioned Theremin soaked “Comets” and the track that gets comped “The Open Ground”, their psych classic. Listening again I also dig the track “We Built The Sun”, which has a nice mellow groove and may have been plundered by Pavement for a guitar lick. Overall I think the record stands up and is a worthy addition to a psychedelic and progressive household. Go check it. 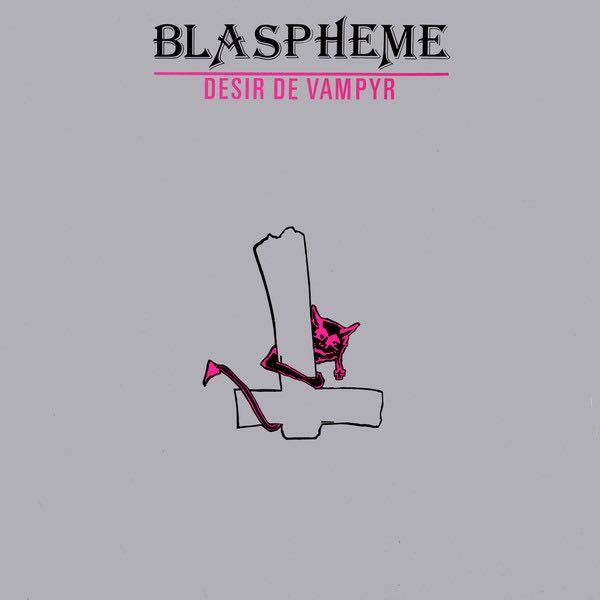 Blaspheme: Désir De Vampyr (1985) This is a classic French heavy metal record with tons of punk influence! It’s an album you can listen to on repeat and not get tired of for hours. Each track is truly anthem worthy and deliver dark yet electric riffs. Marc Fery’s vocal’s are definitely my favorite contribution to this record. He delivers these INCREDIBLE high notes that contrast so fiercely with some of the more bluesy, deep growls incorporated. It’s hard to chose a favorite track off this album as they’re all so different, but I’d have to go with track 4, “Saint d’esprit”. It starts off slow yet very heavy with driving bass and slow galloping guitar riffs. It quickly transitions into a very melodic and groovy chorus that leads straight into a solo that will truly melt your face off. Incredible stuff. Definitely give it a listen if you are a fan of Queensrÿche (early), Sortilège, Running Wild (early), and Oz!