Record of the Week: Drill: This Is Not a Drill cassette 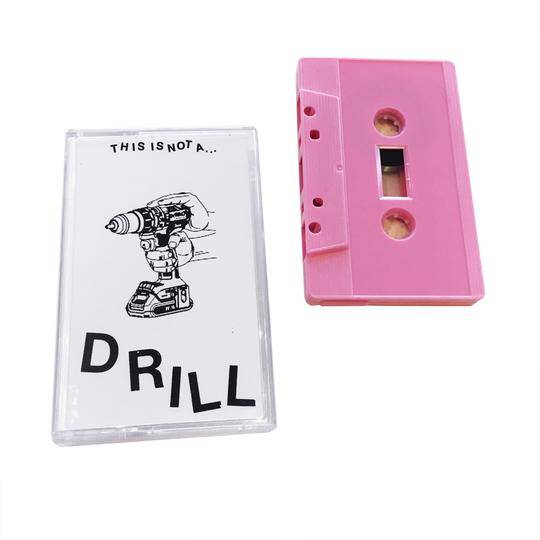 Drill: This Is Not a... cassette (self-released) This Is Not a Drill is the debut cassette from this Philadelphia band and it’s a keeper. Drill’s sound is primitive and noisy, with simple and loose drumming, catchy bass lines, and squealing, noisy guitars and synths. While the sound is nasty, the songs are memorable. “Assimilate” sounds like Fall’s early singles, while “Predator” has a darker, more propulsive energy that makes me think of Warsaw, the early incarnation of Joy Division. Things get more abrasive and avant-garde for the next handful of tracks (the wild vocalizations in “Incomplete” being a particular highlight) before the tape finishes out with “Kate Bush,” whose melodic bass line and slacker rhythm make me think of Slanted and Enchanted-era Pavement. Rather than developing a particular motif and beating it into the ground, Drill sounds like a band bursting with ideas. Great artists and musicians slumming it in the world of noisy punk rock is one of my favorite things, and if you agree, this little gem should fit snugly in your cassette collection.